Breaking News
9 hours ago-Brutal Killing, De-humanizing of IDPs in Assam: A Gross Violation of Human Rights and Land Policy
5 days ago-Nine of a family dead in a road accident in Chhattisgarh
2 weeks ago-Taliban announce new acting govt for Afghanistan: Here’s a full list of cabinet ministers
2 weeks ago-Uzbekistan lifts ban on wearing headscarf in schools after parents' appeals
3 weeks ago-Hurriyat leader Syed Ali Shah Geelani passes away at 92 in Srinagar
Opinion
May 18, 2017
Author: Shams Tabrez Qasmi
By M. Burhanuddin Qasmi
Hon’able Supreme Court has finished hearing on the Triple Talaq today. It was the 6th and the final day of hearing. Now the Court will give its verdict anytime in near future which will be very important for India, Indian Muslims and future of India. It may take some time for the learned Bench of 5 Judges to go through all the details of arguments and counter arguments from all three sides – applicants, Union Govt. of India and the Muslim personal law defending NGOs – All India Muslim Personal Law Board (AIMPLB) and Jamiat Ulama-e Hind.
To my understanding the SC has asked in its opening remarks in the first day, ‘is the issue of Triple Talaq a religious part of Islam’? It further stated that it will hear only Triple Talaq in one go for the time being and not Triple Talaq in three periods or one irrevocable Talaq. It also said in its opening remarks that now it will not touch polygamy, bigamy and Halala issues.
The learned Court, reportedly, indicated further that if Triple Talaq in one go is proven to be an internal part of Islam, then it may not go to interfair into Islam’s internal practices.
Now at the end of the hearing, what we could understand as commoners by going through various media reports and talking to people connected with Muslim personal law respondents that the applicants have mainly based their cases on male-female inequality, social and personal degradation of Triple Talaq victims and unjust behaviour of husband and in laws. They tried to prove that Triple Talaq never exists in Islam and it is an unIslamic innovation.
The first responded- Union of India has also mainly argued on gender inequality, women rights etc. but it went beyond Triple Talaq in one go. The summary of Government’s argument seems to be as if it is not much interested on instant Triple Talaq rather it feels Islam’s system of divorce needs to be readress afresh. And the Union Govt. is willing to bring about new laws “to support” Muslim women.
I think both the defending respondents’ advocates have done their job professionally well. With a few exceptions they were strictly within the questions raised by the Hon’able SC. AIMPLB has statistically proven that instant Triple Talaq is not at all a common practice among Muslims as being made an issue with unprofessional and negative media campaigns. These uncalled for incidents are less than point five (0.5) per cent in all divorce cases among Muslims. It is an entirely personal and religious issue for Muslims, being practiced from the very inception of Islam and as per the rights guaranteed in the Constitution of India, this Hon’able Court should not interfere into any religious group’s personal affairs.
On the other hand Jamiat has proved that Triple Talaq is a part of Islam’s civil life and it is clearly doctrined from Qur’an and Sunnah. There may be differences among different schools of thoughts within Islam – either three talaq is one or three, but entire Islamic world is unanimous that Triple Talaq exists and it has its affect as one or irrevocable three. In case of an internal difference within Islam on textual grounds, the Hon’ble SC has no locus to interfere or explain the Qur’anic text.
Jamiat has also put it well quoting from Islamic Texts that marriage is among the work of worship in Islam, without it no man and woman can live as wife and husband, rather it will be considered as adultery and a heinous crime. When a marriage is broken as per Islam, the Hon’ble Court should not force any individual citizen to commit crime, at least those who believe and practice on that explanation of Shariah.
To my understanding the SC might find the defending arguments strong enough to give any clear verdict against them. I am afraid, it may take an unexpected stand and ask the Union Government to bring about its new law on divorce in Islam. Here the Govt. will win, the original Triple Talaq victims may find as cheated and used, and the defending Muslim NGOs will count a heavy waste of their energy and resources. 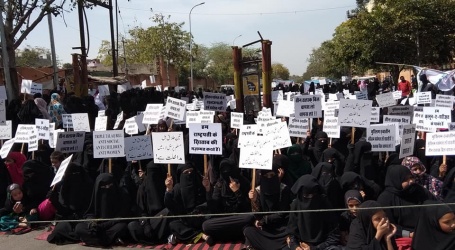