Not many observers believe that US Secretary of State Rex Tillerson will survive as the most-neutered US Secretary of State since the days when Richard Nixon’s national security adviser Henry Kissinger called the shots on foreign policy to the chagrin of Secretary of State William Rogers. Rather than lead like a constitutionally-mandated president, Donald Trump has emulated the Roman emperor Claudius in many ways.

With this article’s title’s paraphrasing credit to the 1934 novel by Robert Graves, “I, Claudius,” Trump, like Claudius, entered politics later in life – although in Claudius’s case, he became the co-consul to his brother, the tyrannical Emperor Caligula, at the age of 46. Trump entered US presidential politics from the world of real estate, casinos, and entertainment, in his late 60s. Claudius, like Trump, spent most of his pre-political life mired in games of chance and womanizing. Claudius had four wives, Trump three. Claudius, like Trump, was an avid fan of violent sports. Claudius liked Roman gladiator duels-to-the-death and chariot races, Trump his “professional” wrestling and boxing.

Trump, like Claudius, does not possess a keen intellect. However, both took on dangerous military adventures. Claudius invaded and annexed Britain in the 1st century AD. Although initially triumphant, Claudius’s extension of Roman rule into the British Isles would eventually overextend the empire, which would lead to its collapse. Trump, although eschewing “regime change” conflicts encouraged by his two immediate predecessors – George W. Bush and Barack Obama – wholeheartedly embraced them after succumbing to the influence of neo-conservative policy advisers.

Claudius eventually fell victim to the political designs of his fourth wife, Agrippina, who is believed to have engineered a plot to poison the emperor. Upon Claudius’s death, Agrippina succeeded in having her son, Nero, placed on the throne. Claudius’s demise is where the similarities to Trump generally end, although, the Trump White House internecine internal political warfare is worthy of any palace intrigue through history.

Trump follows the advice of a dangerous cabal he has established around himself. On issues of the Middle East and relations with Muslim nations, Trump’s cabal possesses a toxicity never seen before in a US administration. This cabal revolves around the troika of Jared Kushner, Trump’s son-in-law with many portfolios; Jason Greenblatt, former chief legal officer for the Trump Organization and now Assistant to the President and Special Representative for International Negotiation; and David Friedman, formerly with Trump’s law firm of Kasowitz, Benson, Torres & Friedman and now US ambassador to Israel. They, along with Trump, have succeeded in reversing 70 years of US Middle East policy by ensuring America’s recognition of Jerusalem as Israel’s capital. The Jerusalem decision will also see the United States move its embassy from Tel Aviv to property in Jerusalem originally seized by the Israelis from Palestinian landowners.

The Jerusalem decision sends a stark warning to Muslims everywhere, who regard Jerusalem as the third-holiest city in Islam, after Mecca and Medina. It also throws a gauntlet down to the Roman Catholic Church, Eastern and Coptic Orthodoxy, and mainstream Protestantism, all which regard Jerusalem as not only Christianity’s most-revered city but an international zone that ought to be placed under joint Israeli-Palestinian control or under a regime like those of past international city-states, Tangier, Danzig, and Trieste, for example. By rewarding Israel with US recognition, Trump’s action was a slap in the face to Christians in Jerusalem who have been forced to contend with hundreds of vicious Jewish hate attacks on Christians, such as the scrawled words in Hebrew, “Death to the Heathen Christians, the enemies of Israel” and “Christians to Hell,” painted on the Benedictine Monastery in the Old City of Jerusalem, the revered site of Jesus’s Last Supper. The Israeli government has taken no action to find and punish the perpetrators of these anti-Gentile attacks by Jewish hate mongers.

Trump also tossed aside campaign promises to avoid plunging the United States into George W. Bush and Barack Obama-era “regime change” debacles abroad. No sooner had economic protests broken out in Iran, Trump borrowed from Israeli propaganda barrages by tweeting out his support for an end to Iran’s “brutal regime.” This came after Trump said he wanted to scrap the P5+1 nuclear agreement with Iran, something urged by Israel’s Prime Minister Binyamin Netanyahu. It is all but certain that Trump’s Central Intelligence Agency director, Mike Pompeo, a Christian Zionist in the same mold as evangelical soothsayers like John Hagee, Pat Robertson, Paula White, Robert Jeffress, and Jerry Falwell, Jr., ordered CIA assets in Iran and on its periphery into action against the Iranian government at the first whiff of popular discontent over the state of the Iranian economy.

Trump wasted no time at the outset of 2018 in not only engaging in a tweet storm aimed at Iran, but choosing to criticize Pakistan, the only Muslim nuclear-armed nation. Trump ordered $255 million in US assistance to Pakistan halted, accusing the country of providing safe-havens to Islamist terrorists active in Afghanistan. It is no coincidence that Trump chose to lash out at two more Muslim nations, Iran and Pakistan, after having ensured the destruction of the two-state Palestine-Israeli framework with his recognition of permanent Israeli control over Jerusalem.

Trump’s denunciation of Pakistan illustrates the influence that his ambassador to the United Nations, Nikki Haley, a hybrid Christian-Sikh, whose parents hail from India, maintains over Trump’s pro-India and anti-Pakistan foreign policy. Haley’s neo-conservative stance also ensured that Trump approved the sending of lethal military equipment to Ukraine, in contravention of the current Republican Party foreign policy plank, demanded by the Trump campaign during the 2016 GOP convention in Cleveland, that stands in opposition to such a move.

Pakistan’s Foreign Minister Khawaja Asif responded to Trump’s Twitter tantrum by declaring that, “He [Trump] has tweeted against us [Pakistan] and Iran for his domestic consumption.” But it was not merely generic domestic consumption for Trump. Trump’s anti-Iran/Pakistan rhetoric, coming soon after his Jerusalem decision, was aimed at pleasing Zionists like casino tycoon Sheldon Adelson, as well as his trio of ultra-Zionist advisers — Kushner, Greenblatt, and Friedman. It was also a milksop to Trump’s far-right conspiracy fringe, consisting mainly of Steve Bannon, Alex Jones, and Mike Cernovich, to placate their anti-Muslim xenophobia. It has not dawned on these conspiracy fringe-minded Trump acolytes that Trump, just like George W. Bush and Barack Obama, has adopted the very same regime change policies honed by CIA street themed protest guru Gene Sharp and the themed revolution mastermind George Soros. Jones, for example, once railed against Soros and themed revolutions. But now, Jones and others of his ilk wildly cheer on Trump’s moves to toppled governments using Sharp and Soros tactics.

These operations are not only being employed in Iran but also in Honduras, where the Trump administration backed the drug smuggling corrupt nepotistic fascist incumbent president, Juan Orlando Hernandez, also known as “JOH,” against the opposition candidate Salvador Nasralla in the November 26, 2017 election. The Organization of American States, normally a rubber stamp for the United States, criticized the claimed victory by Hernandez as resulting from massive fraud. Former president Manuel Zelaya, ousted in a 2009 CIA coup approved by Obama and Secretary of State Hillary Clinton, announced that 2018 will be the year that JOH is toppled from power and democracy restored. However, Zelaya, Nasralla, and other opposition leaders will face the “no regime change” jackboot of Trump’s foreign policy of overt interference in the affairs of other nations.

Conversely, the Trump administration has declared all-out economic and political war on Venezuela, subjecting its leaders and citizen to US visa bans and crippling economic sanctions. These were the same tactics employed by neocons in the Bush and Obama administrations against the Chavista socialist government in Venezuela.

Unlike Claudius, Trump has no strong political Praetorian Guard to ensure his ultimate survival. Trump has created more enemies than friends within the establishment Republican Party, not to mention in the Federal Bureau of Investigation, the CIA, and the military services. Already, Republican presidential hopefuls are planning to challenge Trump for the presidential nomination in 2020. These efforts will gain full steam after the 2018 mid-term election that could see Congress flipping to Democratic Party control.

In the end, Trump, like Claudius, suffers from neuro-psychiatric disorders that prompt him to engage in socially inappropriate obsessions and compulsions. When Trump’s neocon policies achieve their desired results, the neocons will discard Trump like some lame old workhorse and promote some new vapid tool to carry out their policies. Enter Nikki Haley, Vice President Mike Pence, and Arkansas Republican Senator Tom Cotton. 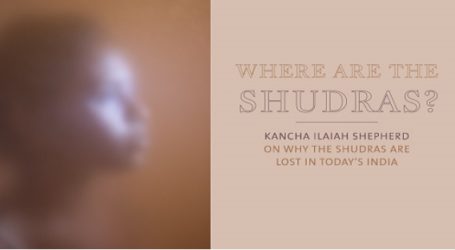 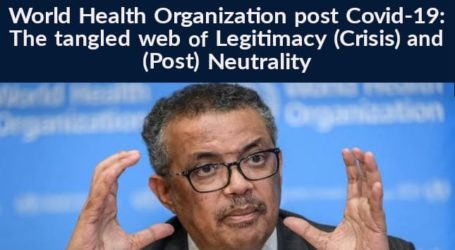 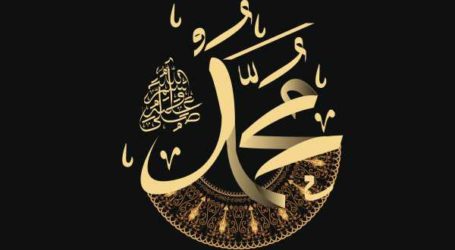