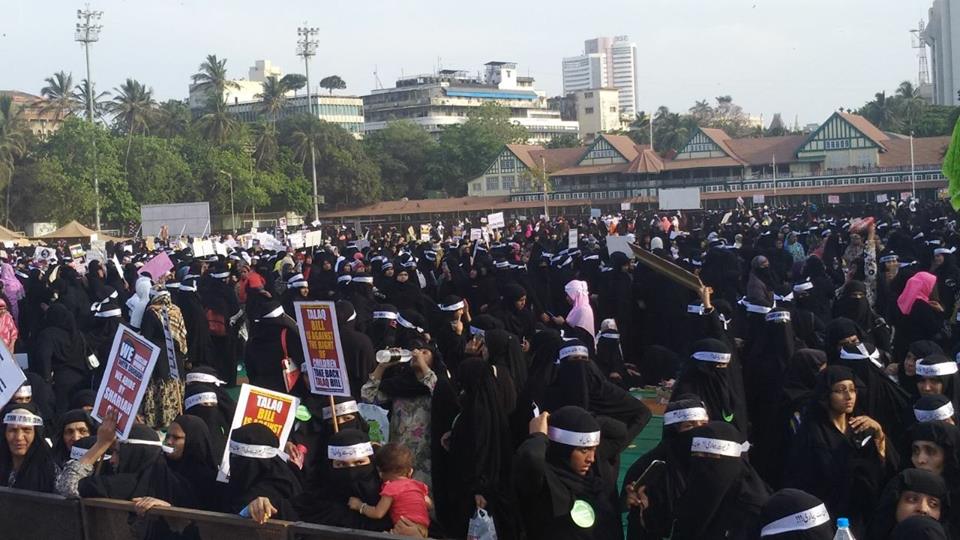 Muslims Women gathered in large numbers at Azad Maidan Mumbai on 31st March to protest against the ‘Muslim Women (Protection of Rights on Marriage) Bill, 2017’ 7 currently pending in the Rajya Sabha.

Muslims Women gathered in large numbers at Azad Maidan Mumbai on 31st March to protest against the ‘Muslim Women (Protection of Rights on Marriage) Bill, 2017’ 7 currently pending in the Rajya Sabha.

The PROTEST RALLY was organised by WOMEN’S WING MUMBAI in response to the call given by All India Muslim Personal Law Board (AIMPLB).

Women protesters displayed placards demanding ‘roll back of the Talaq Bill, they stated that they are safe and secure in Muslim Personal Law and Shariah is their pride. They condemned the government’s move to criminalise Talaq and said it is anti-women, anti-children and it will destroy families and damage Muslim society severely. 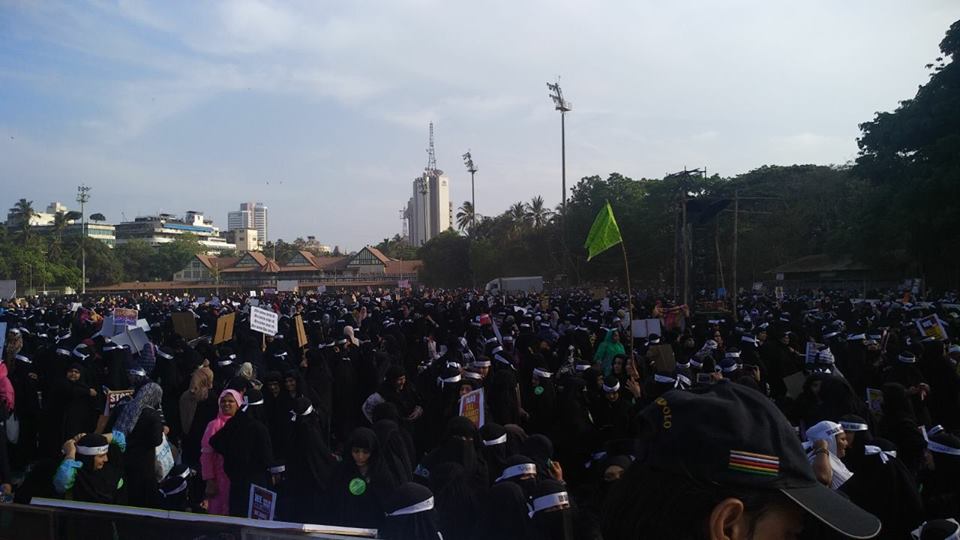 Dr Asma Zehra President Women’s Wing of AIMPLB said, “The Muslim Women (Protection of Rights on Marriage) Bill, 2017’ is legally defective, it puts women in legal and social complications. It has focused on sending husbands to jail not helping women at any cost. The Bill is opposed by legal experts, Women Rights group and we the Muslim women across India have come out in lakhs and crore to oppose this Bill and demand the government to not interfere in Muslim Personal Law.

Prof Monisa Bushra Abidi stated that ‘India is a secular democratic country where ‘Right to Freedom of Religion’ is among fundamental rights guaranteed by our Constitution. Majoritarian attitude of the government in bulldozing this Bill into a piece of legislation is unfortunate. This Bill is completely anti Muslim and it is not acceptable to Muslim women at all’.

Advt. Munawwara Alware addressed in Marathi and stated that women are strongly in favour of their Shariah Laws. They know who their friends are and who are against them. Muslim women must not be cheated with hollow slogans.

Mrs. Mrs Arshia Shakeel of Jamat-e Islami Hind stated that Islam is a complete way of life. Muslims have the blessing of Shariah Law which is a complete code of life in individual and collective matters. We are happy with it.

Mrs Sumaya Sajjad Nomani Member All India Muslim Personal Law Board stated that Muslim women hold high respect and regards in Muslim society. Teaching of Islam is to treat women kindly in every spheres of life. They are respected in every relation as mother, sister, wife and daughter. 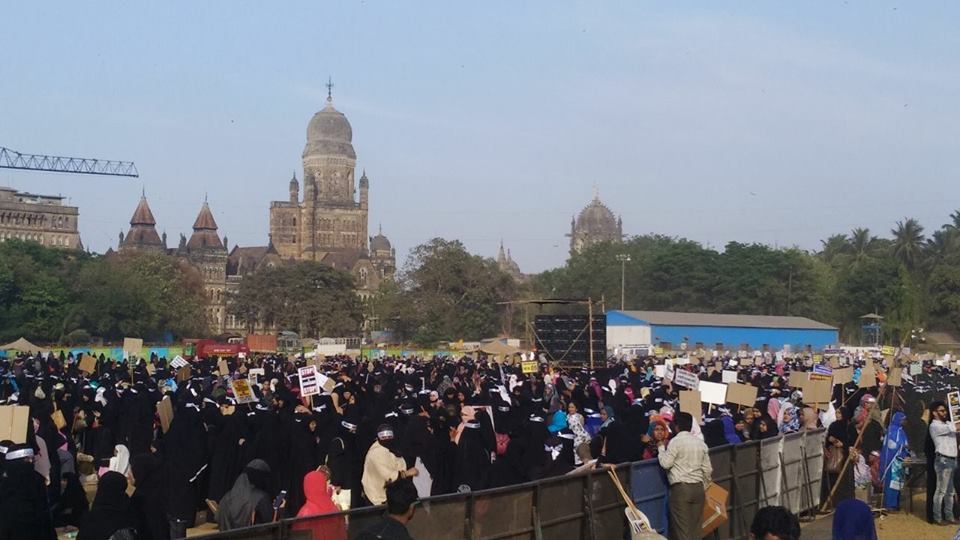 Ms Aaeen Raza from Ahle Sunnat Wal Jamat, spoke on unity of Muslim community and said that the Bill is a matter of concern to all section of Muslim community. United and collective efforts through this platform will definitely give positive result.

Members of the All India Muslim Personal Law Board Mumbai appreciated the collective efforts made by volunteers and team leaders.

Following the thickly attended women only rally at Azaad Maidan, the AIMPLB’s Women’s Wing submitted a memorandum to the Governor of Maharashtra with their demands.