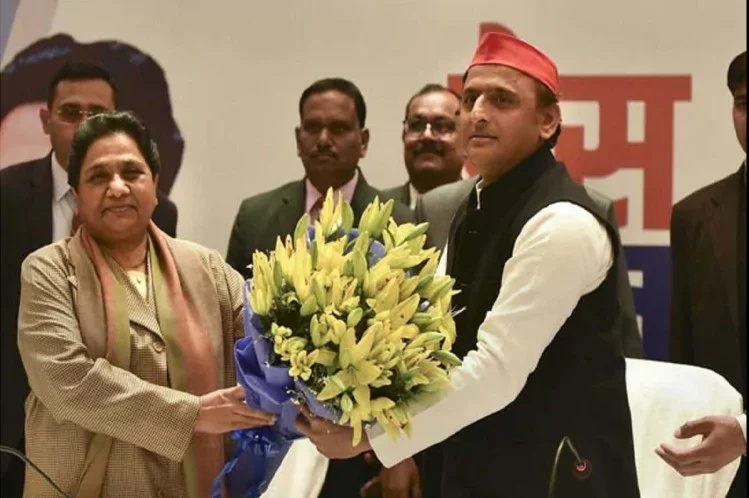 The strategic partnership of Samajwadi Party (SP) and Bahujan Samaj Party (BSP) in UP is very crucial in the run to 2019 general election in India. The Indian National Congress should have been taken on board but its arrogance, as seen in recent past during Madhya Pradesh, Chattisgar and Rajasthan elections, might be among the reasons to keep it out. However, with or without Congress, the outcome in UP for the alliance is not going to be much deferent in the post election.

Following 2014 election it was proven unmistakably that in UP, precisely, votes division among SP, BSP and (at a few places) Congress caused BJP’s sweep. The colourful Modi baloon that was on air in 2014 is no more entertaining for many NaMo fans. The SP-BSP duo will be in better position to check the mad-horse ride of BJP in UP this time.

The political chemistry in whole of India is not same and it cannot be the same. Kerala, Telengana and Assam are arithmetically somehow similar for Muslims in India. They should try to consolidate more power in these states. It will be in Congress’s interest, nationally, to club with AIUML and AIUDF in Karela and Assam as pre-election partners.

Muslim leaderships with small parties in UP and Bihar could not create their own support bases and failed to take wise decisions at right times. Without a visible foothold on ground no political party can claim shares in the real political game. Thus protecting constitutional interests and future dignity of Muslims in India should be the soul objective of voters in UP and Bihar.

Muslims should favour SP-BSP in UP and RJD-Congress in Bihar without slightest doubt in minds. The alliance parties in both the states should, however, ensure adequate representations of the community within their respective parties while distributing tickets. UP and Bihar will pull the king down in 2019 unlike past, when these states had been the king makers.

West Bengal, Maharashtra, Andhra Pradesh and Karnataka may throw unexpected results as was seen following Tripura assembly election last year. There are hopes for BJP to make some gains. Muslim, Dalit and ST voters can play smart with EVMs. These states are going to be the swing states in 2019 elections and these may also heavily influence the overall outcome by the end.

Madhya Pradesh, Rajasthan, Gujarat, Chattisgar, Assam, Haryana and Punjab will offer better chances for the Congress. These states will decide either Rahul Gandhi will be an option for the post of Prime Minister following 2019 counting day or not.

At this point of time, it is useless to speak about any Muslim-led political party beyond Assam, Karela and Hyderabad unless a Waisi, Ajmal or Abu Asim is visibly present somewhere. Those Muslims who are harbouring political aspirations in their hearts should nourish themselves politically mature and grow their persons as capable players within Indian complex polity before jumping in the ring unwisely.

Undoubtedly, there is a scarcity of genuine Muslim leadership in India, those available are very very few or are very limited in appeal. To begin with in politics, especially for a new party or even for an individual, it is always better to contest Panchayat or Corporation elections, then Assembly and then Lok Sabha. A reverse of this order is a bad idea and those who advise to try it, are simply amateur and emotional lots.

Defeating NDA should be a clear terget this time by all Indians. Unity of India and communal harmony among its citizens are some of the laud calls to respond by all en masse. Indian Muslims must not get confused by excited slogans from unseasoned politicians. Be it driven by extra-nationalist zeel of some or victimhood mind set of others, application of minds on individual level will the wise way for voters. Muslims have been, of course, always in the receiving end but have been, on the other hand, surviving with some dignity and basic safety since post partition India.

This on going five years – post 2014, clearly proved that if they do not make mature decisions in politics now, they may even be like Muslims in Israel, Borma or China. If a Muslim leader is not ready to understand or read this clear writings on wall, then he or she is either naive, vested interest or senseless tool and such people should be rejected outright by all.
———————————————–
The author MB Qasmi is editor of Eastern Crescent and director of Markazul Ma’arif Education and Research Centre, Mumbai. 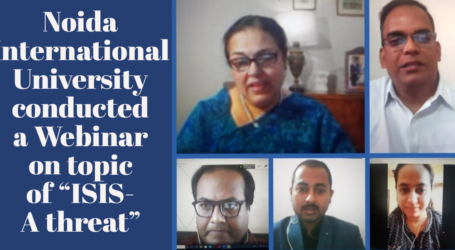 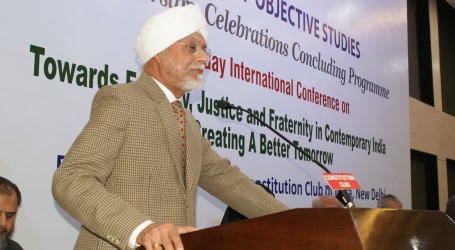