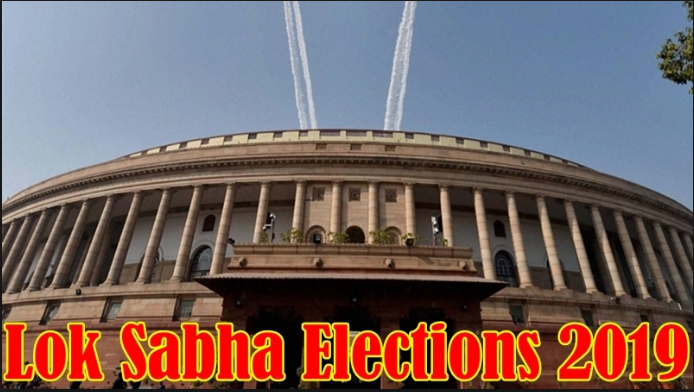 Obada Safi
The upcoming general election embarked with the implementation of model code of conduct, though the conduct of the parties stoope at the lowest level of civility as the dates gets closer to the polls.Political class already tightly knotted itself for the electoral race, the contestations and counter-contestations between the parties have become louder and more ambitious.Political manifestos promise a dream list of good governance and social media representations of political candidates draw on epic and theatre drama, and there is humour,spoof, and vulgarity among political competitors.But it is the speculation,as to who will be first past the post and what political chemistry and algebra of convenience will be drawn on to form a government, that has become the dominant narrative of India’s parliamentary elections.Yet, beyond the promises, contestations and speculation lie a enormous array of issues and concerns that have been rendered non-issues by both political parties and the civil society at large.
Although credit must accrue to the opposition for holding out against the incessant disruptions that the ruling dispensation and its vigilantes have enacted in the country, their own strategies of relying on a plethora of populist welfare programmes (from Ayushman Bharat to dentures for the people),has spawned grand promulgations of competitive populism in all the parties.In addition, the Congress’s identity affirmations (economic socialism and secularism at its core), declarations of a economic development and growth as a challenge to the BJP’s “Governance model”, and the proclamation of a “Inclusive Hinduism” against the BJP’s Hindutva are not recipes for a national form of democracy that can address myriad economic and social issues.
That the configurations of power in all the political parties continue to be based on an arithmetic of caste-capital and charisma, and defines who gets tickets but defies any expectations of seeking effective and honest candidates,is an indication of the distortions of democracy.The fact that most candidates have vast amount of wealth, which has increased manifold if they were previously in power, and that all the parties have several “tainted candidates” is reflection of the submission of political organisations to sources of quick and vast funds.That the crony infamous capitalists likes of Anil Ambani, Vijay Mallya,Mehul Choksi,Neerav Modi and many small pawns who can even come into the political foray(if not as candidates) and that people in India do not see loot and plunder of public resources as rapacious and devastating,are unfortunately sad commentaries on the mindset of the people.Similarly,a generation of “sons of leaders” are getting tickets in the political stacks of all the parties, indicating how leadership continues to be vested in family and caste interests.
The failure to eradicate the corruption and enhance the performance of bureaucracies is an issue that has not been raised at all and the performance of the key departments of education and health continue to be on a downward curve.The central government’s inability to challenge the might of privatization of public welfare schemes providers and its constant support to the foreign investors defies its very manifesto and declarations of being “pro-people”. Similarly, the proclamations on enriching the educational quality are belied by the incompetency to address the rapid decline of Central Universities in which the seats of the vice-chancellors and directors are themselves considered to be auctioned through the certain political ideology-money nexus.
Concerns that should have been central and which could focus on addressing mobocracy in the form of targeted lynchings of the minorities, stifling of dissenting voice, thwarting of free and independent press, inconsistent foreign policy, terror infiltrations at the border, alienated reverberation of Kashmiris in the valley, unprecedented unemployment rate,climate change,loss of agricultural land, deforestation, extant ecological degradation etc have not been appropriately raised and debated.Issues of farmers plight, draught management, which should be a key issue as the country has experienced deep farm crisis, have been given short shrift and the promotion of extractive agriculture and mining through the technologies continues.
Matching the political parties’ oversight of key economic, ecological and social issues is a range of demands by different organisations that seek to fulfill narrow agendas and interests.Although several civil society organisations and groups of leading writers have been pressurising the government to take note of the concerns pertaining to the common people and to raise issues about the preservation of democracy and its ideals.The outcomes of Loksabha election may mark the fortunes and historical trajectories of the contending political parties but they may not change the terms, logic, and patterns by which democracy is being articulated.

The writer is student, department of political science,JMI and contributing columnist to this website.hams