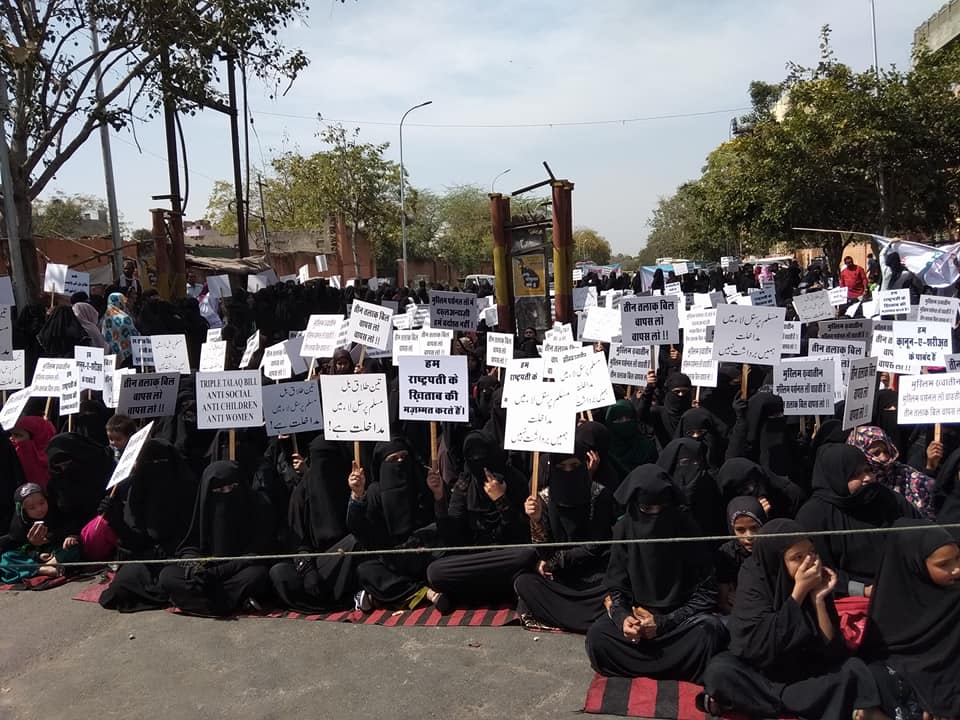 New Delhi, (Millat Times)
The President of Jamaat-e-Islami Hind – Syed Sadatullah Hussaini has expressed concern over the passage of the Triple Talaq Bill in the parliament and its assent by the President of India.
In a statement to the media the JIH President said: “We do not feel that this law will help promote the cause of gender justice. In fact, it will cause more harm than good to Muslim women. Marriage in Islam is a Civil Contract. Hence, it must follow the procedure that is civil in nature. However, the Triple Talaq law criminalizes a purely civil matter. The law goes against the Quran, the Shariah and even the Constitution of India. It violates Article 25 of the Constitution of India which guarantees religious freedom.”
Mr. Hussaini opined: “It is very strange that the government did not find it necessary to consult the Islamic scholars, Shariah experts, Muslim community, Muslim religious organizations, representatives of Muslim women organizations and even the opposition parties. We feel that the Triple Talaq Law is quite irrational, contradictory and self-defeating. Henceforth pronouncing triple talaq will not result in a divorce, but still punishment will be awarded for the same. Three years in jail for the husband is in fact a very harsh and indirect punishment to innocent women. It may not allow the husband to reconcile with his wife and is bound to punish the children too.”
The Jamaat chief said: “The hypocrisy of some Opposition parties also stands exposed as they walked out instead of voting against the Bill in the Rajya Sabha. It is unfortunate that the issue was exploited for gaining political mileage and diverting people’s attention from the basic issues like declining growth, lack of jobs and growing mob violence and crimes against women. We appeal to Muslims to follow the Islamic guidelines of avoiding triple talaq, solve their disputes with mutual reconciliation and arbitration and convey the real teachings of Islam to their fellow brethren
Post Views: 11
Tags: riple Talaq Law will cause more harm than good to Muslim women:  Jamaat-e-Islami Hind
Comments: 4