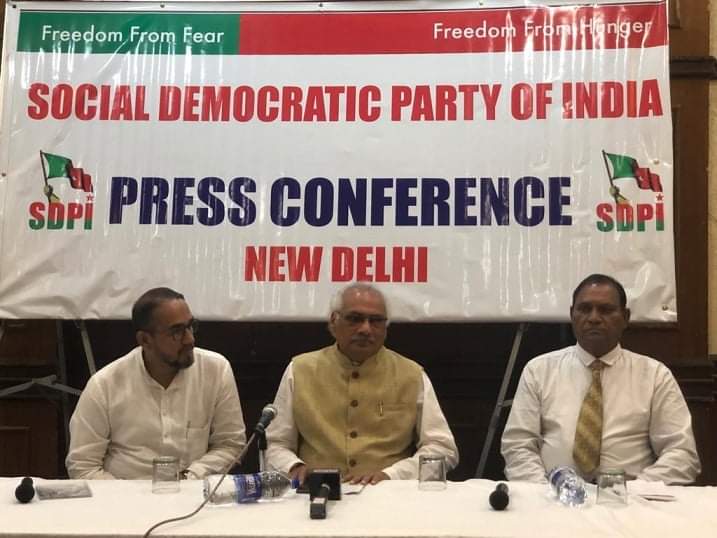 New Delhi: A 3- member delegation of the Social Democratic Party of India, (SDPI), comprising Vice President Adv. Sharfuddin Ahmad; General Secretary, Mohammad Shafi and Secretary Sita Ram Khoiwal, visited various parts of Kashmir and stayed there from September 24th to 26th, 2019.
The delegation acquired first-hand information about the ground situation in the Kashmir Valley created after total lockdown for last fifty days, since 5th of August 2019 when by an executive order of President of India, Article 370 was made inoperative and Article 35A of the Constitution of India was also scraped followed by an hurriedly passed legislation.
Facilities of communication including phone and internet were totally withdrawn and all the political leaders belonging to different political parties except BJP were detained. The life in Valley was generally put at a standstill. The labourers, tourists and students have forcibly been expelled from the Valley. The hotels were suddenly locked up and a large number of Army and Para military personnel with riffles were deployed.

Post Views: 26
Tags: Report of SDPI delegation on ground situation of J & K after 50 days of clamp down
Comments: 6