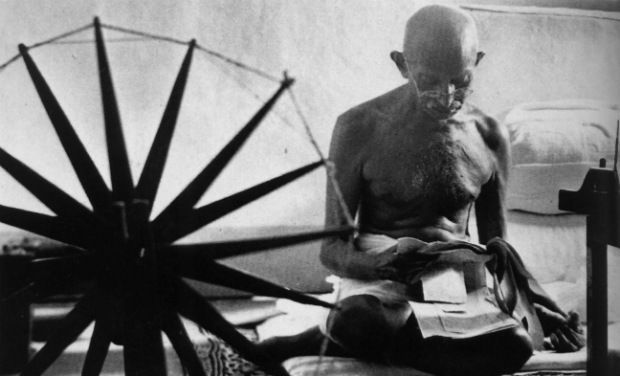 Tomorrow will mark the 150th anniversary of the birth of Mohandas Karamchand Gandhi on October 2, 1869. He is better known as the Father of the Nation, a Supreme leader of National Freedom Struggle, the Mahatma, or great soul, Gandhi was an Indian lawyer and anti-colonial nationalist who employed non-violent Satyagraha as a weapon of struggle against British colonial rule.  He launched the successful mass campaign for India’s independence, which led his country to get freedom from British colonial regime in 1947. The Gandhian movement greatly inspired movements for civil rights and freedom across the world. He was assassinated at age 78 by a Hindu fundamentalist.

Also, The International Day of Non-Violence is celebrated globally every year on Mahatma Gandhi’s birthday in honor of his pioneering commitment to change through nonviolent means.

Rise of Mahatma Gandhi as a Supreme leader

The emergence of Mahatma Gandhi as a supreme leader of national movement during the period of 1919-20, marked the beginning of a new phase in the history of India’s struggle against colonial and exploitative British rule. Gandhian phase of national struggle was commenced in 1919, it continued till India gained Independence from British rule. The success of early Gandhian movement such as Champaran Satyagraha (1917), Ahmedabad Mill Satyagarha(1918) and Kheda Satyagraha(1918) paved the way for the rapid rise of Gandhiji. These movements convinced the masses that only Gandhi method can succeed against British rule. The circumstances prevailing in India in 1919-20 was extremely volatile due to the combination of different factors such as a situation of leadership vacuum, failure of the moderates and extremist policies as well as Jalliawala Bagh massacre pushed Gandhiji to the forefront of Indian national freedom struggle.

The typical character of Gandhian movement and success of South Africa experiment had also played the most important role in his rise as a supreme national leader. Gandhiji lived like most ordinary Indian citizens and used the language of commoners. Gandhiji fought for the issues of commoners and because of this every section of Indian society developed a great faith in Gandhian leadership. During the course of 1919-20, he became symbol of hope and inspiration of common masses which in turn resulted in the rise of undisputed supreme national leader.

Nature and character of Gandhian movement

The Gandhian movement was a true mass movement, quite similar to those of moderates and extremist. He was fully convinced that without the participation of masses no struggle will succeed against British rule. It was non-violent in character, egalitarian in outlook, secular and progressive in nature, a strongly anti-colonial in appearance as well as characterized by the use of both constitutional and extra constitutional methods.

Gandhian movement was pan India movement because it reached even to millions of Indians; every section of Indian society participated in it easily. It was no longer limited towns and cities, villagers had started participating in national movement. The peasants, workers, women, students and the business class had joined nationalist struggle under the leadership of Gandhiji. The aim of Swaraj was defined by Gandhiji for the first time at Nagpur session of Congress in December 1920. In order for strengthening freedom movement on a large scale, under the leadership of Gandhiji Congress adopted the goal of ‘Purna Swaraj’.

The Gandhian movement was essentially a Satyagraha i.e. “the quest for truth”. The Champaran Satyagraha of 1917 was the first Satyagraha movement led by Gandhiji. Gandhiji always stood for truth irrespective of consequences. He believed that cooperation with good and non-cooperation with evil is the responsibility of mankind. He considered British rule as an evil and that’s why he opposed it.

The Gandhian movement was fundamentally an ethical and moral struggle because of the fact that Gandhiji always emphasized on using right methods to achieve right objectives. He never took the advantage of the weakness of anybody.

Moreover, it was characterised by a movement of active and passive phases. During active phase mass agitation was organised and during passive phase village reconstruction programme was undertaken under the leadership of Mahatma Gandhi. It was focussed on various themes viz. promotion of Hindu-Muslim unity, eradication of untouchability, promotion of cottage industry, upliftment of women and lower castes, prohibition of liquor alcohol and spread of vocational education as well.

Use of strategies of STS(Struggle-Truce-Struggle) and PCP(Pressure-Compromise-Pressure) was also a significant feature of Gandhian movement. It was highly successful beacause it was the pressure built by Gandhian movement only that the British had to leave India in 1947.

The Gandhian movement had contributed hugely to the success of India’s struggle against British rule but at the same time it must be emphasized that the Gandhian movement was not free from limitations completely. The sudden withdrawal of Non-Cooperation Movement in February 1922 after the Chauri-Chaura incidence was termed as a “national calamity” by Subhash Chandra Bose. The Non-Cooperation Movement was a significant phase of the Indian struggle for freedom from British rule. This movement lasted from August 1920 to February 1922. It was launched from Khilafat platform under the leadership of Mahatma Gandhi and was supported by the Indian National Congress. The suspension of Civil Disobedience Movement (CDM) was the example of the same. It was the second great mass movement, launched by Congress under the leadership of Gandhiji on 12th March 1930. When CDM was suspended on 5th March 1931 by Gandhiji through a pact signed with Lord Irwin. It developed an atmosphere of disillusionment in national struggle because Gandhiji completely failed to take all the leaders into confidence while taking decision.

Although it was a restricted and regulated movement, besides had many limitations, yet in fact it is going on even today. Even though Gandhiji had died but Gandhism is immortal. His ideas and principles are inspiring the citizens even today.

Gandhi is most famous for his philosophy of nonviolence that has inspired civil rights leaders around the world. But his legacy is facing fresh scrutiny against modern ideas about race, feminism and nationalism.