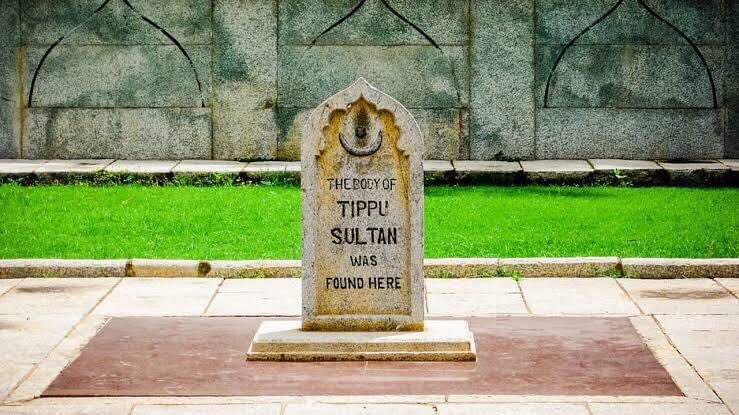 Today marks the 221th death anniversary of Sultan Fateh Ali Khan Tipu, better known as Tipu Sultan the Muslim warrior-king of Mysore, who died fighting the British today, May 4th 1799. Tipu ruled the kingdom of Mysore, which he inherited from his father Haidar Ali. His bravery, valour and skills were so talked about that French commander-in-chief Napolean Bonaparte once sought an alliance with the ruler of Mysore.

Tipu Sultan was born as Sultan Fateh Ali Sahab Tipu on November 10, 1750 in Devanahalli, present-day Bangalore. He was born to Fatima Fakhr-un-Nisa and Hyder Ali, the Sultan of Mysore. Tipu Sultan succeeded his father in 1782. The 18th-century ruler is popularly known as the Tiger of Mysore and Tipu Sahib.

We, as a citizen of India pay heartfelt tribute to Tipu Sultan, the Tiger of Mysore on his 221th death anniversary and salute his valour against the British forces. He was considered to be the first Indian freedom fighter, was a great patriot of India, who fought whole life against the British occupation and colonialism. He was glorified as India’s original Missile man by Ex-President of India A.P.J. Abdul Kamal. Tipu Sultan is revered as a pioneer in the use of rocket artillery. Sultan’s rockets were the first iron-cased rockets successfully deployed for military use. He deployed the rockets against advances of British forces and their allies during the Anglo-Mysore Wars. The rockets used during the Battle of Pollilur in 1780 and Siege of Seringapatam in 1799 were said to be more advanced than the British had previously seen.

Tipu’s portrait is in a NASA facility. It shows his passion and willingness towards scientific and technological advancements as well as innovations. It is said that Tipu was fascinated by western science and technology.

After becoming President, in 2006, Kalam sent a top Defence scientist to Srirangapatana in Karnataka to study Tipu Sultan’s efforts to use rockets against the British over 200 years previously.

“Now, I will report to the President what I have seen here (Srirangapatna). He (Kalam) is a rocket scientist. Naturally, he is interested to know,” Pillai had said.

After this visit, Pillai said he would recommend President Kalam to build consensus in the community of rocket scientists that Srirangapatna was the birthplace of rocketry by holding seminars and other initiatives.(courtesy: The Quint)

“Tipu Sultan was perhaps the first ruler to understand that there was a marked difference between Europe of the 1700s and 1790s, thanks to scientific innovations,“ says aerospace scientist Roddam Narasimha, who has been studying Tipu’s rockets for many years now. “He realised the power of technology , combined with discipline, and set up four innovation hubs (like modern-day tech parks) in Bengaluru, Chitradurga, Srirangapatna and Bidanur. He called them Taramandalpets.”(courtesy: The Economics Times)

He was the only Indian ruler who understood the dangers the British posed to India, and fought four wars to oust them from India – in that sense, he could be called the first freedom fighter in the subcontinent. He fought four wars against British colonialism with heroism, valour, and bravery, moreover to the last. He sacrificed his life for the nation and martyred a historical and brave death.

Tipu was a generous patron of several Hindu temples, including the Sri Ranganatha temple near his main palace at Srirangapattana, and the Sringeri Math, whose swami he respected and called Jagadguru. The Editor of Mysore Gazetteer Prof. Srikantaiah has listed 156 temples to which Tipu’s regularly paid annual grants. His progressive measures in the administration were equally commendable.

His reign is remembered for many technological and administrative innovations. Among them was introduction of new coin denominations and new coin types. He also introduced a luni-solar calendar. During his rule, he introduced a land revenue system which gave a boost to the Mysore silk industry and helped in establishing Mysore as a major economic power.

In the Fourth Anglo-Mysore War between 1798-99, he was defeated when the forces of the British East India Company, the Marathas and the Nizam of Hyderabad came together. He was killed on May 4, 1799, while defending his fort of Srirangapatna, present-day Mandya in Karnataka. 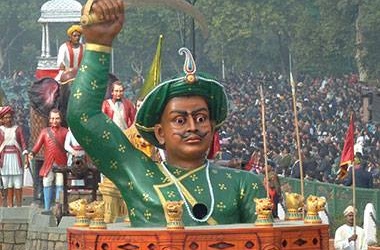