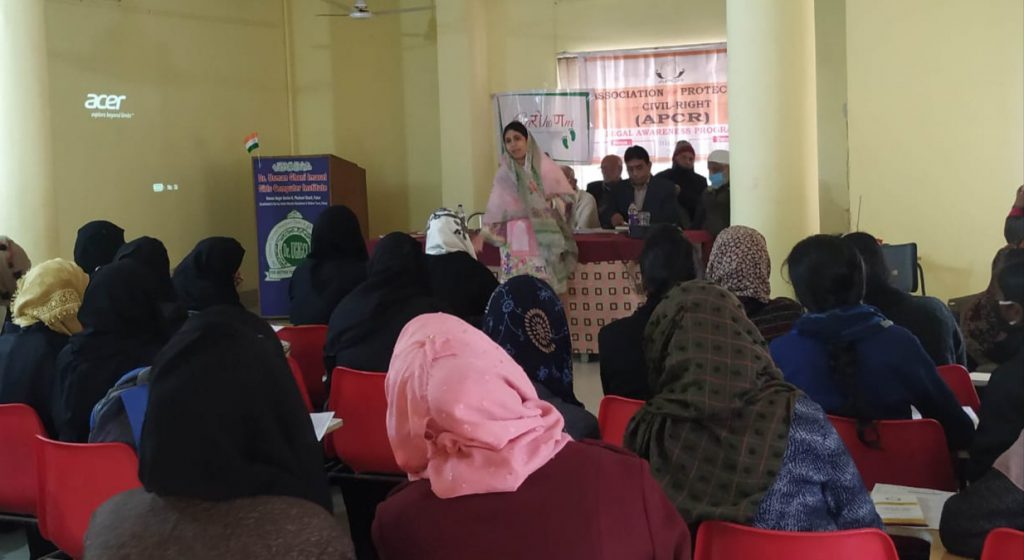 A legal awareness program was organised here by Association for Protection of Civil Rights (APCR), Bihar Chapter at Dr. Usman Ghani Institute on 4 February in Patna. Advocate Mohammad Naushad, President, APCR (Bihar), through Power Point Presentation, deliberated on Indian Constitution, Structure of Judicial System, Fundamental Rights and Tools of Constitutional Remedies. He explained various important Articles and Fundamental Rights given in Indian Constitution. In particular, he added, the rights given to the minorities and other weaker sections are not charity but their valid entitlements. He said that our Constitution is the Supreme Law. All other laws must confirm to this Supreme Law. We citizens are exploited mostly because of ignorance of the rights and obligations enshrined in the constitution. Creation of legal awareness among the masses is very necessary for the proper implementation of National Legal Service Scheme’, he stated.

While introducing Association for Protection of Civil Rights Advocate Shahzad Rasheed stated that APCR was set up in 2006 to defend the rights of downtrodden sections of the society. APCR is a civil right’s group comprised of the advocates, social activists and legal workers dedicated to using the legal system to protect and promote the Civil and Human Rights in India. Ilsa Fatima, renowned social activist and founder of NGO namely Aarohanam, elaborated criminal laws, types of offences, filing of FIR, women’s special rights etc. Dr. Anwarul Hoda, Senior Journalist said that most of the people, particularly in Bihar, are not aware of their rights and entitlements. It is resulting into exploitation of a large section of society. Sultan Ahmad, Zonal President, Jamaat-e-Islami Hind, Bihar, emphasised that various disputes will be avoided if people know their rights and duties properly.

In his presidential address Khurshid Anwar Arfi, Senior social activist and author of many books, emphasized on freedom of religion and right of equality guaranteed in Indian constitution. ‘The underprivileged section of society must read and understand various provisions specified in the Constitution’, he told.

While presenting vote of thanks Enam Khan, Secretary of the Institute lauded the initiative of APCR-Bihar in conducting Legal awareness Program and mentioned that knowledge of Laws empower the society and ignorance of Law place the people in difficulty. The program was attended by a large number of the students pursuing graduation, teachers and social activists. 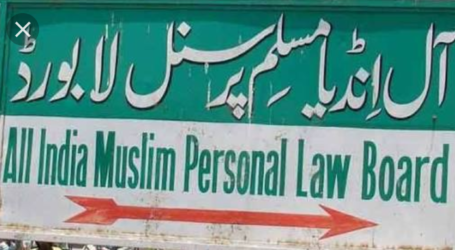 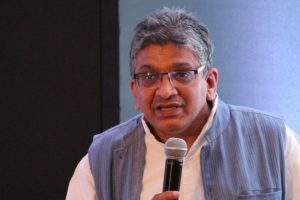 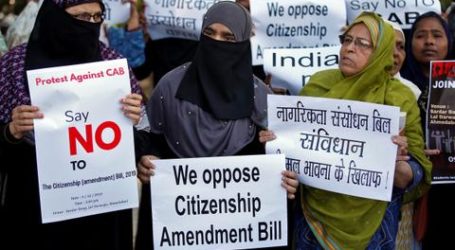