ICSC Board’s VIth Std text book of integrated Science which tries to present pic of  mosque  as a source of high intensity noise pollution .It had created huge unrest among Muslims .

The pic of  page 202 lesson -13 was continuously being posted in the WhatsApp groups.

After bringing to  the notice of publisher about the hurting  presentation ,owner of Selina publication ,New Delhi Hemant Gupta admitted the mistake and  sent the apology today to all the concerns via email and assured to change the picture in the next edition.

A young social activist Ubed Ba Husain from Nanded,Maharashtra has investigated the viral message.After finding it true he contacted the publisher directly to inform about .It resulted the end of this Viral controversy.

Obed told Millattimes. Com that we should verify the message before spreading. He said,communication is the key to solve problems.Now it is very satisfying that publisher has responded positively  and promised us to not to repeat this kind of mistake again ,he added. 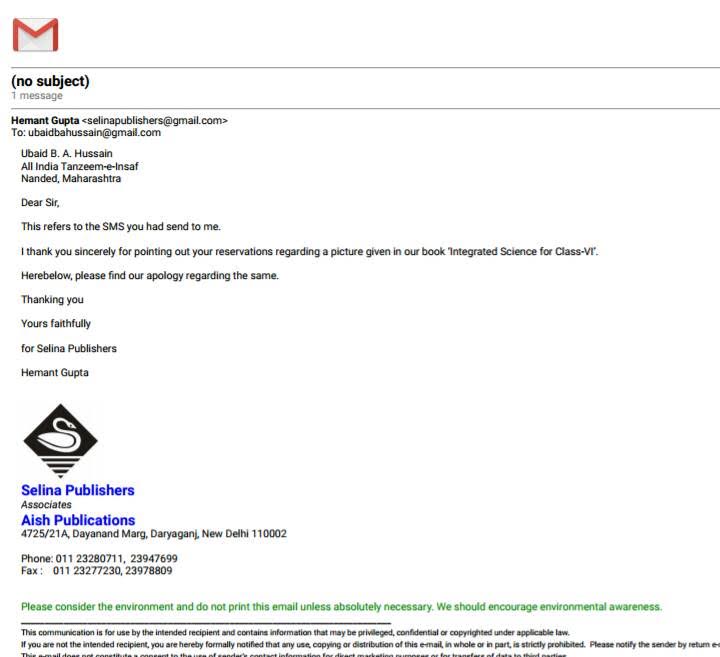 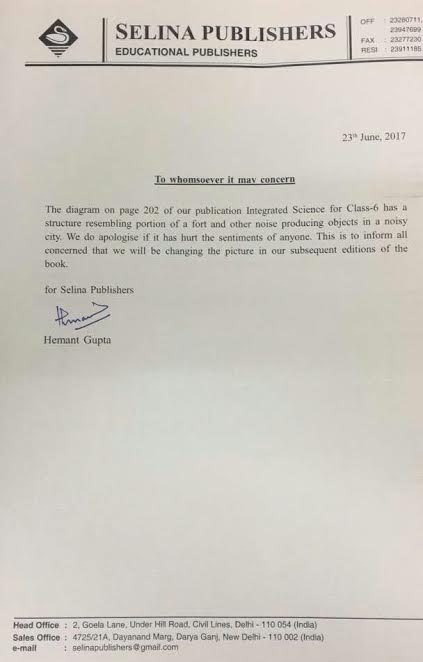 Tags: Publisher apologises for Objectionable content in the text book