6 men transporting buffaloes were allegedly assaulted by a mob in south west Delhi, police said on Saturday, the latest incident of cattle vigilantism by radical groups linked to Hindu right-wing. The incident was reported from Baba Haridas Nagar on Fridaynight, police added. Police did not give details but sources said the mob claimed the animals were cows taken for slaughter. They allegedly let loose the livestock transported in 6 to 7 pick-up vans.Once of the injured, identified as Ali Jaan, 40, is said to have received serious injuries. The mob also pelted stones at the pick-up vans. The other victims received injuries on their faces and hands, the sources added. The identity of the assaulters could not be confirmed. Sources said they are residents of nearby Jharoda Kalan. Police have registered an FIR at the Baba Haridas Nagar police station.The incident came days after a minor Muslim boy returning from Eid shopping in Delhi was killed a group of men aboard a train. The attackers allegedly accused the minor of being a beef-eater. 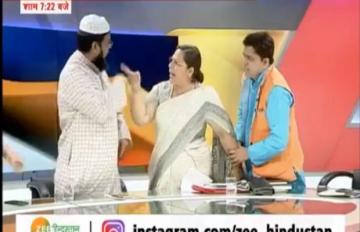