21th (July); MT News Network : Altham team of national leaders led by E Abubacker, chairman of Popular Front of India has undertaken an intense tour to reach out to the families in remote villages of Jharkhand, Haryana and Uttar Pradesh who have succumbed to or critically injured in attacks by frenzied mobs in the garb of cow vigilantism. The delegation included Abdul Wahid Sait, Secretary Popular Front of India and Elyas Mohammed Thumbe, General Secretary of SDPI. The zonal and local leaders of the organisation accompanied the delegation at various places. During these visits to the places of Muslim and Dalit lynchings, Popular Front chairman exhorted the survivors and local neibhouring people to fight for Inasaf (justice) and not to get contented with perks in the form of Imdad (compensation).

On 17 July, the team reached out to the family of Sheikh Haleem of Haldipukaar village near Jamshedpur who was lynched to death by a mob of more than 5000 people along with three other accomplices alleging that they were child lifters. There the delegation met the lone crusader for Justice Sheikh Salim, the elder brother of Haleem and his distraught father. Sheik Haleem also accompanied the delegation to meet the other victim Sajjad in a nearby village. And they also met the main eyewitness from whose house those four persons were dragged out and lynched on the fateful night in May 2017. After hearing their horrifying narrations, Popular Front chairman reinforced all of them to stand strong and continue their demand for justice.
On 18 July, the delegation travelled to Ranchi to meet Usman Ansari who lies in an isolation ward in RIMS Hospital, Ranchi, attended only by his daughter-in-law. She recounted the horror of being witness to her father-in-law being dragged out and almost set on fire in a well planned out pyre by a mob of cow vigilantes. Everything they owned has been burnt and destroyed in the village, so he wonders where he should go to after he recovers from his trauma. The Chairman promised all possible supports in rehabilitation for his family. On the same evening the delegation went to Ramgadh district about 70 kms from Ranchi to meet Aleemuddin who was lynched to death, accused of transporting cattle the next day after Ramzan Eid. His eldest daughter sounded reassuring in her fight for justice, supported by the Panchayat President and all her neighbours who stood by the family ever since.
On 19 July, the delegation moved to Delhi and travelled to Haryana to meet with the family of Pehlu Khan in Nuh village about 70 kms from New Delhi. His two sons Irshad and Arif recounted that in their presence the paperwork endorsing the cow purchased issued by the village market were destroyed and their father brutally injured in Alwar district in Rajathan. Two days later he succumbed to his injuries. Now they have procured duplicate copies of the purchase documents and set on a long drawn legal battle in Rajasthan to ensure that the guilty are punished. The delegation on the way back to Delhi also stopped at Hafiz Junaid’s house and met his surviving brothers and father who are still trying to reconcile with the evening on which Hafiz Junaid went to Delhi by train to purchase clothes for Eid and never returned to celebrate it with them. He was stopped in his tracks by a frenzied mob drunk on fake nationalism to hurt anybody who looked like a Muslim. His body bore over 30 stab injuries and was thrown out of the train. The incident occurred two days before Eid.
On 20 July, the delegation headed to Shabbirpur village near Darul Uloom Deoband to meet with the aggrieved Dalits who are victims of atrocities by Thakkurs (upper caste) of the village when they tried to install a statue of Baba Saheb Ambedkar in their local village. The response by the upper caste was to let loose sword bearing youth from amongst them on a helpless and unprepared village injuring many and causing damage to property. The village pradhan and his younger brother belonging to the Dalit community are still behind bars for the last two months.
In all the places Popular Front chairman and his team tried to make people aware about the new face of Hindutva terror which is out to disrupt the life of minorities and weaker sections. The team told them not to lose hope and promised that Popular Front will provide the required legal support in their fight for justice. 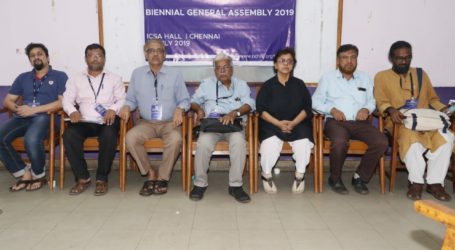 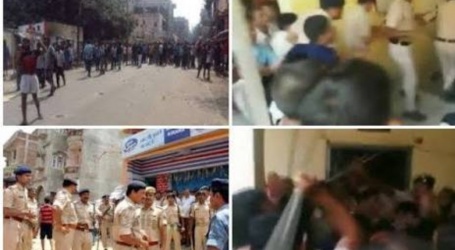