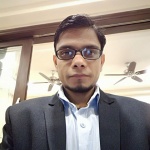 An honorary ceremony was conducted here in Dr. M. A. Ansari Auditorium of jamia Millia Islamia, New Delhi to honor as many as 27 qualified UPSC candidates who had received training from Jamia’s Residential Coaching Academy. Presenting heartly congratulations to them, Jamia’s chancellor Dr. Najma Heptullah said, “The Academy is fulfilling its duties very well.” “Yet, proposal to generate diversity in academy’s performances is under the consideration. For the very purpose, services of some experts of a US university have managed”, added the Manipur’s Governor. Seeing this huge success, Jaima’s Vice-Chancellor Prof. Talat Ahmad said, “We should set a goal that leads us to increase number of qualified students upto a half century in upcoming years. The Academy is also seriously considering to offer its sincere cooperation for competitive exams of railway, engineering and judicial services.” Academy’s Honorary Director Prof. M F Farooqui stated this is the best year ever for the Academy as 5 IAS, 5 IAS and 1 IFS are among total 27 UPSC qualified students. A large number of Jaima’s students were motivated as some of qualified candidates shared their experiences with them. Also, the ceremony was attended by Ex-Ambassador Raj Shri Bhattacharya, Mahesh Sachdev and Ashok Sajjanhar who frequently visit the Academy to train students. Hassan Anwar