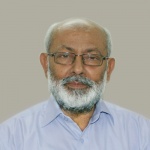 In early Islam a man from Yemen went to Makkah for Hajj, carrying his old mother on his back all the way. He performed all the rituals (some of which are rigorous) carrying his mother on his back constantly. When he asked a Sahabi (Prophet’s [PBUH] companion) or a Taba’i (the generation following the Sahaba), whether with his rigours he had paid off the debt of gratitude he owed his mother, he was told that his rigours would not suffice to pay for a single day’s troubles she bore happily in her pregnancy when she was carrying him inside her body.

By: Dr. Mohammad Manzoor Alam
The following are some of my thoughts regarding women’s role in the construction of a humane society.
Besides the ascriptive roles assigned to them by society which, in any case, better-educated women resent, all other roles that women seek to play will have to be chosen by them only. Issues like what will be the size of the family that she (with her husband, of course) wants to raise is to be decided by the woman alone. After all, it is her body that will carry the baby for nine months and, after birth, it is she who will suckle the baby, look after it closely for a year or two, sleep and rise with her infant, and suffer severe sleep deprivation.
Every time the baby (and that is every two to three hours) will cry, she would be awakened from much-needed sleep to change its diaper and feed her child again. That will induce in the baby another pee a couple of hours later. That cycle goes on for a year or two. Matters are not helped when the baby has a colic attack (every infant regularly has it) and the young mother gets nervous wondering what to do next. Our mothers have given birth to us and raised us with the greatest difficulty. Women must have a greater say in deciding the size of their family.
In early Islam a man from Yemen went to Makkah for Hajj, carrying his old mother on his back all the way. He performed all the rituals (some of which are rigorous) carrying his mother on his back constantly. When he asked a Sahabi (Prophet’s [PBUH] companion) or a Taba’i (the generation following the Sahaba), whether with his rigours he had paid off the debt of gratitude he owed his mother, he was told that his rigours would not suffice to pay for a single day’s troubles she bore happily in her pregnancy when she was carrying him inside her body.
Brothers and sisters! Our mothers are more valuable than anything the world can offer us. Their rights must be protected. Somebody is our mother precisely because she is somebody’s wife, which means a wife’s rights, too, have to be protected. The same person has the role of a sister, daughter or grand daughter. In all her roles she has to be loved and respected.
The society has to move beyond the ascriptive roles of women which, as I said earlier, is resented by better-educated women. Such roles often show the lack of enlightenment in society. How often we come across such ideas as “boys do not cry,” which simply means boys (future men) are stronger than girls and emotionally more stable than girls (future women). Also, “girls are docile, coy and obedient, while boys are troublesome.” 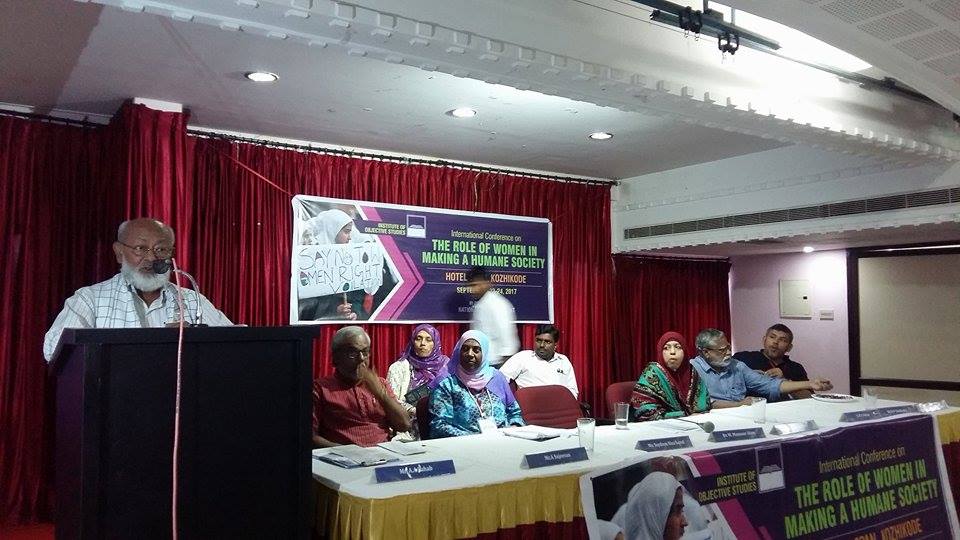 Ascribing such gender roles to women is not fair. Women are not devis to be worshipped in temples, but fellow human beings to be treated with respect and dignity, not ordered around simply because we have chosen to brand them as “docile, coy and obedient.”
Such ascriptive roles are not natural, but merely social constructs. We have to keep in mind that sex (male and female) is a natural category, while gender is merely a social construct. Much of the social construct is unfair and limits the powerful potential of women, in this case, our women.
For our women to effectively play a role in making a humane society that Islam demands from us, we have to empower them. Incidentally, empowerment has been a favourite subject of study at the Institute of Objective Studies. A few years ago the IOS brought out a set of seven books on empowerment of Muslims, including one about the empowerment of Muslim women.
Nobody who is disempowered can create value, or make great social change. The world is and, has been, led and changed by free, powerful persons. Slaves can’t do much. If our women are treated like slaves we cannot expect them to play a great role.
Now, we have to ask ourselves honestly: have we empowered our women sufficiently to play a role in the making of a new, more humane society? No! This clearly is a grievous betrayal of the Prophet (PBUH), who told Muslims, “After me, be considerate to women and non-Muslims (dhimmis).” Have we been considerate to our women? Going against the Quran and the Prophet’s way, we have been divorcing our wives with instant triple talaq, reducing full-blooded humans to helpless, clueless, desolate souls in an instant. Where is the love and respect that our mothers had taught us? Is this what the Prophet (PBUH) did? Did he pronounce instant talaq, ever? He did not divorce any of his wives even in the regular, standard way?
Our excesses against our women have caused us great public humiliation with the Supreme Court judgment on the issue. Because of our own folly our legal and Constitutional defences have been breached, making it easier for the state to interfere in our family laws.
If we think that we are enabling our women to play a stellar role in the development of a humane society by kicking them around brutally we are certainly living in a fool’s paradise. We cannot have women amongst us who can change the world for the better if we are not true to the Quran and the Prophet’s (PBUH) way. 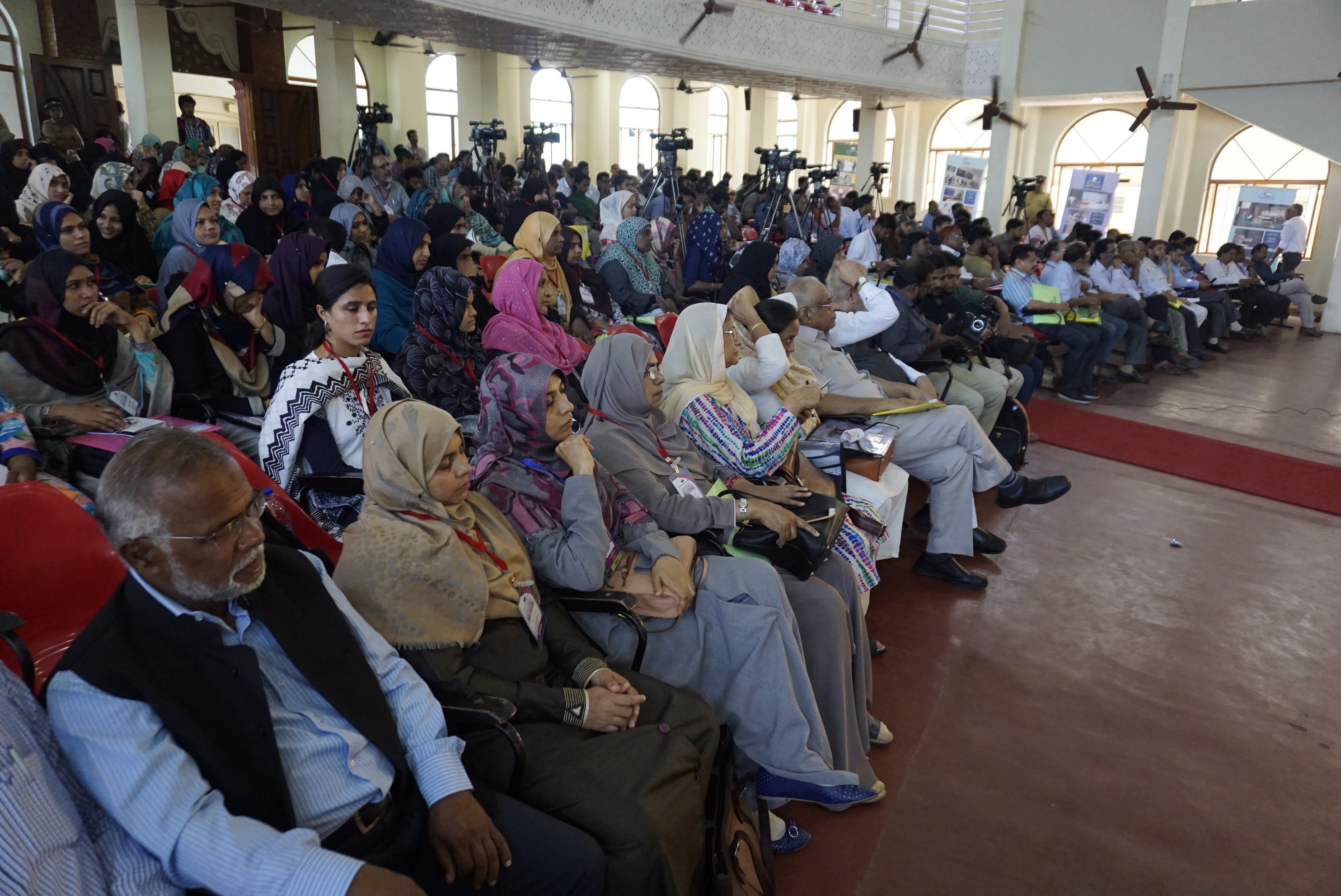 Nobel laureate Amartya Sen regards health and education as two essential tools of empowerment. Thank God, our women score high among other Indian women on health front. Fewer of our women have anaemia; our women have fewer childbirth deaths; there is no female infanticide or foeticide among us, and our sex ratio (number of women compared to men) is superior. However, we fall behind in women’s education. General literacy among our women is still reasonably good (that involves reading, writing, and simple arithmetic) because of our tradition of Muslim middle class families teaching their girls these subjects at home, even if they do not go to formal schools and colleges. We have to keep this strength and move into formal education in larger numbers.
Issues of Representation
There are serious issues of representation of our women in social, public and political life of the country. The issues of representation can be better understood with the following question and answer:
Question: Who represents whom?
Answer: Like represents like.
As a citizen from Delhi cannot represent a London constituency in British parliament, only women can (and should) represent women. We will do well to promote greater representation of Muslim women in all our community organisations to be able to demand confidently that our women should be better represented in panchayats, municipalities, municipal corporations, assemblies and parliament, civil services, universities and corporate sector. Only Muslim women can represent Muslim women.
Here, older debates on the “personal and private” versus “public and political” have been involved. Muslim society has traditionally been arguing that Muslim women belong to the personal and private domain, that is, to the family home, looking after the husband and children. Thus Muslim women have been traditionally cordoned off from the public and political.
People who have been taking this line have usually quoted a weak Hadith from Abu Bakra (not Abu Bakr) saying that a people headed by a woman will not prosper. Ameena Wadood’s research shows that the narrator had failed to prove an accusation in a court and was administered 80 lashes for that. Islam declares that evidence of such people is invalid. That also shows that Muslim women’s representation in major areas of life is not prohibited in Islam. 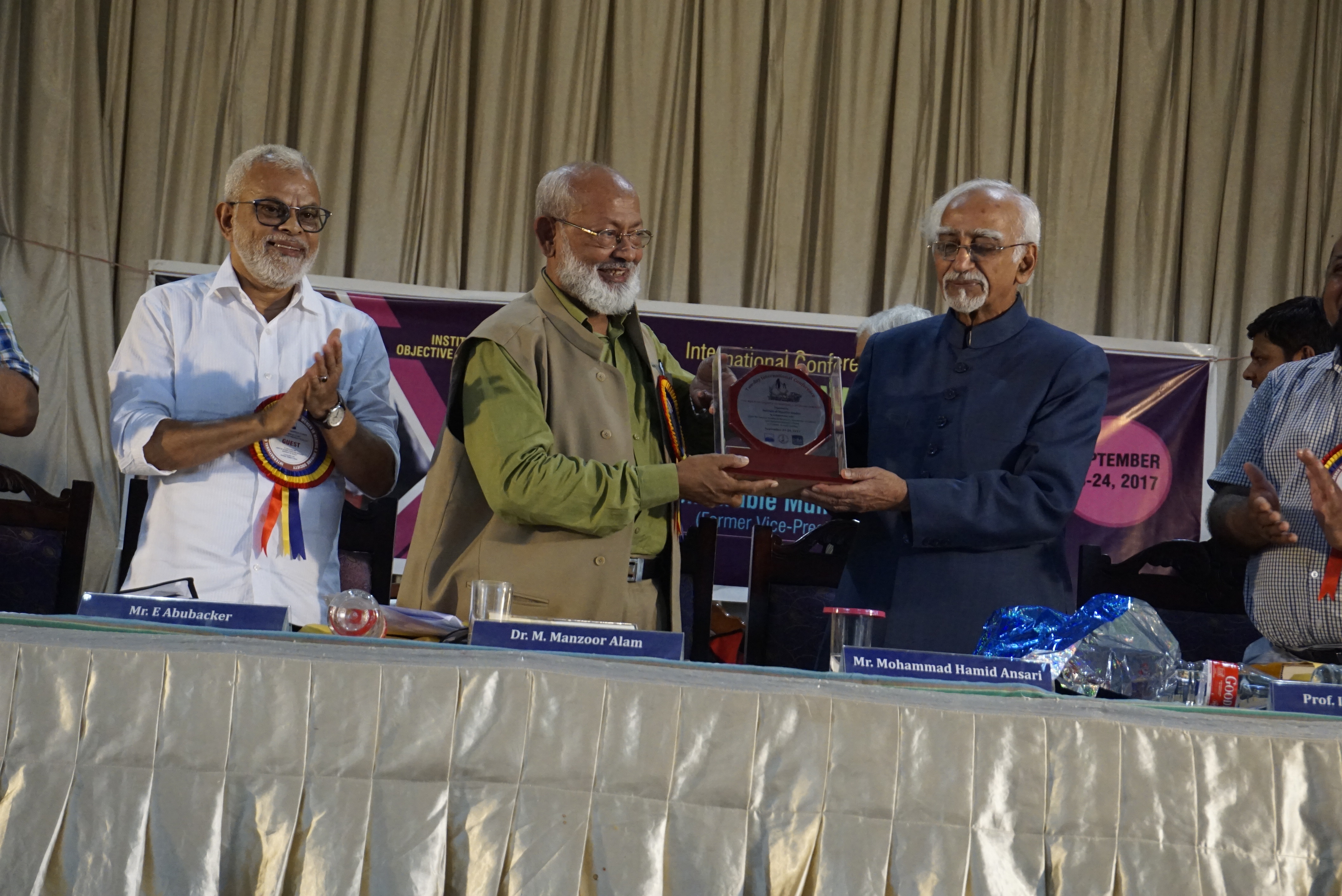 Give women agency, build the New Muslim woman
To be effective builders of a new world, the New Muslim Woman has to be given agency (she has to be an agent of her own free will). She must be armed with the finest knowledge. She has to be like Akbari Begum, Sir Syed’s mother. And after 1857, like Abadi Begum (Bi Amma), Maulana Mohammad Ali Jauhar’s mother.
From the late 19th century to the early 20th century several Muslim women rose in the sub-continent to become leaders of girls’ education movements across the country, including Khujista Suhrawardy, mother of undivided Bengal’s chief minister and, later Pakistan’s Prime Minister, Syed Hasan Sayeed Suhrawardy. Then there was Rokayya Showkat Hussein, wife of an ICS officer from pre-partition Bengal, who led a great movement for Muslim women’s modern education and built institutions. The Nawab Begums of Bhopal contributed a lot to education of women in India. For men committed to Muslim women’s education a great role model was Papa Shaikh Abdullah, who built the Aligarh Muslim University’s Women’s College in the face of great opposition.
We have a mission and a history. We have great role models. All that we have to do is move on with renewed determination.
It is a long story, which I have to cut short. Our girls deserve the best education, training and freedom to be great leaders in the movement to build a humane society.
(The above is a slightly edited version of Dr. Mohammad Manzoor Alam’s address at an international conference on “The Role of Women in Making a Humane Society” in Calicut on September 23-24, 2017)
Tags: Dr Manzoor Alam Empowering Muslim women to construct a humane world