The Congress government in Karnataka is celebrating Tipu Jayanti on Friday amid tight security. The Siddaramaiah-led government in Karnataka has been celebrating the birth anniversary of the 18th century Mysore ruler for the past three years to honour him as a freedom fighter. Tipu Sultan died fighting the British. Right-wing Hindu groups are, however, opposed to the celebrations as they see Tipu Sultan as a barabaric ruler who carried out forceful conversions. 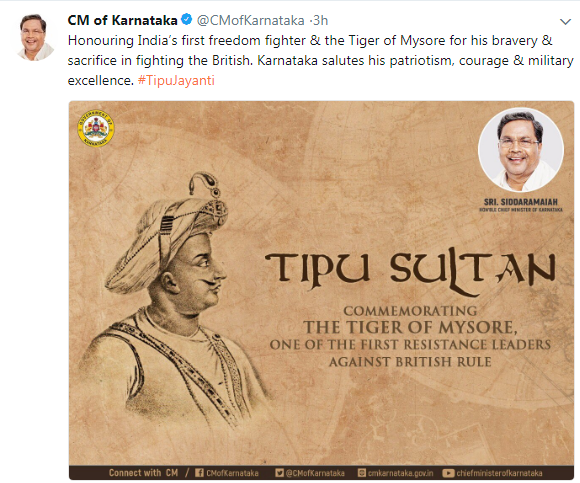