By M. Burhanuddin Qasmi
The supreme court of India has allowed on 5 December 2017, certificates issued by Gram Panchayat (GP) or executive magistrate to be used as supporting or linkage documents for claiming citizenship by a person in Assam during NRC (National Registration of Citizenship) process.
The apex court has set aside the order of Gauhati high court dated 28 February 2017, by which it had invalidated these certificates for linking citizenship of an applicant to her or his Indian parent before 1971, the cut-off year in the Assam Accord 1985.
This sincere move of the apex court is historic and a massive booster for millions who have been living in fear and uncertainty. This is surely going to bring relief to lakhs of women and men in the state who used this document to establish linkage with their fathers and husbands. This Supreme Court verdict is also a major set back for present BJP-led Assam’s state and Delhi’s central governments.
In the meantime, the apex court has also put an end to the undemocratic and maliciously marked division of Indian citizens into original inhabitants (OI) and non-original inhabitants in the NRC list. This OI and other  symbols are created by the state government within the final NRC list were bound to create rifts within Assamese society as some super citizens and other ordinary or second class citizens.
Thanks to the supreme court wisdom, it rightly struck in the heart of the issue and demolished the temple of divisive politicking in Assam with poor minority peasants and adivasis. It rightly observed that NRC is to prepare a list of Indian citizens and the constitution of India doesn’t make any distinction among its citizens. It was one more heavy blow to the present BJP governments both in the sate of Assam and in the Centre.
However, the leading petition under case No. 20858 of 2017 was filed by Rupajan Begum of Nogaon district and Monowara Bewa of Dhubri district in Assam. They had been marked as doubtful or ‘D-voter’ by their respective local election authorities; have yet to get complete relief. Their run to courts are still to over.
The foreigner tribunal court in Assam had discarded their documents, they were unable to prove their citizenship. The GP certificates were important document to establish their citizenship and linkage with parental families.
In the first stage the foreigner tribunal, and later the Gauhati high court, rejected the GP certificate and termed it as a “private document”. Harassed, they knocked the door of the supreme court with backing from All India United Democratic Front (AIUDF) president and Dhubri MP Maulana Badruddin Ajmal led Assam State Jamiat Ulema-e Hind. Now the apex court has restored the applicability of the GP documents in establishing the linkage to other documents that prove citizenship.
Rupajan and Monowara have simply won a part of their long and painstaking struggle only. Their counsel and lawyers said that the appeal against their being detected as a ‘foreigner’ by the foreigner tribunal has not yet been decided.
This will, hopefully, be decided positively in the days to come by the ‘tribunal’ because the parental linkage document of their citizenship is now validated by the supreme sourt. But to avail this they will have to walk to the foreigner tribunal once more. 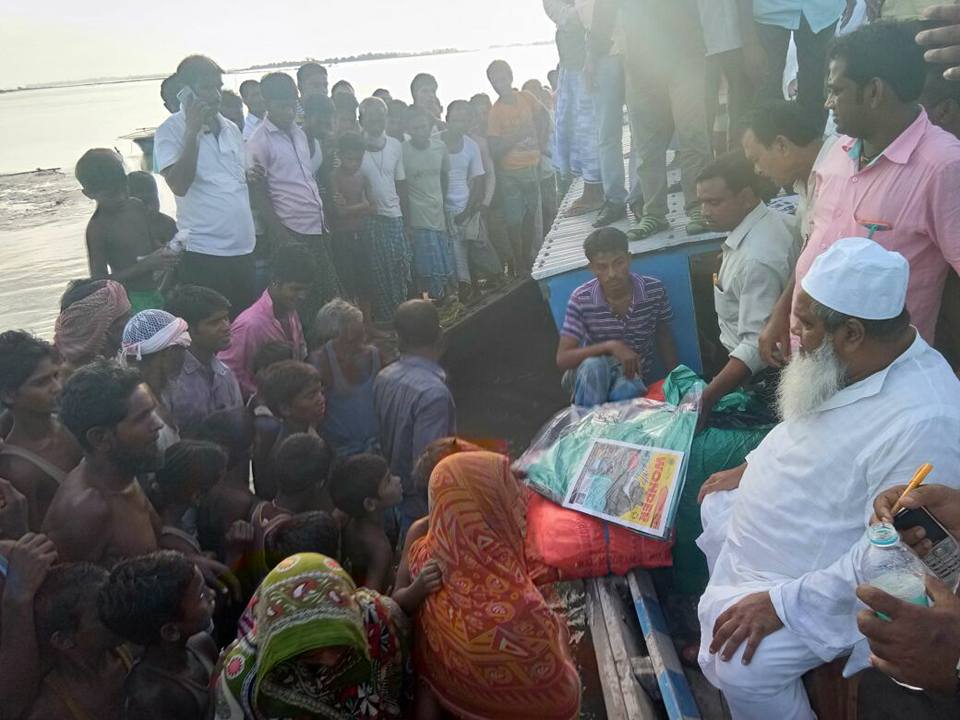 Many in Assam and elsewhere in India may find the apex court verdict a means to full on celebrations and greeting congratulations to each other. Here the real victims, the two poor women, have yet to feel complete relief. Their run to the court or tribunal, and their fear will not be over unless they are declared Indian citizens and the insulting tag “D-Voter” is struck off from their names in the electoral register and NRC list.
————————————————-
The author is editor of Eastern Crescent, magazine, a Mumbai based freelancer and a native of Assam.
Tags: BUT HOLD ON... SC VERDICT ON ASSAM GP CERTIFICATE IS HISTORIC