Home National A landmark Judgment by the Hon’ble Supreme Court of India in Assam... 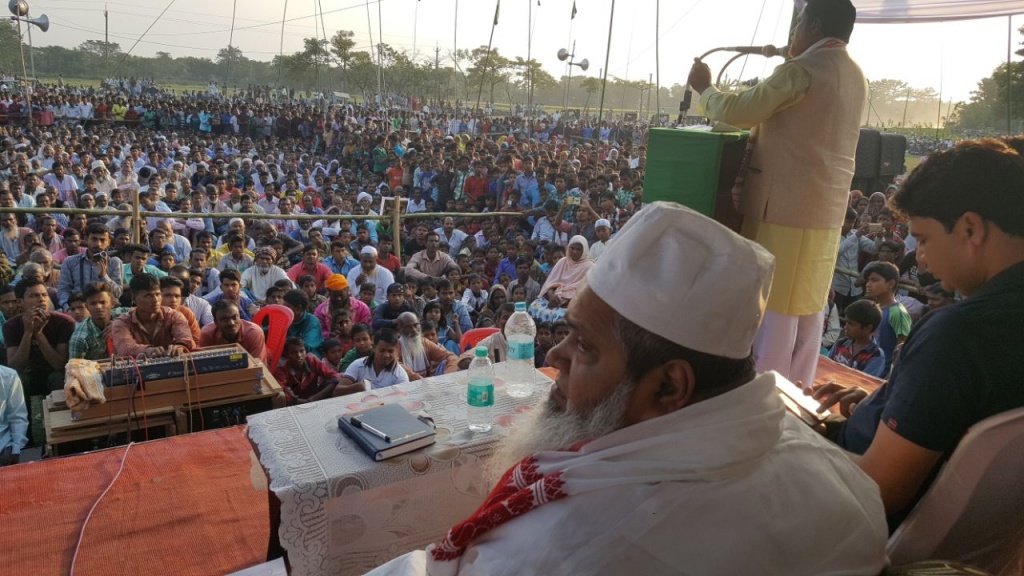 As both the affected women were disappointed by the Gauhati High Court’s order, Assam Unit of the Jamiat Ulama-i-Hind decided to help them out. Maulana Badruddin Ajmal said, it was not an issued related to these two women only but was affecting citizenship of lakhs of people. After that, under the leadership of Maulana Badruddin Ajmal, Jamiat Ulama-i-Hind decided to go to the Court. Then there came some other organizations who became a party in the case too.
It should be noted that preparation of National Register for Citizens in Assam has been underway under the supervision of Apex Court of India since last three years. The co-ordinator for the National Register of Citizens (NRC) in Assam, Mr. Prateek Hajela in his submission on 12 October 2017 told the Supreme Court that of the 48 lakh people whose Panchayat certificates were invalidated by the Gauhati High Court, about 17 lakh have been identified as original inhabitants. The rest are being examined. Sensing the graveness of this differentiation between the original and non-original inhabitants, a petition was filed under the guidance of Maulana Syed Mahmood Asad Madani and Maulana Badruddin Ajmal in the Supreme Court against this differentiation challenging its legality and demanding a definition of the same. The advocates of the Assam Government and the Central Government failed to convince SC by providing a satisfactory definition of the issue. The recent judgment proved a big blow to the conspiracy hatched to deprive many of their rightful citizenship.
To pursue all these cases in the Supreme Court, Jamiat Ulama-i-Hind hired a team of senior lawyers including Senior Advocate Abhishek Manu Singhvi, Senior Advocate Raju Ramachandran, Senior Advocate B.H. Marlapalle, Senior Advocate Ejaz Maqbool, Senior Advocate Shakeel Ahmed, Senior Advocate N.H. Majarbhya, Advocate A.S. Tapader, Advocate Qasim Talukdar and Advocate Aman Wadood. At the time of the judgment, Hafiz Rafiqul Islam, Secretary Jamiat Ulama-i-Assam was present in the Supreme Court with the advocates