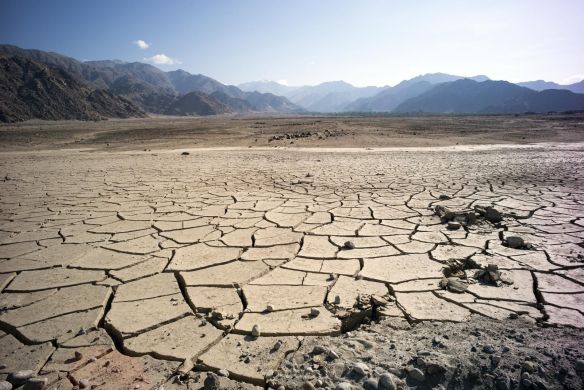 Asia exemplifies that dams and democracy do not go well together. Dam building has run into major grassroots opposition in major Asian democracies. But it continues unhindered in countries where grassroots empowerment is absent.

In recent weeks, one of the most pristine Himalayan rivers has mysteriously turned black when entering India from Tibet, highlighting how China’s upstream tunneling, damming and mining activities might be causing major environmental contamination. The plight of the Siang, the central artery of the Brahmaputra river system — the lifeline of northeastern India and Bangladesh — is a stark reminder that transboundary river water issues in Asia are no less important than the regional maritime issues of the South and East China seas and the Indian Ocean, which have attracted greater global attention.

Freshwater, or water that is not salty, is a life-supporting resource. But it is increasingly in short supply in Asia. Although home to 60% of the world’s population, Asia has less freshwater per capita than any other continent. Its annual freshwater availability of 2,697 cubic meters per person is less than half the global average of 5,829 cubic meters. Yet Asia has experienced the world’s most rapid growth in freshwater withdrawals from rivers, lakes and aquifers since its economic rise.

Water contamination until now has been mainly a domestic issue as highlighted by the pollution problems affecting the Yellow River in China and the Ganges in India. But the contamination of the Siang signals that this problem is becoming a transboundary problem, which will increase tensions and discord between neighboring countries.

Sino-India tensions have already increased due to freshwater disputes. Beijing has withheld hydrological data from New Delhi on upstream river flows in 2017 in breach of two bilateral accords. This undermined India’s flood early-warning systems during the critical monsoon season. In India’s Assam state, which suffered record flooding despite below-normal monsoon rainfall, many deaths were preventable. The data denial was apparently intended to punish India for boycotting China’s Belt and Road summit and for the border standoff on the remote Himalayan plateau of Doklam.

Asia’s water crisis, meanwhile, has given rise to grand but environmentally problematic projects such as China’s South-to-North Water Diversion Project. China has already completed two of the three legs of the world’s most ambitious water transfer program, which is now diverting billions of cubic meters of river waters yearly to its parched north. Because this program’s highly controversial third leg is to divert waters from rivers flowing to other countries from the Tibetan Plateau, China refuses to divulge any details about it.

More broadly, even as threats to Asia’s sustainable water supply are intensifying, geostrategic factors are raising the specter of water wars. Dam building and other diversions are often at the center of tensions and recriminations between states.

Asia illustrates that once shared water becomes a political and diplomatic battleground between countries, it begins to insidiously exact geopolitical costs in ways not dissimilar to the legacy of an armed conflict. The casualty usually is sub-regional stability and cooperation.

Asia also exemplifies another important trend — that dams and democracy do not go well together. Dam building has run into major grassroots opposition in Asian democracies like Japan, South Korea and India, driving up project costs and acting as a damper on hydropower expansion. In the absence of grassroots empowerment, however, there are few impediments to dam construction in Laos, Myanmar, Pakistan, China and elsewhere.

Indeed, China has become the global leader in dam building, boasting more large dams than the rest of the world combined. What is intensifying concern among downstream nations about China’s dam frenzy is the shift in its focus from domestic rivers to ones that cross borders. The Siang River’s contamination triggered a political furor and grassroots protests in India’s northeast, forcing Beijing to break its long silence and claim that a Nov. 18 earthquake in southeastern Tibet “might have led to the turbidity (clouding)” of the river. But the river waters turned dirty and gray before the quake struck.

The plain fact is that the environmental futures of China and its many neighbors are inextricably linked. Environmental degradation on the world’s largest and highest plateau — Tibet (which is warming at a rate three times the global average) — carries pan-Asian implications. With its height and other unique features, the Tibetan Plateau influences climatic and rainfall patterns across Asia.

Several other developments are also undermining Asia’s hydrological and climatic stability and fostering a cycle of chronic flooding and droughts. In many Asian countries, watersheds, watercourses, coastal ecosystems and the broader environment are being degraded, resulting in shrinking wetlands and forests, increased water pollution and other ecological problems.

These developments spur global warming. Natural water flows, evaporation and condensation help to propel the earth’s biogeochemical cycles and regulate its climate. Environmental degradation creates a vicious circle. It affects the hydrological cycle that shapes regional climate. A warming climate, in turn, has a significant impact on water resources.

Jakarta illustrates how Asia’s mounting threats from climate change are fostered by changes in the hydrological cycle. The Indonesian capital, home to nearly 30 million people, is sinking faster than any other major city in the world because of accelerated groundwater depletion. Tens of thousands of wells across Jakarta pump out groundwater at such a rate that it is causing large-scale subsidence, with as much as 40% of the city now said to be below sea level. Groundwater depletion is also contributing to the rise of the Java Sea, thus exacerbating Jakarta’s troubles. Some of the waters extracted from Jakarta’s underground aquifers ultimately end up in the sea.

A surfeit of water but not enough to drink is a scenario likely to confront many coastal Asian cities. One study estimates that groundwater depletion contributes 0.8 millimeters per year to the rise of ocean levels globally, or about a quarter of the total rise. Groundwater depletion, by inviting seawater intrusion into aquifers, is already compounding freshwater shortages in some Asian cities. Meanwhile, the plethora of upstream dams on rivers is causing a perceptible retreat of Asia’s heavily populated deltas that are home to megacities like Bangkok, Dhaka, Guangzhou, Kolkata, Shanghai and Tianjin.

Given that Asia is likely to face a hotter, drier future, governments there must initiate action to mitigate the impacts. The freshwater crisis that many Asian countries already confront should be tackled in a way that contributes to combating climate change. The imperative is to move from purely supply-side approaches to demand-side options that emphasize water conservation and quality as much as quantity. Even on the supply side, nontraditional measures, from recycling of water to rainwater capture, must be embraced.

If unsustainable practices and mismanagement of water resources are not addressed, freshwater will become a precious commodity whose control will spark conflicts in Asia. The rise of water nationalism at a time of increasing water stress highlights the linkage between water and peace. Cooperative institutional mechanisms and sustainable resource utilization constitute the building blocks of water peace. Water is a key test of whether Asian leaders have the political will and good sense to think and act long term. What Asia confronts today, other continents are likely to face tomorrow.

Written By: Brahma Chellaney, Professor of Strategic Studies at the New Delhi-based Center for Policy Research and Fellow at the Robert Bosch Academy in Berlin, is the author of nine books, including Asian Juggernaut, Water: Asia’s New Battleground, and Water, Peace, and War: Confronting the Global Water Crisis.