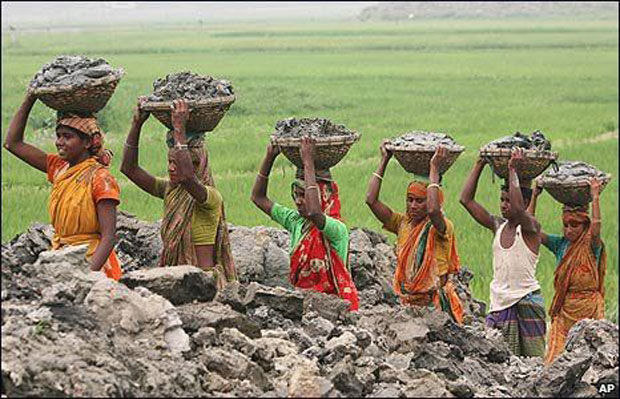 Recently there was a full series of difficult dialogues on Gender equality in International Centre, Donapaula, Goa. It stressed on Empowerment of women and problems faced by them in overcoming the gender inequality.

Each year the international women’s day is celebrated with more and more fervour and is soon approaching this year too. But the Problems related to women and their empowerment increase in manifolds.

She was the most oppressed in the society once upon a time and now that she is free and liberated with most of the rights in hand ,the problems of her suppression and misuse still persists. In reality it has lead to increase in her oppression in another manner.

Economic Survey 2016-2017 tabled in the parliament said the growing number of crimes, including kidnapping, sexual assaults on girls and women, has reached appalling levels and the insecurity women have to face in public spaces has increased.

According to NCRB data 2016, India continues to be a terrifying place for women. The data reported an increase of 2.9 per cent in 2016 over 2015 cases of crime against women.

The above figures show that how drastically we have failed in empowering women and solving their issues in lieu of imitating the “Liberated and free” west which in the name of Gender Equality and freedom has given an unsecured platform to the women with fake dignified status where she is exploited very carefully and silently to drag her more and more in danger.

In the name of equality she was dragged in all sectors of works. She was forced to imitate man to look like him, to work like him, to be powerful like him. In addition to this she was expected to fulfil her role of woman too with the same dedication as was done before. Women too have compromised with this dual role of both man and woman. In doing this she has discovered what she has lost in the long run. She had to sacrifice her family life, motherhood, fall prey to well framed traps in male bias society.

The age old practice of mistreatment on women still persists in this modern world though the women are much educated, self dependent, and economically strong. The oppression which was clearly visible in earlier times, is being carried out today as a well planned systematic approach towards the exploitation of women in the name of freedom and equality and gender justice which does not seem to be their exploitation but in fact has done lot of harm to the women and  is the main cause of increase in crimes against them. Seeking of knowledge or education which is considered as a greatest gift to mankind leading to the development of individual, society and world at large is mostly considered a means of earning and gathering more wealth. Earlier they were kept out of its reach because they did not have to earn and now in modern times as the girls have got access to it and show outstanding performance and excel in the careers her predators have made it a source of income for them. Parents too become selfish in many cases and tend to view the girls education as a source of returns for what they spent on her. Daughters are motivated to do all that the sons fail to do or can do. These growing expectations from girls lead for their late marriages at the cost of finding a better partner in their lives and later pregnancy issues. This also has harmful effect of her being left as spinster all her life. There are several strict laws enacted to tackle the menace of dowry system and has helped to reduce it to some extent but the predators have come out with new techniques of dowry system by forcing the women for working for them and their household needs and in some cases their husbands becoming completely irresponsible about their duty towards family leaving the women to handle the family as well as financial responsibilities putting extra burden on the women besides those given to her by nature like being a mother and nurturing the child in her protective care. Those women who take up the job by their own wish are also trapped in emotional web to spend a considerable amount from her earnings as per the wish of her husband and in laws. Career oriented women are also dragged into jobs meant for the pleasure of men wherein they are admired only for their beauty and body ignoring their real inner talent. The world of glamour which the women are attracted to has its own complications and demands which finally leaves the women with loneliness, depression, destruction and  ultimate suicides. At one side where there is promotion of gender equality the other side there is discrimination of women on basis of age, class, beauty, body and same is the criteria for her selection in jobs or marriage, maintaining a woman in a subordinate position, whether physical or ideological, to other people within her family, household, community or work place. Those who are placed at high posts too are in reality puppets for some male dominated body.The women are hardly able to visualize what they are trapped into and by the time they realize it, it is too late for them to quit. 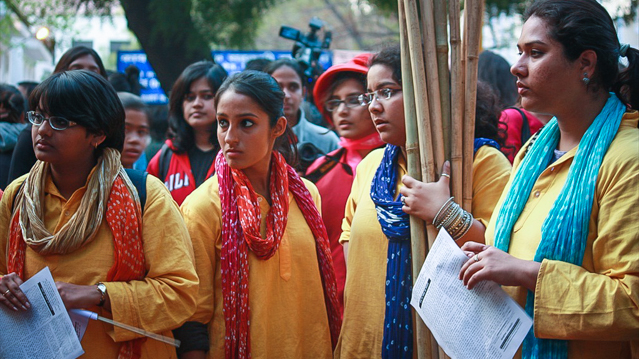 With the increase in number of wars and the victims of this modern armed conflicts being civilians and not soldiers, the casualties reported are more among Women. They face devastating forms of sexual violence which are sometimes deployed systematically to achieve military or political objectives.

With the demand for human flesh for sex, pleasure and wealth, Human trafficking has grown and again the targets for the same are women.

To analyze where we are lacking in bringing justice to women is to understand that mimicking man and making him as role model to come in equal terms is not the solution because the two different genders were created to play their unique roles in the society and not be alike. Their different physical, biological and psychological make proves they are two different identities and any effort in equalizing one with another will be in vain.

The question  is why a woman has to look at man for being empowered or come to his level for proving her gender superiority. Can’t she be considered superior to man for the dignified status given to her by God including the outstanding role of giving birth to humanity and raising humans in her careful and lovable arms giving them the teachings which will serve as a Red signal for all sorts of exploitation and injustice towards woman. Here is her opportunity to raise the generation with teachings of morality which would set a base for developing the empathy and respect for woman and develop the realization that the physical weakness of woman is not for male to empower her. Such teachings in his early childhood will leave deep impact on his mind and pave way for justice, respect and a real dignified status for women for this will cut the roots of all evils leading to destruction of women if the men are prepared for it in their early childhood.

Gender equality is the slogan of   today’s modernized society, the same society which is developed on foundation of social evils like materialism, selfishness, inhumanity, greed, Barbary, craze for power and wealth. How can such a society provide the safety of women? Such a society can only satisfy its own thirst under the label of benefitting women by providing her fake dignity in the name of equality and freedom. The need today is to understand the real definition of equality and liberation with due thought to its limitations and effects of its wrong interpretation, create an environment to wipe out all social evils which promote exploitation of  Woman and  not merely imitate man  to make him as a standard for her living degrading her unique status and overburdening herself playing the dual role and falling in the trap of  deception.