Home Opinion THE SECULARISATION OF RELIGION 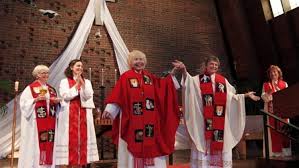