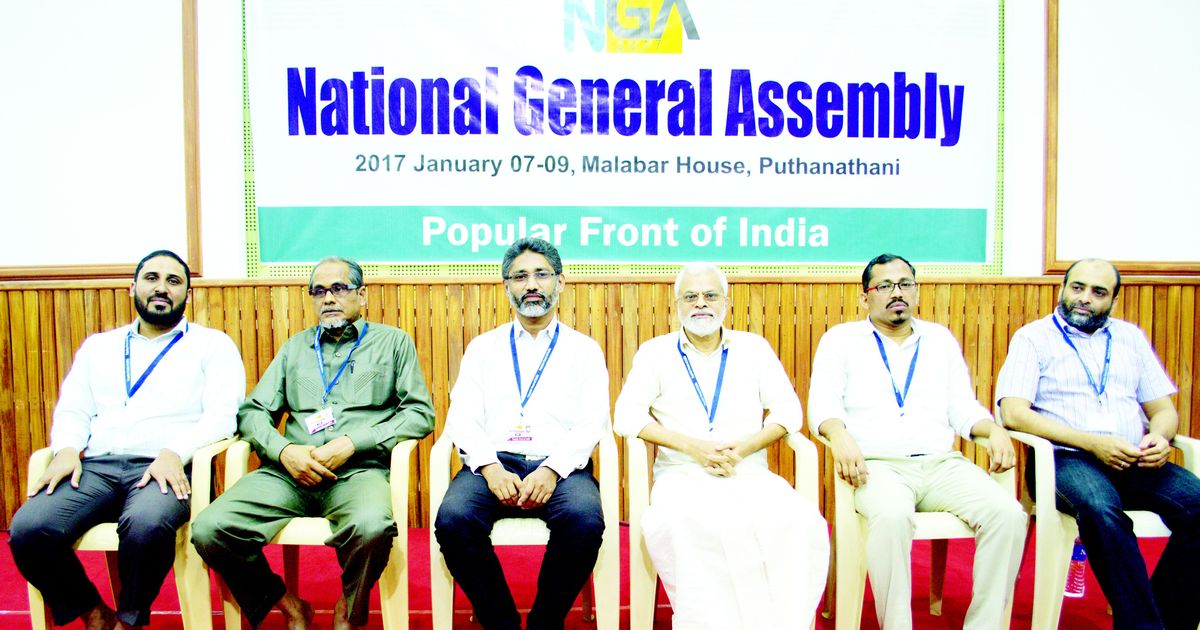 The Central Secretariat meeting of Popular Front of India has appealed to the people of Karnataka to defeat Hindutva politics in the upcoming Assembly elections and vote for secular candidates and representatives of people’s politics, to defeat the BJP.

Modi government which came to power 4 years ago promising ‘Ache Din’ has made life unbearable for a large majority of Indians by all means.   Communal polarization and hate crimes against minorities and Dalits reached its peak.  Their hate politics have now reached the mean level of rape politics as illustrated by recent incidents like Unnao and Kathwa.  The lives of people have become insecure. All voices of dissent are being brutally repressed and activists and intellectuals opposed to Sangh Pariwar were gunned down. People of Karnataka should not allow these forces to replicate the same situation in the state by electing them to govern Karnataka.   The Central Secretariat called upon the people to use this opportunity to give the communal forces in Karnataka and anti-people communal-corporate government at centre a clear message that India stands for democracy and constitutional values.  The meeting also reminded that it is high time the voices of religious minorities and depressed classes also should be heard in the assembly and hence SDPI candidates who are contesting in 3 constituencies be given opportunity to be in the next assembly as people’s representatives.

The meeting also expressed concern over the mass killing in the name of encountering Maoist militancy in Gadhchiroli in Maharashtra. It is shocking that decomposed dead bodies of alleged Maoists are found floating in Indroli river along Maharashtra-Chhattisgarh border.  Reportedly, around forty dead bodies including that of women have so far been found. Police explanation that they were killed in ‘encounter’ is difficult to be taken in the face value as we have a long history of fake encounters under the pretext of encountering terrorism. Zero casualties on the part of police also suggest of a possible unilateral mass killing and human rights violations. It is a shame for a progressive and democratic society to unquestioningly accept such killings and army excesses. The meeting demanded immediate action against responsible police personnel and a judicial enquiry about the incident.

The Central Secretariat meeting of Popular Front of India in a resolution has termed the Central government’s reluctance to elevate Uttarakhand High Court Chief Justice KM Joseph as a Supreme Court judge a politically motivated decision. The meeting observed that the reasons put forth by BJP government such as  regional representation and SC/ST representation, do not hold water. Their distaste with KM Joseph arises from his verdicts that were unfavorable to right wing politics, particularly his order that struck down the imposition of president’s rule in Uttarakhand in 2016. Such an open display of political interference with judiciary will undermine the sanctity of the apex court and destroy people’s trust in judiciary. The meeting appealed to Supreme Court Collegium to stand by its recommendation for Justice KM Joseph.

The meeting also welcomed the trial court judgment which awarded life sentence to 10 accused in Shamsuddin Ansari lynching case in Bokaro district of Jharkhand. Shamsuddin Ansari’s lynching falsely accusing him of child-lifting was one in the series of horrific lynching happened in the state.  The judgment gives a clear warning to the racist and fanatic elements that are spreading a lynching culture across the country against innocent Muslim labourers and cattle traders. Such judgments are rays of hope for the victims in their fight for justice.

The meeting expressed relief in the release of Dr. Kafeel Khan from his 8-month-long imprisonment in Gorakhpur Jail after being granted bail by Allahabad High Court. What was done by Yogi Adityanath government to Dr. Kafeel Khan was inhuman and outright injustice. The fact that a man of exemplary character like him who struggled against all odds to save lives  of newborn infants of impoverished families, was made scapegoat for the ghastly systemic failures of a corrupt government shows the degeneration of Yogi  Government. Now, when for the want of evidence Allahabad High Court has granted bail to Dr. Khan, Yogi Government must withdraw cases against him, apologize to him and compensate for the time he served in jail and the humiliation it brought to him and his family.