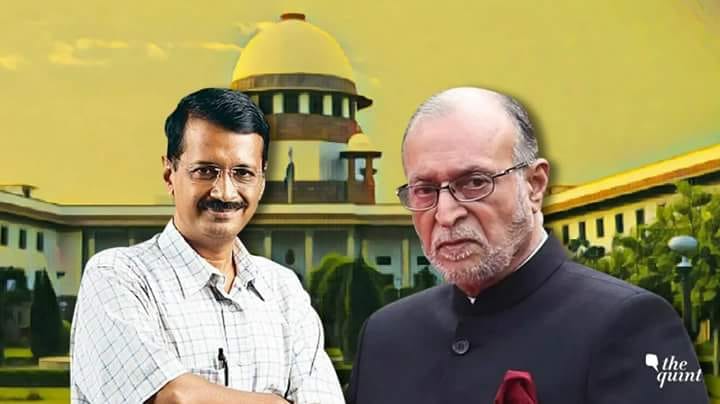 “The good governors should have a broken leg and keep at home,” wrote Spanish writer Miguel de Cervantes. A governor’s primary role, as the author indicated, was to be like a sagacious counsellor “to be consulted, to warn and to encourage”. In other words, the person should be above politics. Unfortunately, India’s experience with governors and lieutenant governors (LG) has been disappointing. The controversies we have had to date prove that the office of governor/LG has been used by all political parties to assault federalism and further constitutional despotism.

First, the Supreme Court’s judgment in the Government of NCT Delhi versus Union of India case for resolving the dispute over the demarcation of powers between the Centre and the Government of NCT Delhi, which was delivered on Wednesday, has tried to show the Lieutenant Governor of Delhi, Anil Baijal, his true constitutional place, by saying that he is not even the governor of the National Capital Territory, but just an “administrator”. The SC bench added that since the people of Delhi are the real sovereign and the country is a “representative democracy”, the powers must vest in the elected representatives, not in the nominated LG.

Second, the court reiterated that constitutionalism is a central feature of our Constitution, and no constitutional functionary, including the nation’s elected representatives, can claim “absolute powers”. This idea — elected representatives have limited powers — needs to be emphasised strongly today as many elected leaders world over are turning authoritarian, in the so-called name of popular will to bring real democracy. Globally, democracy is in danger across the world due to ballot, not bullet. The age of coup de’ tat is over. Today, in many countries we don’t have military dictators, but elected despots.

Fourth, the Supreme Court order also emphasised that since India adopted the Westminster model of government, the real powers vests in the elected government and a governor is just a nominal head. He reins but does not rule.

The BJP has criticised the Congress on the issue of independence of governors. Governors are appointees of the ruling party and usually they don’t go against the Centre. For example, while quashing the imposition of President’s rule in Arunachal Pradesh in 2016, the Supreme Court in the Nabam Rebia case criticised the then governor Jyoti Prasad Rajkhowa, by observing that his conduct in the case has given “a thrashing to the Constitution and a spanking to governance”.

Fifth, the court also authoritatively laid down that Delhi is a sui generis (in a class by itself ) Union Territory and, therefore, the LG has no independent powers of his own and should go by the opinion of the ministers who are collectively responsible to the legislative assembly. In exceptional situations, he may refer “any matter” to the President and comply with the presidential directions, which the apex court clarified will be directions of the central government as the President must also act on the “aid and advice” of his ministers.

Sixth, the court further clarified that “any matter” does not mean “every matter” and thus the LG cannot refer matters to the President in routine or mechanical manner. The CJI added that the LG will keep principles of collaborative and cooperative federalism, constitutional trust, constitutional morality and constitutional objectivity in mind while referring a matter to the President and will not differ with the elected government in the name of “right to differ”. He should keep in mind that except for three matters — police, land and law and order — Delhi is like any other state.

In the Delhi judgment, the five-judge bench, however, did not deal with the original disputes between the LG and the city government, concerning the anti-corruption branch and services, and, so, there is nothing against the current LG, Anil Baijal, in this judgment. These specific issues will be decided by another bench. Justice Dhananjaya Y Chandrachud, one of the judges in the SC bench, further restricted the scope of this power to refer matters to the Centre by adding a stringent requirement: Only cases that adversely affect the ”issues of national importance and Delhi’s status as national capital” should be sent to the President. Ideally, the Supreme Court should have given some illustrative cases in which the LG can exercise his power of reference. But the apex court preferred to leave it to the political agents.

Thus the broad message is of the verdict is that the LG, in most matters, is like any other titular head. The three judgments substantially agree with each other, and so it is a unanimous verdict.

While delivering the judgment, the SC bench quoted earlier case rulings to say that we are a parliamentary democracy and thus governors should ideally behave like the British Queen.

Once again, it has also closed the option of India adopting the presidential form of government.