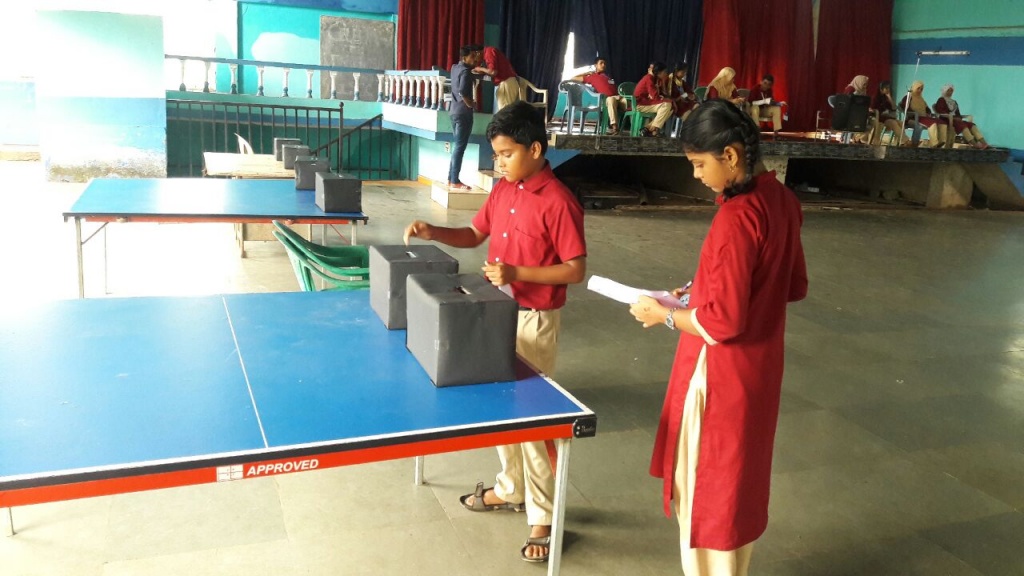 All the election process was a joyful learning experience for us,It has provided us an opportunity to understand the electoral process,an excited Sobiya Inamdar told.She is a IX std student of the school and was a contestant for the head girl post .She said that I got to learn how to promote ourself  and convince other to support us. It pumped lot of confidence in me,I must thank my all the teachers conducting this unique activity, she added  further.

In an attempt to  create voting rights and awareness amongst the school students as to how the election is conducted, Unity Group of Schools, Valpoi, held it’s first democratic elections for the post of School head boy and  head girl on Monday.
First, an Election Commission was set up in the school, consisting of three teachers, namely, Fehmida Can, Abdullah Khan and Shaikh Nawaz M Karol.
Students were asked to file their nomination forms with their previous year’s report card. Two-day time was given to the candidates, to withdraw their nomination forms, only after which the final candidates list was put out.
There were a total of 11 candidates, of which 7 stood for head girl and 4 contested for the post of head boy.
A total of 398 students casted their  vote to elect the first head boy and head girl of the school.
Amish was voted as the head boy of the school, while Ayan stood second. Likewise, Madiha khan was voted as the head girl, while sobiya secured the second highest votes.
Sharafat Khan, father of the elected head girl Madiha ,expressed happiness over his daughter’s win and thanked teachers for initiating such a creative activity at school level.
While addressing the students Madiha also said , I don’t speak the change ,I will make the change and shoulder all the responsibility for them.
Chairman of Unity Group of school, Shaikh Sulaiman Karol and Head Master Ashraf Ali Khan informed Millattimes.com  that “This was first time where such elections were held in our school. This will give students fair idea how democratic elections are conducted.”
Part of the electoral frame young teacher Shaikh Nawaz Karol said ,   Our school students have gone on to become doctors and engineers, now, it is time to build young leaders from our institutions. He further says,  I believe that it’s better to grow a leader than search for one later and this is a small step towards it.
United Education society is running Unity group of schools  in the Sattari Taluka of  Goa state nearly last three decades which includes pre primary,Primary and a high school about 1000 students are studying in these institutions.
Related news 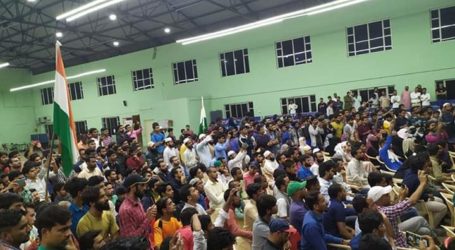 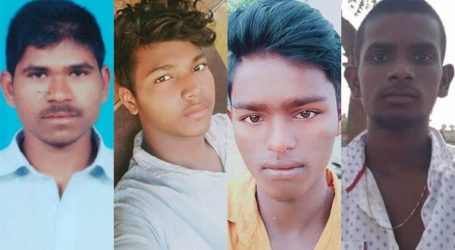 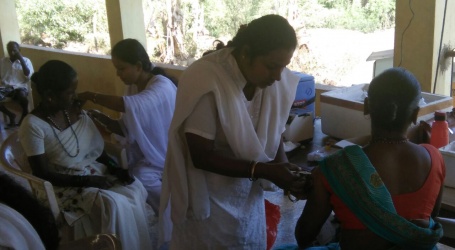