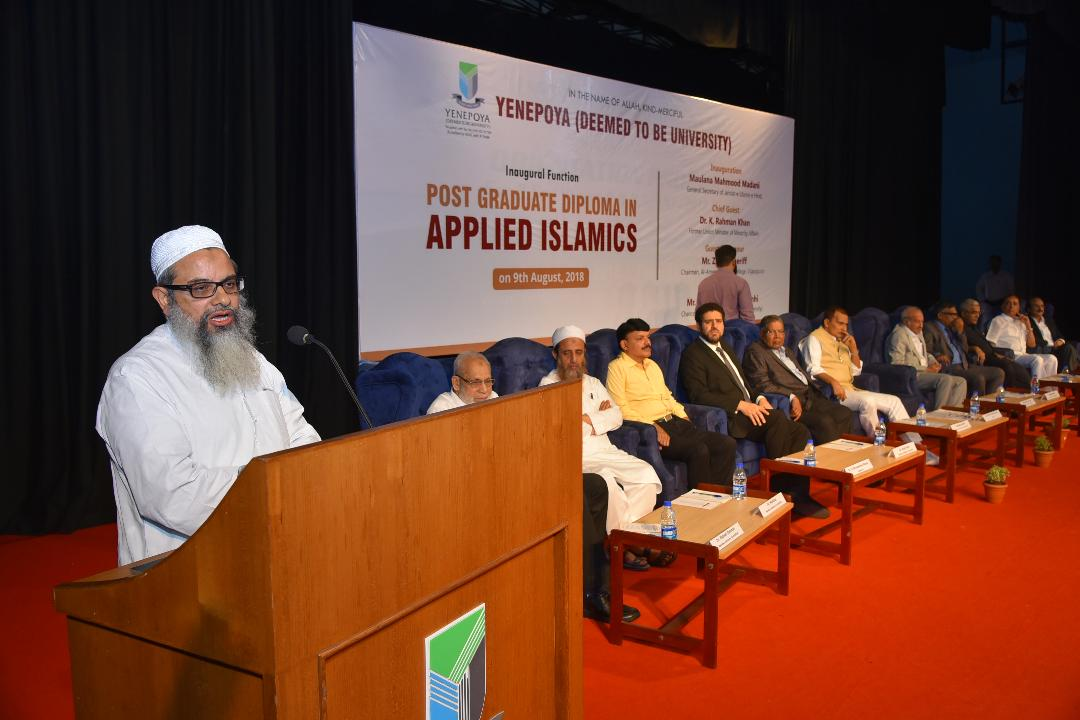 The inaugural programme of the Post Graduate Diploma in Applied Islamics was organised at Yenepoya University, Mangaluru (Karnataka) on 9th August 2018 at 10 AM. The programme has been initiated by Chair in Islamic Studies & Research under renowned thinker and writer, Dr. Javed Jamil.

Inaugurating the programme Maluana Mohamood Madani described it as the ‘need of the time ‘and stressed that Islam is meant for the welfare of the whole humanity. He praised the proposed syllabus of the cause and described it as an ideal which will be followed by the whole world in future.

Chief Guest, former Minister of Minority Affairs, Rahman Khan lauded the efforts of Dr. Javed Jamil on presenting a new holistic vision and congratulated Chancellor Abdulla Kunhi for taking the initiative. He said that “the concept of Applied Islamics is wonderful” and if Muslims the learn its essence, a new evolution in Islamic studies will be witnessed. Guest of Honuor Mr. Ziaulla Sheriff stressed upon the students to work hard and to be familiar with all the aspects of life.

Introducing the course  Dr. Javed Jamil said that all the religions need to come together on the basis of religious morality and not fight on the basis of religious identity . He told that the principles of Islam can be applied in fields like Health Sciences, Social Sciences and National Sciences for the benefit of the whole world. He stressed that we have not to study Islam in the light of modern sciences but study the modern sciences in the light of Islam.

Vice Chancellor Dr. M. Vijayakumar gave an introduction of Yenepoya University and told that PG Diploma in Applied Islamics is the 100th course started by the University. 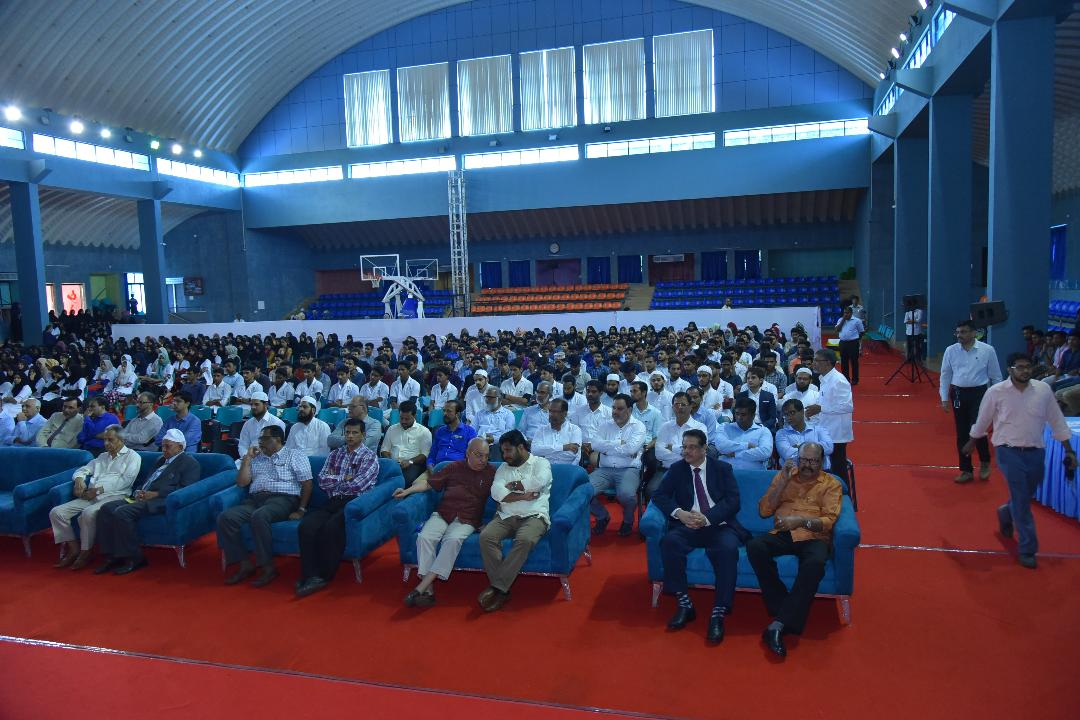 Chancellor Mr. Y Abdulla Kunhi expressed his delight at the inauguration of the course and told the gathering that their ultimate aims is to be established a big International centre of Applied Islamics

Postgraduate Diploma in Applied Islamics, the course inaugurated today, is a unique course, first of its kind in the world, which will focus on Islamic analysis of the scientific and social developments in the modern world. Applied Islamics refers to “the study of the application of Islamic Principles in the modern fields of knowledge like Law, Natural Sciences, Health Sciences and Social Sciences including Economics and Philosophy:- it comprises the analysis of the modern theories in different fields in the light of Islamic principles and the development of the alternative terminologies, definitions, methodologies, indices, programmes,  policies, models and paradigms consistent with Islamic teachings with an aim of helping a cleaner, healthier and more peaceful world”. While subjects like Theology, Arabic and Islamic History are being taught in other places as well, it is the subject of Applied Islamics, which gives this course a very special place. It introduces an interdisciplinary approach. Chapters on India’s Constitution and the importance of its Secular and Democratic values and the international institutions will also be covered. It will also have Comparative Religion as part of its course and will work for the coming together of all religions and religious communities on the basis of common religious morality rather than fighting each other on the ground of religious identity.