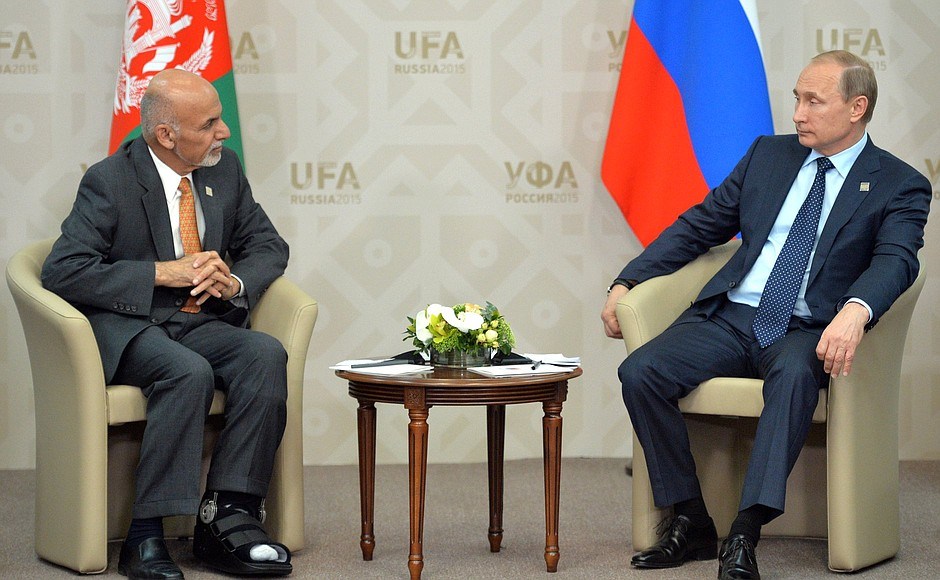 The abrupt postponement of next week’s Afghan conference in Moscow might look like an undignified Russian defeat in the face of a dangerous American provocation this morning, but it’s actually a strategic delay intended to make the outcome more fruitful by potentially including Kabul in this framework.

Russian Foreign Minister Sergei Lavrov called Afghan President Ashraf Ghani earlier today and postponed the next round of the Moscow peace process on the war-torn country which was supposed to have originally been held next week.

The meeting was supposed to have been the continuation of previous gatherings aimed at streamlining an Afghan-led solution to this long-running conflict, though it hit a snag after the US and Kabul both declined to attend and India is was reportedly undecided about the level of representation to send to the meeting. These were important diplomatic hurdles that threatened to hamper the overall effectiveness of this regional meeting, which would have diminished the immediate political effect of Russia getting the Taliban to participate in the event.

It’s partially because of Moscow’s success at getting the armed opposition to attend, however, that Washington refused to take part because it believed that Russia is legitimizing the political aspirations of the group that it’s been fighting for almost 17 years. Following its patron’s lead, Kabul said that it wouldn’t go either unless the Taliban held bilateral talks with its representatives on the sidelines of the gathering, something that it’s refused to do out of principle because it considers them to be American puppets. India, for its part, didn’t want to imperil its rapidly developing strategic relations with both the US and Afghanistan by sending a high-level delegation to Moscow under these tense circumstances, yet it also didn’t want to snub Russia by pulling out of the event and resultantly accelerating the already fast-moving Russian-Pakistani rapprochement, which is why its participation would have probably been more symbolic than substantial.

Given the prevailing state of affairs, the now-postponed get-together would have pretty much only functioned as a “meet-and-greet” between the Taliban and the attendees, some of whom such as the Pakistanis, Russians, and Uzbeks already have differing levels of pragmatic political contact with the group while others like the Kazakhs would have entered into formal working relations with them for what might have been the very first time. The expected result would have therefore elevated the Taliban’s diplomatic capital by “rehabilitating” it as a responsible member of the Eurasian community, especially in the security sense of being a formidable bulwark against ISIS-K.

The postponement of the forthcoming round of the Moscow peace process on Afghanistan obviously had something to do with this morning’s false flag provocation, though it’s still unclear what the exact relationship to it actually is. As it stands, it appears as though Russia’s top diplomat got a hold of Ghani and the two sides frankly discussed what happened, especially in terms of the US’ intention to sabotage next week’s previously planned talks. It might have been throughout the course of this conversation that Moscow and Kabul reached a pragmatic understanding with one another to delay the event as they continued negotiations over the Afghan government’s possible participation in the future.

This is a probable interpretation of events given the wording of Kabul’s statement on the matter, which said that “President Ashraf Ghani spoke by phone with Foreign Minister Sergey Lavrov, and an agreement was reached on postponing the events related to the meeting in the Moscow format. Both countries are jointly preparing to hold this meeting.” Therefore, while a superficial reading of the situation might suggest that the US did indeed succeed in its goal to undermine next week’s conference, it could never have thought that this outcome would backfire on it by actually being a strategic delay that might end up bringing Russia and Afghanistan closer as a result.