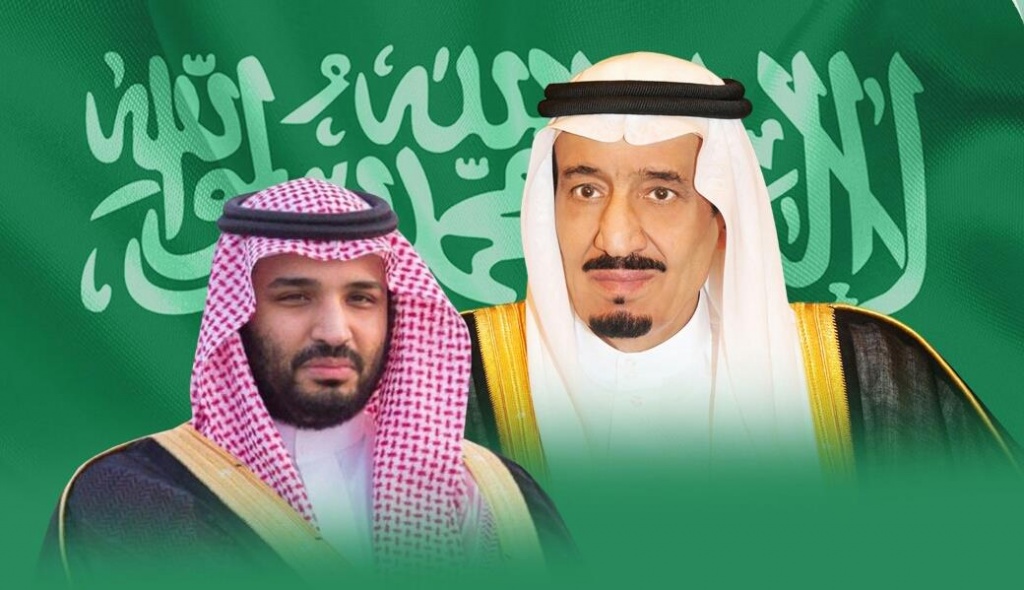 On September 23, the Kingdom of Saudi Arabia will celebrate its 88th National Day.It marks the day the Kingdom was unified under the founding King Abdulaziz bin Abdulrahman Al Saud in 1932.On this occasion,we alsocelebratethe progress our great nation has made over the last nine decadesto become a modern state and a major player on the international arena.

Yet another milestone event in our nation’s historic journey under the leadership of the Custodian of the Two Holy Mosques King Salman bin Abdulaziz and the Crown Prince HRHPrince Mohammad bin Salman,  isApril 25, 2016 – the day Vision 2030 was announced. The Vision expresses our long-term goals and reflects our country’s strengths and capabilities. Our leadership’s vision is of a strong, thriving, and stable Saudi Arabia that provides opportunity for all. The Vision emphasises scaling up economic diversification, raising the skill level of the Saudi young men and women and wisely utilizing the Kingdom’s abundant natural resources.

The Saudi Government is exerting continuous efforts at diversifying its economy to achieve the goals set under Vision 2030. The ambitious $500 billion mega city project, NEOM, is underway. The 26,500 square kilometres zone will focus on diverse industries including energy and water, biotechnology, food, advanced manufacturing and entertainment. Additionally, the project of Al-Qiddiya -an entertainment, sports and cultural destination- a first of its kind has beenlaunched earlier this year near Riyadh. These diverse cities will be significant in creating new employment opportunities, and accelerating the growth of the Saudi Arabian economy. 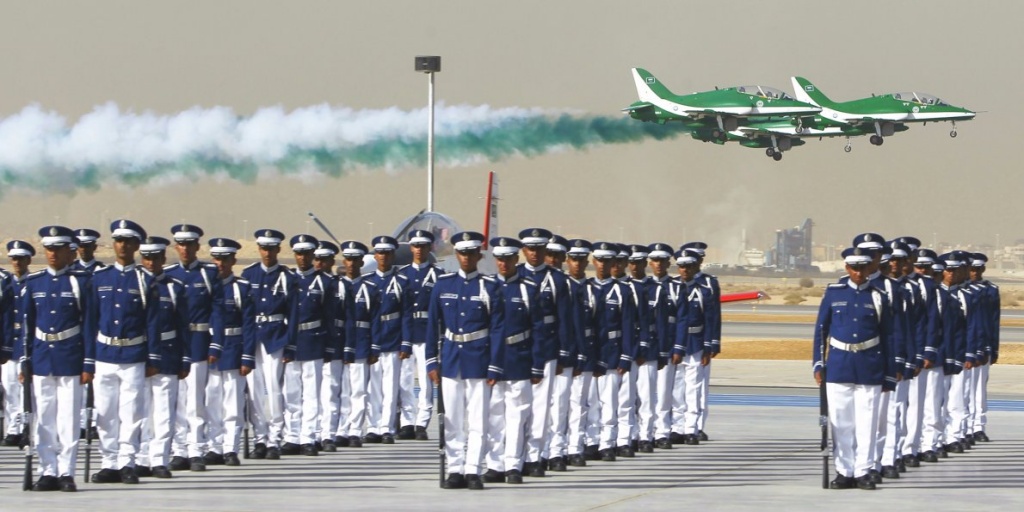 Our eyes are set on the future. Our New Solar Energy Plan 2030 is the world’s largest project of its type. By 2019, the Kingdom’s first two solar generation projects with 3GW and 4.2GW of solar capacity will be commissioned and by 2030, more than 150 GW solar power will be generated. The Plan will help create up to 100,000 direct and indirect jobs in the Kingdom. Additionally, it will increase the GDP by $12 billion and save up to $40 billion annually. Furthermore, Saudi Arabia has been strengthening its oil industry, one of the strongest drivers of its growth and has maintained its position as a key enabler in the global oil economy. In April 2018, Saudi Aramco and a consortium of three Indian oil companies signed a MoU to jointly develop and build an integrated refinery and petrochemical complex in Ratnagiri, West Coast of India. The project is estimated to cost around $ 44 billion. 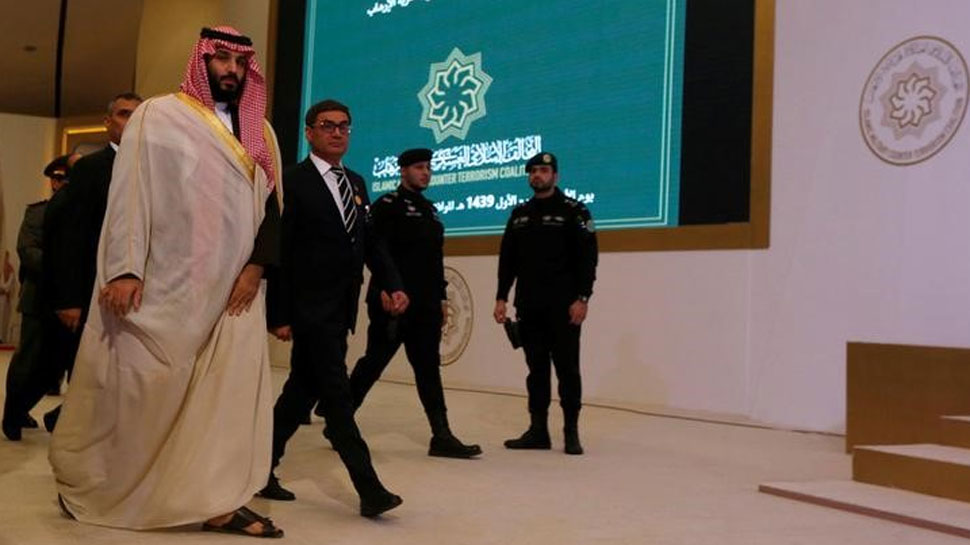 The Kingdom has also initiated a program of restructuring at all levels of government institutions. Digital services have been expanded to reduce delays and cut tedious bureaucracy and ensure more efficiency, transparency, and accountability.Significant steps have been taken to improve the business and investment climate to promote industrial development, particularly small and medium-size enterprises (SMEs). According to a recent World Bank report, Saudi Arabia instituted the largest number of business reforms in the Middle East and North Africa region.In June 2019, the Kingdom of Saudi Arabia will be included in the MSCI Emerging Markets Index, the MSCI ACWI Index, and other applicable regional and international indexes. Multiple regulatory and operational improvements are opening the domestic market to international investors. 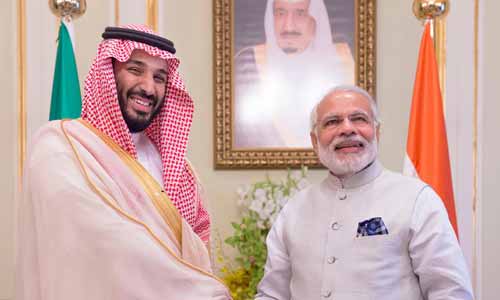 Social development is as crucial as economic development.Led by Vision 2030 and the associated National Transformation Program, Saudi Arabia has surpassed a majority of the 17 United Nations Sustainable Development Goals (SDGs). It was made possible by integrating SDGs into specific and detailed plans and programs developed by the government in partnership with the private sector and civil society organizations. 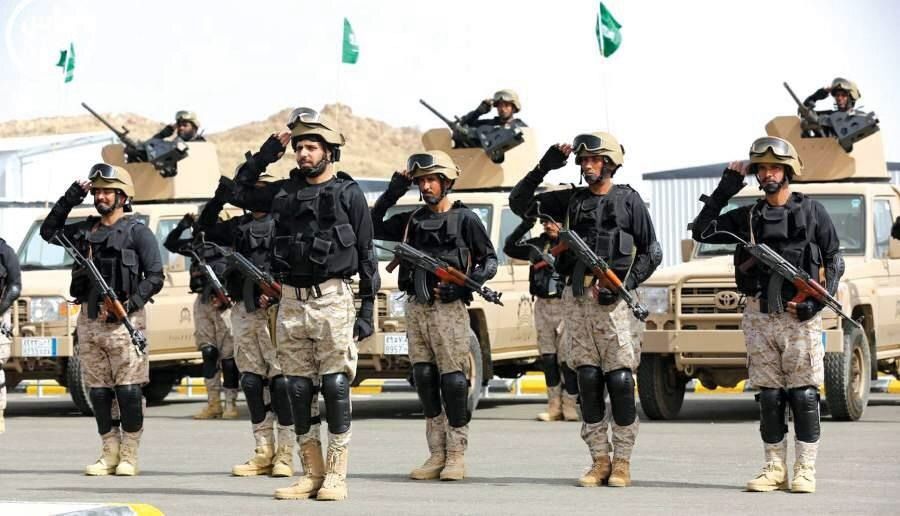 To promote full participation of women, the Kingdom has launched several initiatives including a national observatory to monitor women’s participation in economic and social development; including a digital portal for female job seekers. The royal decree that has allowed women in the Kingdom to drive has further enabled their participation in the progressive economy. Over 50% of Saudi university graduates are women. Women have achieved remarkable increase in the Custodian of the Two Holy Mosques Program for Scholarships Abroad in multiple disciplines. Today, women scholarship students are enrolled at universities in 57 countries, accounting for nearly 25% of our students abroad, nearly150,000 students. 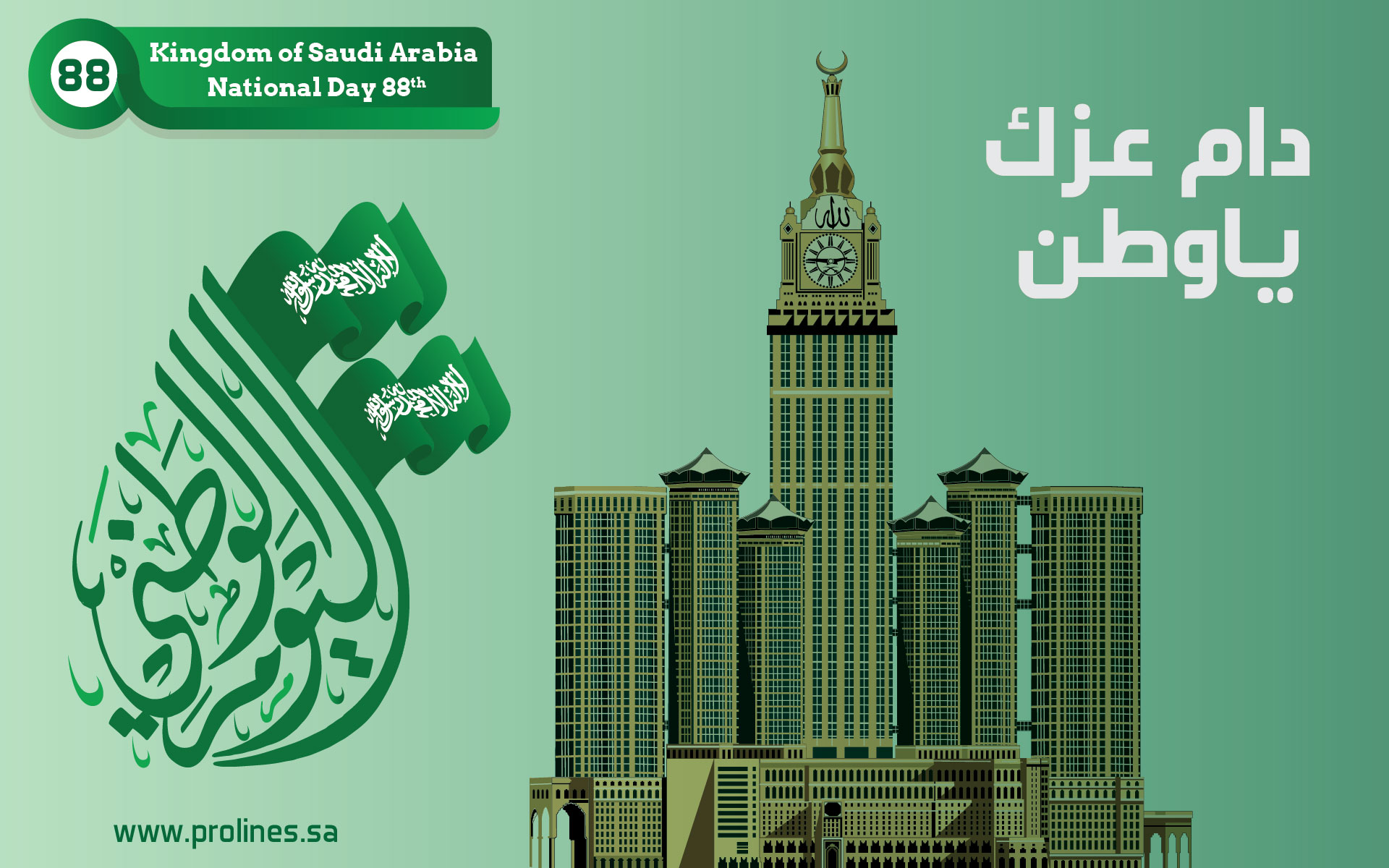 The country’s infrastructure is also being developed and upgraded, including expansion of the railway system and introduction of a new light rail mass transit project with metro lines and a community bus network in the Kingdom’s major cities of Riyadh, Jeddah, Makkah and Medinah.

With Vision 2030 serving as a blueprint, the Kingdom is working on the strategic objective of welcoming 30 million pilgrims each year to perform Haj and Umrah. The third phase of expansion of Grand Mosque launched by King Salmanis making good progress. Expansion of the building itself covers 1.47 million square metres, including 78 new gates. Thevarious new infrastructure and transportation projects are beautifully shaping up. In Medina, the new Prince Mohammad bin Abdulaziz Airport was inaugurated by King Salman in 2015.  The new King Abdul Aziz International Airportin Jeddah isexpected to be fully operational in a few months. The HaramainRailroad which has been going under testing for the last four months, will be fully operational later this year. It will shorten the time of the journey between the two holy cities of Makkah and Medina to a couple of hours with the capacity of 60 million passenger per year. 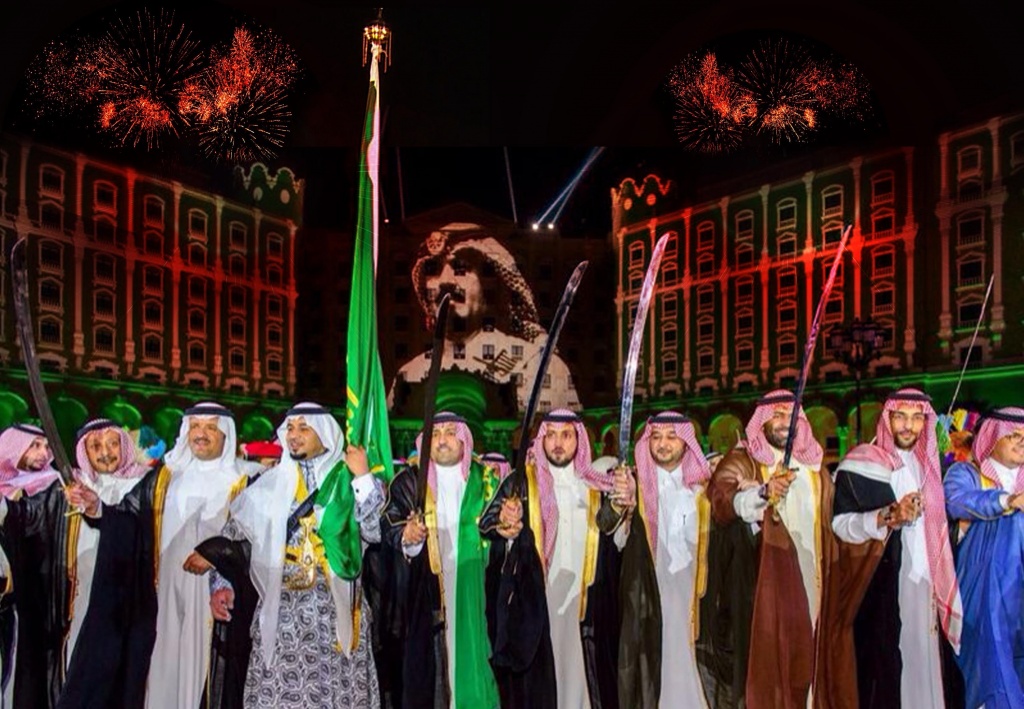 As we focus on the development of our country and bringing about prosperity for our people, we continue to face the challenges in our region and continue our responsible role as a peace-loving nation. Political and Economic stability in the Middle East and around the world is one of Saudi Arabia’s greatest priorities. Peace, stability, non-interference, good neighbourliness and prosperity of the region will continue to be our guiding principles. My country will continue its leading role in countering extremism and terrorism and their supporters. 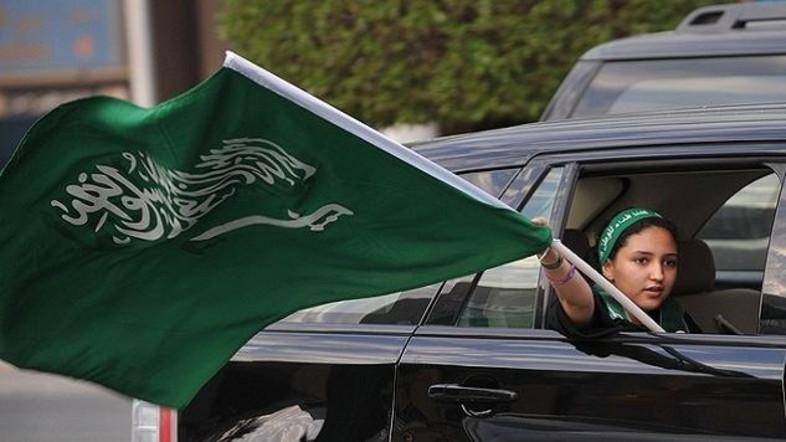 The Kingdom of Saudi Arabia  has maintained its pioneering role in spreading good- will and compassion beyond its borders by being at the forefront of the international community in terms of share of gross domestic product (GDP) earmarked for humanitarian aid. The King Salman Centre for Humanitarian Aid and Relief, since its was established in 2015, has provided humanitarian and development aid worth more than $ 1.9 billion to more than 37 countries in four continents, implementing more than 450 projects in areas of food security, housing and shelter, preventative health care and education. 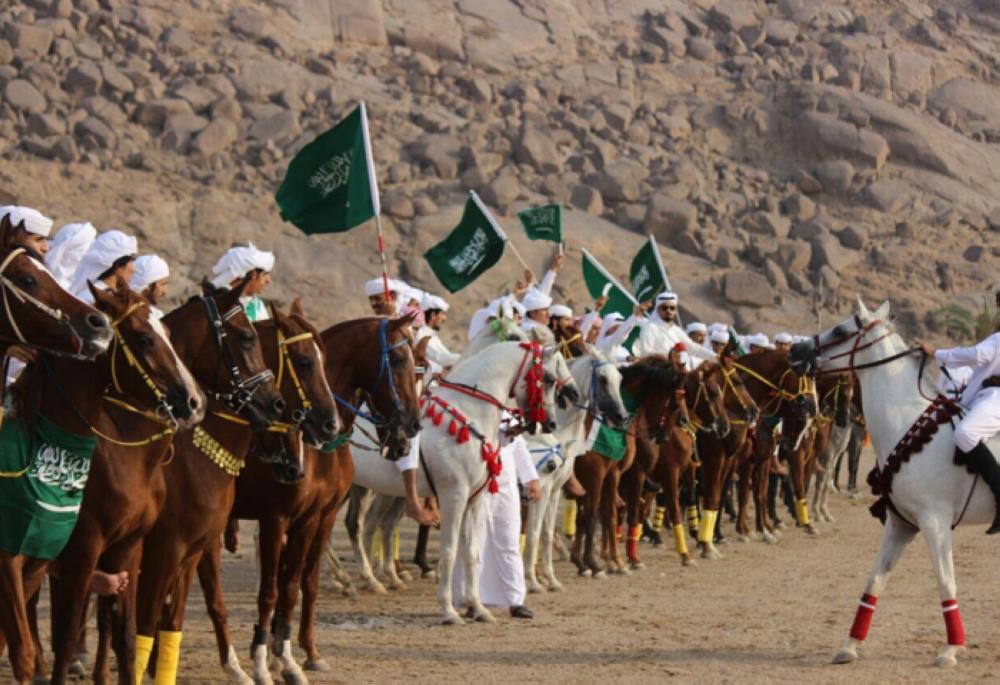 Lastly, I must say that India is one of our most importantstrategic partners. In all aspects, our ties have grown and expanded. In the spheres of cultural ties and people to people connection, earlier this year India was the guest of honour at the Kingdom’s National Heritage Festival, and Saudi Arabia is hosting over 3.2 million Indian nationals,forming an important pillar of our relationship. Our energy cooperation and joint investment is set to grow further and our security cooperationis also getting stronger. The partnership between our two friendly countries will certainly continue to grow further in the coming years.