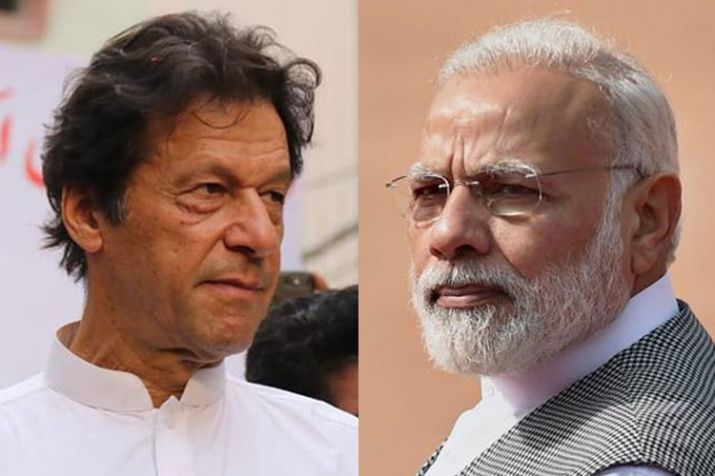 In a sharp reaction to the cancellation of talks between the foreign ministers of India and Pakistan, Imran Khan on Saturday termed India’s move as “arrogant” and “negative” to his call for a resumption of dialogue between the two countries. The Pakistan Prime Minister also tweeted that “all my life I have come across small men occupying big offices who do not have the vision to see the larger picture.”

Hitting back at the Pakistan PM for his remarks, Union Minister Ravi Shankar Prasad asked what else can be expected from a “person who is sitting in the position of prime minister at the directions of his country’s army”. “There will be no talks with Pakistan till our soldiers keep getting killed,” he said while addressing the media in the national capital.

The Indian government, a day after accepting Pakistan’s proposal for a meeting of foreign ministers on the sidelines of United National General Assembly (UNGA) in New York, cancelled the meeting and said “the evil agenda of Pakistan stands exposed” and the “true face” of Imran Khan, the new Prime Minister of Pakistan, has been “revealed to the world”.

Disappointed at the arrogant & negative response by India to my call for resumption of the peace dialogue. However, all my life I have come across small men occupying big offices who do not have the vision to see the larger picture.

Announcing New Delhi’s decision, Raveesh Kumar, official spokesperson for the Ministry of External Affairs, cited “two deeply disturbing developments” — the “brutal killings” of security personnel by Pakistan-based entities and the release of postage stamps glorifying Hizbul Mujahideen commander Burhan Wani who was killed by Indian securitymen in July 2016. “Any conversation with Pakistan in such an environment would be meaningless. In view of the changed situation, there will be no meeting between the Foreign Ministers of India and Pakistan in New York,” Kumar added.

Meanwhile, Pakistan Minister for Information and Broadcasting Chaudhary Fawad Hussain said, “Our government and Army are so close that if the Army did not want us to talk, our Prime Minister would not have taken the initiative to write to your Prime Minister saying let’s talk… Pakistan has been serious and open-hearted about holding talks with India from the day Imran Khan came to power, our seriousness is now before the whole world, what India has done is also before the world.”