Home Opinion MASJID IS AN INTEGRAL PART OF ISLAM 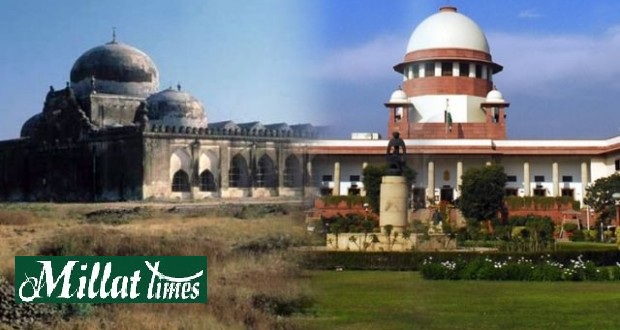 Islam is what is in the Qur’an and Sunnah of Prophet Mohammad (saws). There are several verses in the Qur’an which speak about importance and sanctity of a masjid in Islam. Here is one of the verses from the Qur’an:

Masjid is very important and both religiously and culturally an integral part of Islam. There are clear texts in Hadith where it is emphatically instructed that Muslim men must offer 5 daily prayers in masjid with congregations. This has been in practice ever since Islam existed in this world. If some individuals are not doing so then this is their personal default which does not change rules. Hadith, Fiqh and all Islamic sources are unequivocally stating that masjid is an integral part of Islam and Muslim society.

Islam is what is in the Qur’an and Sunnah of Prophet Mohammad (saws). There are several verses in the Qur’an which speak about importance and sanctity of a masjid in Islam. Here is one of the verses from the Qur’an:

“And who is more unjust than he who prevents (men) from the masjids of Allah, that His name should be remembered in them, and strives to ruin them? (As for) these, it was not proper for them that they should have entered them except in fear; they shall meet with disgrace in this world, and they shall have great chastisement in the hereafter.”

The Prophet Mohammad (saws) said: “The congregational prayer exceeds that of individual prayer by twenty seven degrees. Whoever performs ablution properly then goes to the masjid, every step that he takes erases one of his bad deeds and elevates him a degree (in Paradise). If he enters the masjid and starts praying, the angles will implore Allah to forgive him and have mercy on him saying: ‘O Allah! Have mercy on him and forgive him.’ And one remains (receiving an equal reward as if he is still) in prayer as long as he is awaiting (the coming) prayer.” (Sahih Muslim)

The majority of jurists are of the opinion that praying in congregation at masjids is a stressed upon Sunnah.

If masjid is not the essential requirement for Salah (prayers) then mandir is also not an essential requirement for Puja or worship. The same should be true for all religions and all religious places. If pure places of worship are not included as integral part of any religion and not protected by articles 14, 15 and 25 of Indian Constitution, then what? Does it mean all masjids, mandirs, gurdwaras, churches and synagogues; all endowments and waqf properties are vulnerable that any government can confiscate them under land accusation act as and when it wills?

However, it is Islam alone which puts extraordinary importance on congregational prayers. Muslims pray five times a day and Juma (the Friday prayer) each week in a masjid only. Juma and Eid prayers cannot be done except in a masjid or an open ground in congregation. Then how masjid is not an integral part of Islam and Muslims – – my Lord!

The three judge bench’s majority judgment – 2/3, barring Justice Abdun Nazir in the Supreme Court of India on 27 Sept. 2018 with reference to Ismail Farooqi vs Union of India case’s outcome in 1994 is unconceivable. If under the land accusation law the Union of India can acquire certain land of a worship place from one group then how can the Government or any court allow the other group to perform worship in the same land before the title is cleared by a verdict ? If the outcome of 1994 case already had influenced the title suit judgment on Babri Masjid – Ram Janmabhoomi, on the basis of ‘aastha’ in the Lucknow Bench of Allahbad High Court in 2010, then what is the assurance that the same is not going to influence the upcoming judgment in the same case in the Apex Court in future?

We, as laymen, can ask these questions to ourselves only. However, upholding the spirit of justice, sanctity of law and saving the constitution of India are lying in courts’ wisdom. We as citizens of this country wish that equality for all and transparency in justice should prevail everywhere and forever!