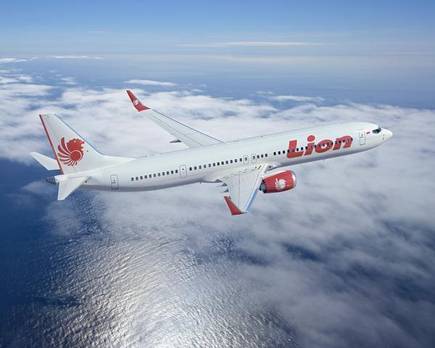 Rescue workers stand next to body bags at the port of Tanjung Priok, that are believed to be from Lion Air flight JT610, that took off from Jakarta and crashed into the sea, in Jakarta, Indonesia October 29, 2018 in this image obtained from social media. On-screen text provided at source. Basarnas/via REUTERS

After the Lion Air flight carrying 189 passengers crashed into the sea on Monday morning, rescue officials said that there are not expecting any survivors. The pilot, an Indian died in the crash, confirmed the Indian Embassy in Jakarta. The flight that took off from Jakarta to the city of Pangkal Pinang off the island of Sumatra crashed into the sea minutes later. A tugboat leaving the capital’s port had seen the craft falling. An official of Indonesia’s safety transport committee said he could not confirm the cause of the crash, which would have to wait until the recovery of the plane’s black boxes, as the cockpit voice recorder and data flight recorder are known.

The plane lost contact 13 minutes after takeoff, according to the official. Debris thought to be from the plane, including aircraft seats, was found near an offshore refining facility in the Java Sea, an official of state energy firm Pertamina said. “We don’t know yet whether there are any survivors,” Muhmmad Syaugi, the head of the search and rescue agency said. “We hope, we pray, but we cannot confirm.” “We cannot give any comment at this moment, said Edward Sirait, chief executive of Lion Air Group. “We are trying to collect all the information and data.”