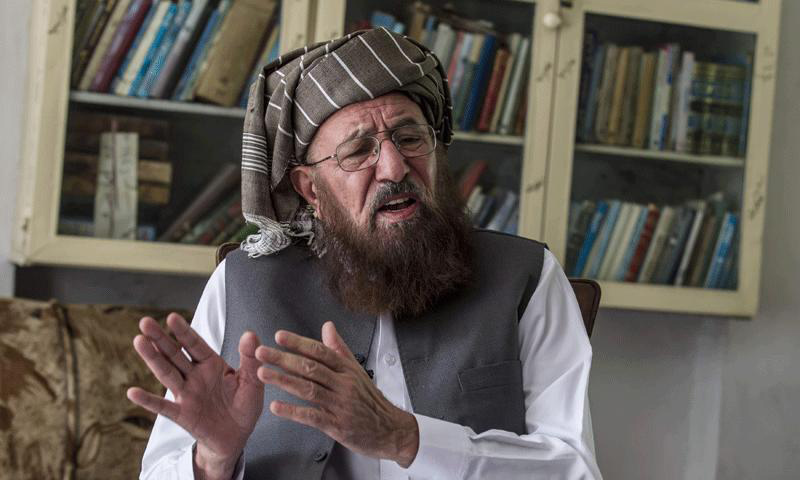 Senior religious scholar and former Senator Maulana Samiul Haq has been assassinated at his residence in Rawalpindi.

The religious scholar’s family and Jamiat Ulema Islam-Sami (JUI-S) officials confirmed the news of his death.

“He was trying to reach the protest in Islamabad but came back home due to roads being blocked. He was resting in his room during Asr time when his driver/guard went out for 15 minutes. When he returned, he found Maulana Samiul Haq dead in his bed and his body covered in blood,” Haq’s son, Hamidul Haq, told media via telephone.

Haq was one of the senior most religio-political figures in Pakistan who had twice been elected as a senator. He was member of the Senate of Pakistan from 1985 to 1991 and again from 1991 to 1997.

Maulana Sami, said to be around 83 years old,  was head of the Darul Uloom Haqqania, one of the largest and most influential madrassas (seminaries) in Pakistan located in Akora Khattak, Khyber Pakhtunkhwa.

The JUI-S chief headed a committee formed for peace talks with Tehreek-e-Taliban Pakistan (TTP) in 2014.

The talks, despite repeated rounds, failed to yield results and the then Pakistan Muslim League-Nawaz (PML-N) led government subsequently launched a crackdown on militants following terrorist attacks on Karachi’s Jinnah International Airport and then the Army Public School in Peshawar later that year.

His party has been an ally of the ruling Pakistan Tehreek-e-Insaf (PTI). The PTI also gave him ticket for the 2018 Senate election, but he could not be elected to the upper house.

Last month, a high-level delegation from Afghanistan had called on Maulana Sami, known as the “Father of the Taliban”, at Darul Uloom Haqqania and urged him to play a role in resolving the Afghan issue.

The delegation had appealed to the JUI-S chief to play the role of a mediator between different groups of Taliban as they considered him [Maulana Sami] their elder. The delegation members assured him that they would accept his decision for reconciliation in Afghanistan.

Maulana Sami had told them that the Afghan issue was very complicated and its resolution was not an easy task for him. However, he had said he wished to see a logical end to the Afghan issue and an end to bloodshed in the country.

This is a developing story that is being updated as the situation evolves.