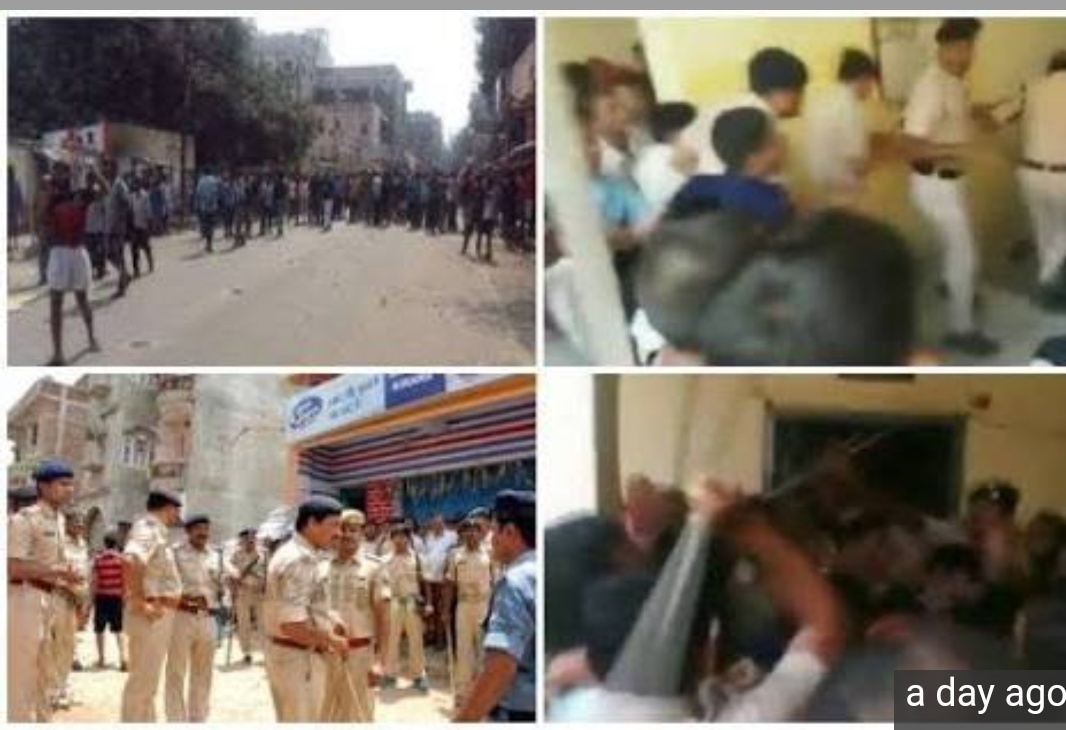 Millat News Network|New Delhi|: As many as 175 police constables, many of them women, have been dismissed from service for indulging in large-scale vandalism and violence in Patna on Friday following the death of a female colleague, a top police official said.

Inspector General of Police (IGP), Patna Zone, Naiyar Hasnain Khan said on Sunday that the dismissed constables included 167 trainees. Khan, who had been entrusted with the investigation and taking departmental action against those indulging in the indiscipline, said 23 others posted at the police line here were also suspended.

“Nearly half of the dismissed trainee constables are women. The suspended personnel include a head constable and two others who had the responsibility of assigning duties to trainees,” the IGP said.

Policewoman Savita Pathak (22) died at a private hospital in Patna on Friday morning, a day after she had to be taken off duty due to serious stomach pain. Blaming the seniors for putting Pathak on duty despite ill health, trainee constables vandalised the entire police line and overturned vehicles of officials on the streets on Friday.

It took hours to bring the situation under control with top officials supervising the operations in full riot gear.

The police authorities had said the death appeared to have been caused by dengue. However, the hospital later clarified that the dengue test had not been conducted on her and she was suffering from some form of viral infection.

Khan said, “During investigation, we found that Pathak was indeed ill and she had been on medical leave in October for three days. In such a situation, she should not have been asked to report to duty.” The IGP added that he had also recommended action against the medical officer of the Police Hospital for his failure to take proper stock of the deceased constable’s health and give appropriate advice and treatment, which might have saved her life.

“I also found that more than 90 personnel were posted at the police line for more than four years. This is unacceptable and they will be transferred out of the Patna zone,” he said.

Khan said the departmental action was in addition to the four FIRs lodged against those who had indulged in the indiscipline.

“One of the FIRs was lodged by Mohammad Masaluddin, the Deputy Superintendent of Police in-charge of the police line, who was assaulted and chased to his residence by a mob that ransacked his house and misbehaved with his family members,” Khan said.

He denied the allegations levelled by the agitators that the deputy SP was responsible for Pathak’s death. “We suspect that the agitators were instigated by some disgruntled personnel, against whom the officer might have taken action in the past,” the IGP said.

Chief Minister Nitish Kumar has sought a detailed report on the incident from Director General of Police (DGP) K.S. Dwivedi.