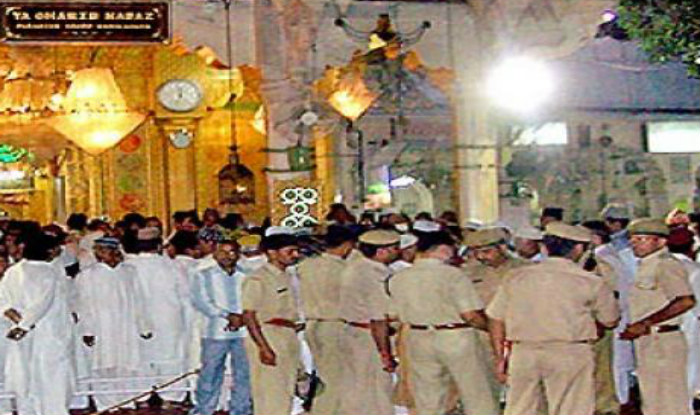 Gujarat:Accused who supplied bombs used in 2007 Ajmer dargarh blast arrested nail been accused of having supplied the bombs used in the attack on the dargarh in Ajmer which killed three and injured 17.
MT New Network |New Delhi |All acquitted in 2007 Mecca Masjid case: NIA loses another right-wing terror case
The accused Suresh Nair was held in Bharuch.

The Gujarat Anti-Terrorism Squad (ATS) Sunday arrested an accused in the 2007 Ajmer dargah blast case. Suresh Nair, who was on the run, was held in Bharuch after ATS officers received a tip-off that he was going to visit Shukltirth, a religious place on the bank of Narmada river.

Nair has been accused of having supplied the bombs used in the attack that killed three and injured 17. The National Investigation Agency (NIA) had declared Rs 2 lakh reward on his arrest. Nair was one of three absconding accused in the case. The other two are Sandeep Dange and Ramchandra.

A special NIA court in Jaipur had in March 2017 acquitted key accused activist Swami Aseemanand and six others, giving them the “benefit of doubt”. Among those acquitted were Harshad Solanki, Lokesh Sharma, Mehul Kumar, Mukesh Vasani, Bharat Bhai and Chandrashekar.

However, in the last week of August, Patel of Bharuch and Gupta (42) of Ajmer were granted bail by the Rajasthan High Court after their lawyers argued that the men had been convicted on the basis of “human probability… circumstantial evidence… conjectures”.