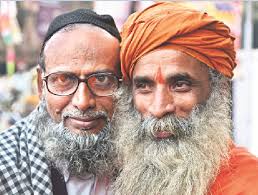 Since Modi government came into power, Religious tolerance has deteriorated and religious freedom violations have increased in India Since 2014 ( US Reports). According to reports in 2015 India experienced a 17% increase in communal violence. Mob-killing became the order of the day – of 63 attacks reported since 2010, 61 took place under Modi’s government. Since 2014, hate crimes, social boycotts, assaults, and forced conversion have damaged the constitutional secular fabric of society, resulting in inequality, political and administrative discrimination, threats to physical security of minorities . In fact India’s pluralistic tradition faces serious challenges.

The Evangelical Fellowship of India’s Religious Liberty Commission has tallied 134 attacks on Christians of their churches in the first half of 2016, nearly as many as the annual totals for both 2014 and 2015. So far as the plight of Muslims is concerned, they have been targeted on the basis of land disputes, their traditional livelihoods selling beef or cow products, and social interaction with Hindus. In this regard, several well-known authors, filmmakers and other civil society members returned National and State sponsored awards to protest, what they said was the growing religious and cultural intolerance in the country. . Many intellectuals are wondering whether India is shifting towards a “mobocracy” under Mr Modi’s watch. They also question the Prime Minister’s silence over the killings.

After mob killing of an individual accused of cow slaughter in Dadri, Uttar Pradesh, Rajasthan etc , religious groups reported official hate speeches against Muslims increased. Haryana Chief Minister Manohar Lal Khattar remarked that Muslims can stay in India, but they will have to give up eating beef. The chief minister of BJP-ruled Rajasthan, where 55-year-old dairy farmer Pehlu Khan was lynched, offered condolences over his “demise” without mentioning the fact that he had been murdered. A BJP lawmaker said he had “no regret” over the killing because Khan was a “cow-smuggler”.

While delivering the 12th Dr. Asghar Ali Engineer Memorial Lecture titled, “Muslims of India: Past and Present” at the Constitutional Club in Delhi on 23rd November, 2018 organized by Centre for Study of Society and Secularism (CSSS), Constitutional expert A G Noorani said “Muslims of India are in worst position today than in 1857 or 1947”.

There is a fast disappearing of Muslim in the Indian Republic and the last four years have seen a terrifying demonstration of this tyranny in action. In the 2014 elections, the BJP came to power without a single elected Muslim MP – in any case it had fielded only seven Muslims (5 in J & K and Bengal alone) out of a total of 482 candidates. The total Muslim representation in Parliament fell to 4%, the lowest since 1957. (Tufail Ahmad , a senior fellow at the Washington-based Middle East Media Research Institute in his article published @ Indian express ).

It is to add that recently the South Asia Solidarity Group has called on the UN Special Rapporteur on Minority Issues, Rita lzsak-Ndiaye to investigate the growing human rights emergency in India, particularly the attacks on religious minorities, Dalits and lynching of Muslims.

Recently, Government crack downed the Dalit activists, journalist and lawyers who were critical of some policies of Govt. Reportedly, they have been booked under charges Ranging from collaborating with Urban Maoists. Its aim is to silence those who have raised their voice against the abuse of state power and to warn others against opening their mouths.

No democracy can be a real democracy where the constitutional secular fabric of society, pluralistic tradition faces serious challenges.

* Both the Writers are observers of socio-political contexts. Views are their own. And can be reached at jaan.aalam@gmail.com.