Home Breaking News JNUSU Statement on the Filing of Chargesheet 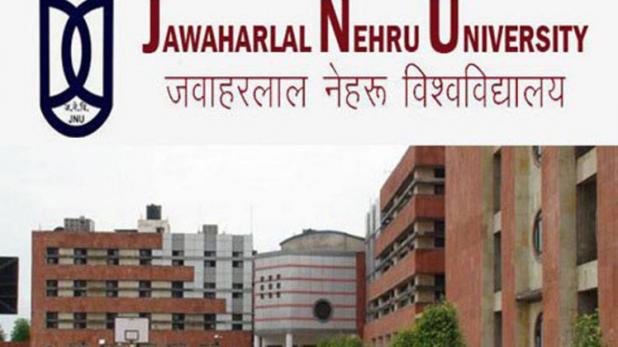 Millat News Network,New Delhi: It has been reported in the media today that the Delhi Police has filed a 1200 page chargesheet against former JNUSU President Kanhaiya Kumar, former students Umar Khalid, Anirban Bhattacharya and 7 Kashmiri students in the matter pertaining to the 2016 case. From the JNUSU we see this submission of the chargesheet after a hiatus of three years, as a clear case of vendetta and well-planned instruction from the Prime Minister’s office to whip up a frenzy and browbeat those who have emerged as critical voices to the Prime Minister and exposed the BJP governments utter failure in running this country just before the Lok Sabha elections due to take place this year.
*JNUSU stands in solidarity with each and every student who are being accused in this bogus case.*

What is most dangerous today is that the various institutions of our country, whether it is the CBI or the Delhi Police have been used by the BJP to target the opposition. As the people of the country are uniting to defeat the anti-people, anti-student & anti-farmer government of the day, these kinds of tactics are being utilised to stifle the opposition. JNU as a university has suffered immensely from this government directed propaganda that has been run against the university. It has to be noted that in the aftermath of February 2016, students lives were put under threat and the campus environment drastically changed wherein student were put under undue surveillance and ABVP goons got a free hand in instigating violence on many occasions. We are apprehensive that the godi Media, close to the BJP will again try to raise a hysteria while the real issues of the students, workers, farmers and other sections of our people will be sought to be sidelined. However we shall stand united to oppose such efforts and bring back the real issues of the people- the continued unemployment in this country, the farmers crisis or the massive corruption being done in the Rafale deal.

We are a 100% sure that such kind of trumped up charges would be quashed by the courts and our fellow students will be cleared of all charges. The JNUSU extends its solidarity in fighting these trumped us charges and all legal support to expose the lies of the government will be forthcoming. The Delhi Magistrate’s report which showed how many of the videos were doctored has not been even taken into consideration it seems. Right from the beginning we have maintained that this matter has been a pet project of the RSS-BJP to malign the university and distract the people from the failures of this government. The completely compromised manner in which the police investigation has taken place and the draconian charges levied on those named in the chargesheet will be exposed before the court and the people of this country. What is also ironical is that the draconian Sedition charge, enacted by the British and used against Bhagat Singh and Mahatma Gandhi, is being shamelessly used by the BJP governments today, whether it is in the JNU matter or against prominent activists and intellectuals in Assam such as Prof Hiren Gohain. In the name of this ‘false nationalism’ of the RSS-BJP, the use of a British colonial provision is being used to stifle the opposition.

The country is witnessing the brazen display of power, with raids being conducted on prominent leaders of the opposition to the use of sedition against students. We believe this only reflects the sheer desperation of the Modi government, whose time is coming to an end. However no such actions will stop us from continuing to oppose this regime and we are confident that truth will prevail in this matter and the Modi government will be remembered in history for its falsehood and politics of vendetta against the students of this country.