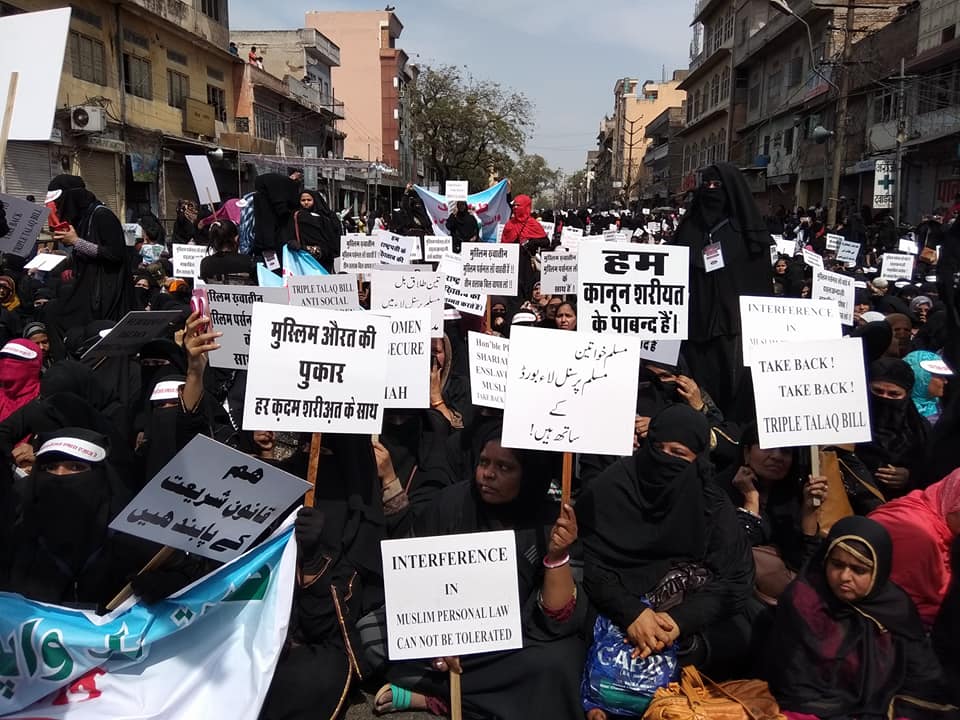 Freedom of religion in India is a fundamental right guaranteed by Article 25-28 of the Constitution of India. Modern India came into existence in 1947 and the Indian constitution’s preamble was amended in 1976 to state that India is a secular state. However, in S.R Bommai v Union of India, Supreme Court of India ruled that India was already a secular state from the time it adopted its constitution, what actually was done through this amendment is to state explicitly what was earlier contained implicitly under article 25 to 28.  Every citizen of India has a right to practice and promote their religion peacefully.

The Preamble of the Indian Constitution has the word “secular”, and articles 25 to 28 implying that the State will not discriminate, patronise or meddle in the profession of any religion. However, it shields individual religions or groups by adding religious rights as fundamental rights. Article 25 says “all persons are equally entitled to freedom of conscience and the right to freely profess, practice, and propagate religion subject to public order, morality and health.” Further, Article 26 says that all denominations can manage their own affairs in matters of religion.

The triple Talaq Bill which was recently passed in the parliament goes aganist the spirit of constitution of India. Now the majority community of India is trying to meddle into the religious affairs of minorities. Marriage in Islam is a contract between between husband and wife which is done according to the rulings of Quran and Sunnah. Muslims are abide to follow the Shariah rulings in order to maintain this relationship. Muslims have been directed not to break this relationship by using the word Talaq wich means dismission or rejection .It is why that the authority of Talaq has been entrusted to men because they are less emotional than women .Allah does not want that this holy relationship be broken up under the influence of timely emotions. Though the man has right to Talaq by default in Shariah women can also have this right if she mentions in the Niqah nama(contract paper) that in case of any dispute or difference she can break the wedlock relationship by using the word Talaq.This type of talaq is called Talq-e-Tafweedh. Shariah has enlightened its followers regarding the usage of talaq provision. This word should be used in three different sittings, but if used in one sitting it separates the fellows from one another.Islamic jurists have classified it into three kinds, Ahsan ,hasan and bidd‘at. Ahsan means best .This form of divorce is also called most proper and most laudable .Divorce is said to be in form when a husband repudiates his wife by making one pronouncement of divorce in the period of purity in which he had no sexual intercourse with her ,and the women is left to observe her iddah(waiting period). It may be noted that the characteristic feature of the Ahsan form of Talaq is a single pronouncement followed by no revocation during the period of three month’s Iddat.

Therefore, where a husband makes any declaration in anger, but realising his mistake afterwards, wants to cancel it, there is sufficient time for him to do so. Single pronouncement of the civil words of Talaq and sufficient opportunity to the spouses for reconciliation, are the two reasons for calling this form as the ‘most proper’ form of Talaq.
Hassan means good .This form of divorce is also called laudable or proper .Divorce would be in this form if husband divorces his wife in three pronouncements in three different Tuhrs. The formalities required under this form are as under:

(a) The husband has to make a single declaration of Talaq in a period of ‘Tuhr.(b) In the next Tuhr, there is another single pronouncement for the second time.It is significant to note that the first and second pronouncements may be revoked by the husband. If he does so, either expressly or by resuming conjugal relations, the words of Talaq become ineffective as if no Talaq was made at all.(c) But, if no revocation is made after the first or second declaration then lastly the husband is to make the third pronouncement in the third period of purity (Tuhr). As soon as this third declaration is made, the Talaq becomes irrevocable and the marriage dissolves and the wife has to observe the required Iddat.
It may be noted that the important feature of Talaq Hasan is its revocability before the third pronouncement and its irrevocability after the third. In order to make an effective Talaq, the words must be uttered three times in three consecutive period of purity.

The next is Bidd ‘at, which is an irregular form of divorce where a husband repudiates his wife by three divorces at once. This Talaq is also known as Talaq-ul-Bain. It is a disapproved mode of divorce. A peculiar feature of this Talaq is that it becomes effective as soon as the words are pronounced and there is no possibility of reconciliation between the parties. The Prophet never approved a Talaq in which there was no opportunity for reconciliation. Here it is worth to mention that under shia law irrevocable or talaq ba ‘in is not recognoised. It is why that they are very much silent on the triple talaq issue.
The above mentioned forms of talaq can be pronounced by man while women in Islam has also been empowered to get released from her husband in case of dispute or unwillingness by the following means.
a) As mentioned above, if husband has delegated the power of divorce to his wife or the wife has demanded such power at the time of contract (Nikah) then she can exercise the delegated power and can get herself released by pronouncing the word divorce. This type of divorce is known as Talaq-e- tafweez.
b) If she agrees to pay some consideration or compensation to her husband for her release from the marriage tie .This type is known as khula .

c)If husband falsely accuses her adultery, the wife has right to sue him and obtain divorce.
d) If the husband compares his wife with his mother or any other female within a prohibited degree, the wife has a right to refuse herself to him until he has performed penance .In default of expiation by penance, the wife has a right to apply for a judicial divorce .This type of separation is called Zihaar.
The above mentioned detail makes it evident to one and all that Islam is not in favour of breaking up of the contract .The spouses are given enough time for reconciliation. If both or one of them is not willing to maintain the relationship then sharia does not compel them to keep it intact because this tie up can cause inconvenience for them as the philosophy behind nikah in Islam is to get Sukun in life and if there is no Sukun i.e peace then it(this tie up) becomes meaningless.
So for as the triple talaq issue is concerned, It has not been raised for to provide legal aid to muslim women but to put him in dilemma which can prove for her more dangerous than separation. To criminalize the civil issues like Talq means to destroy the family set up of minorities. Now the husband will be in jail and at the same time he has to provide maintenance charges to his wife .Question arises where from the detainee will get the money which he is supposed to pay her. At the same time it will become a matter of humiliation for him to keep her in his nikah as it is she, who has put him behind the bars.
For government our request is not to indulge in religious affairs of minorities. Let the minorities resolve their issues if any according to the guidance of their jurists, as every individuals has right to practice his religion and has been guaranteed by the constitution. At the same time muslims are advised not to pronounce talaq thrice in one sitting as it is not admirable and prescribed way in shariah. It has been said that the most undesirable Halal thing before Allah subhanahu-wa-taala is Al-Talaq.

Author is Deuty patron of The monthly Rahinajaat Baramulla , member of Majlis Ilmi Jummu and Kashmir