Home National Can you stop watching TV news for the next two and a... 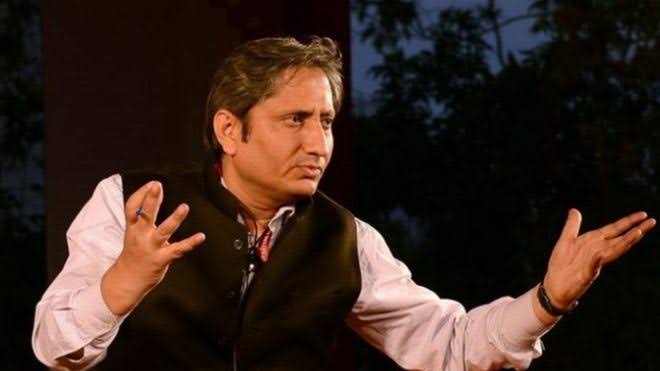 Can you stop watching TV news for the next two and a half months? Please do it! – Ravish Kumar

I have always been saying this. I am aware that it will not be easy for you to come out of this foolish delusion. But I am appealing to you yet again to refrain from watching TV news for the next two and a half months. Whatever is being dished out to you via TV is pure hysteria and insanity. This is not the first time this has happened. Doing so has become the second nature of these channels. When there is no active tension between India and Pakistan, then these channels create tensions by raking up the Mandir issue. When the Mandir issue is not in focus, then these channels thrive on controversies created around films like Padmavati. When there are no controversial films to discuss then these channels spread falsehoods about incidents like Kairana to foment communal hatred between Hindus and Muslims. When even this is not an issue, then they devote endless screen time to dissect pointless surveys.

Do you understand why all this happens? Do you as citizens, see yourselves being the focus in any of these channels? Public issues have entirely disappeared from these channels. These issues have been brushed under the carpet. Channels are deciding what citizens should be concerned about. This is not such an obscure thing that you are unaware of it. People are distressed. They go from channel to channel but their issues are not taken up anywhere. The issues troubling the youth do not find a mention anywhere. Instead channels are fooling the youth by diverting them with non-issues. You should be aware of how these non-issues find their way onto these screens. The tensions created by these channels are deliberately designed to pave the way for a particular leader who is Narendra Modi, the Prime Minister.

News channels, the government, the BJP and Modi are all merged into one another. This merger is so crafty that viewers are unable to tell journalism from propaganda. You love one leader. This is but natural and even important to a large extent. But the way channels are taking undue advantage of that adulation is dangerous. Even responsible supporters of the BJP need access to correct information. Serving propaganda to such supporters in the name of devotion to Modi and his government is an insult to the supporters. It is akin to taking them to be fools because supporters offer support based on the information they receive about the choices before them. The news channels of the day are not only insulting the average citizen but also the supporters of the BJP itself.

So, I appeal to BJP supporters also to not watch TV news. Please do not participate in the destruction of democracy. Can you not remain a Modi supporter without watching these crazy channels? Is it necessary to support the decline in journalism in order to support Narendra Modi? If so, then you are not an honest supporter. Has it become impossible to support Narendra Modi while upholding high journalistic standards? BJP supporters, you had chosen the BJP not these channels. Media’s decline also points to the decline of politics and consequently the decline of a good supporter.

TV channels are attacking your sense of citizenship. Being a citizen in a democracy is not easy. One doesn’t become a citizen merely because one was born in a particular geographical area. The right information and asking the right questions are important for your citizenship. These news channels offer neither the right information nor ask the right questions. Prime Minister Modi is a key contributor to this decline in journalism. He is in fact the guardian of this decline. Channels have become yes men due to their devotion towards Modi. The channels were already subservient to him and now they are transforming viewers to being subservient as well. Citizen subservience is the death knell of democracy.

TV channels are using the tensions between India and Pakistan as an opportunity to display their ‘patriotism’ whereas in reality they have no devotion towards the country. If they had an iota of devotion then they would have set high standards of journalism which is democracy’s fourth pillar. The India portrayed by the channels and the impressions formed within the viewer based on this portrayal are false. Love for the country means that each of us does our work according to high and standards. Look at the audacious way in which false news, crappy slogans and analyses are being used to define your patriotism. These channels are killing the ideals natural patriotism within you and replacing it with an artificial one thereby turning you into a lifeless robot.

Today’s newspapers and TV channels seem to have resolved to kill your sense of citizenship and citizen rights. I think it is quite evident that such a thing is going to happen; in fact it has already happened. The newspapers are no different. Hindi newspapers are particularly harmful for readers given the false news and weak journalism. Look at the pages of the newspaper carefully. They are as good as trash. You can safely ask your newspaper boy to stop delivering these papers till the elections get over.

This government does not want you to be an informed and capable citizen. TV channels have obliterated the possibility of playing the role of the opposition. If you cannot oppose the government then you cannot become its supporter either. Conscious support and delusional support are two different things. Your self-respect reflects through the former while the latter is an insult to you. Do you wish your intelligence to be insulted through these channels? Do you wish to support the government through such channels?

I am well aware that my words may not have a very wide reach. Neither will those reading them give up watching news channels. But let me at least caution you that if what these channels represent is called journalism, then the future of democracy in India is very bleak. News channels are creating an audience that is fed on false news and limited information. Channels aim to use this kind of audience to defeat the audience that is looking for genuine information to answer its questions. Democracy cannot exist without information and questions.

Every possibility of the survival of truth and facts has been decimated. I see this happening every day. TV channels are pushing people towards a whirlpool created by the politicians. There is no space for any issue other than those concerning political parties. There are so many issues waiting to be discussed. Channels are pitting their audiences against the public. The success of these channels is proof of your loss. Your enslavement to them is their victory. It is not easy to save oneself from the influence of these TV channels. You as a viewer should not support the decline of journalism just because of your support to one leader. After all, it is just a matter of two and a half months. Please stop watching TV news.

Disclaimer: Personal view of writer, it has been taken from Ravish Kumar’s FB wall.