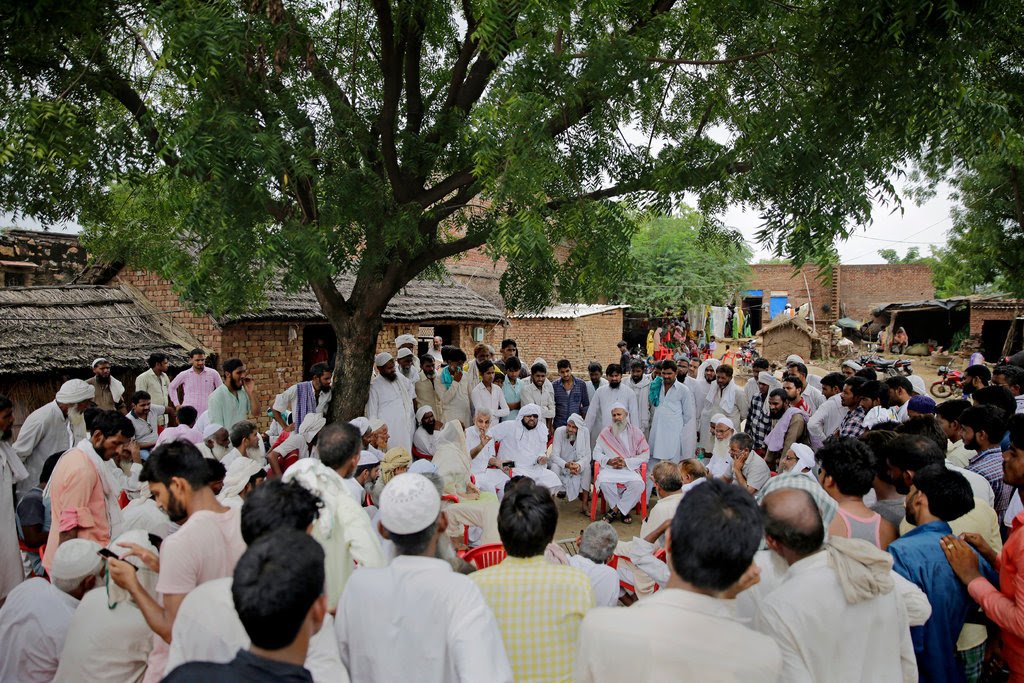 The Indian authorities have delayed investigating a wave of vigilante-style murders of religious minorities, with many instead working to justify the attacks or file charges against some of the victims’ families, according to a report released Tuesday by Human Rights Watch.

Between May 2015 and December 2018, at least 44 people have been killed, Human Rights Watch found. Most of the victims were Muslims accused of storing beef or transporting cows for slaughter, a crime in most Indian states. Many Hindus, who form about 80 percent of India’s population, consider cows sacred.

Data cited in the report from FactChecker.in, an Indian organization that tracks reports of violence, found that as many as 90 percent of religion-based hate crimes in the last decade occurred after Mr. Modi took office. Mobs hung victims from trees, frequently mutilated victims and burned bodies.

In almost all of these attacks, victims’ families faced significant pushback when they pressed for justice. The police “initially stalled investigations, ignored procedures, or even played a complicit role in the killings and cover-up of crimes,” the report said.

“Indian police investigations into mob attacks are almost as likely to accuse the minority victims of a crime as they are to pursue vigilantes with government connections,” said Meenakshi Ganguly, the South Asia director of Human Rights Watch.

Released ahead of national elections this April and May, the report, called “Violent Cow Protection in India: Vigilante Groups Attack Minorities,” also looks at the government’s response to 11 recent attacks that killed 14 people.

According to a survey from NDTV cited by Human Rights Watch, “communally divisive language” in speeches by elected officials shot up nearly 500 percent between 2014 and 2018, compared with the five years before the B.J.P. came to power. Ninety percent of those speeches were from the B.J.P., which has ties to far-right Hindu nationalist groups.

“We will hang those who kill cows,” Raman Singh, a member of the B.J.P. and the former chief minister of Chhattisgarh state, said in 2017.
The report said this sort of rhetoric, paired with the profusion of stricter cow protection laws, had emboldened mob attacks. They included assaults of Muslim men and women in trains; the stripping and beating of lower-caste Dalits in western India; the force-feeding of cow dung and urine to two men in northern India; the rape of two women and the killing of two men in the state of Haryana for allegedly eating beef at home.

Some of the attacks were filmed, suggesting that the mobs did not fear retribution for their actions, said Harsh Mander, an Indian social worker and writer.

“You won’t put your face on video committing a crime if you’re bothered about being punished,” he said. “You’re assured that you’ll be protected and treated like a hero.”

Last year, India’s Supreme Court introduced “preventive, remedial and punitive” measures to stem mob violence, noting that false rumors spread on messaging applications like WhatsApp had worsened the problem. And in August, after a long silence, Mr. Modi spoke out against the attacks, saying, “I want to make it clear that mob lynching is a crime, no matter the motive.”

But Mr. Mander said these denouncements were too soft. And he added that changing a culture of “fear” among minorities would take much more than just voting the B.J.P. out of power.

“They’ve created an enabling and supportive environment for people to act out their hate,” he said of the government. “Once you let the genie out of the bottle, it’s not going to obey you and just go back in.”