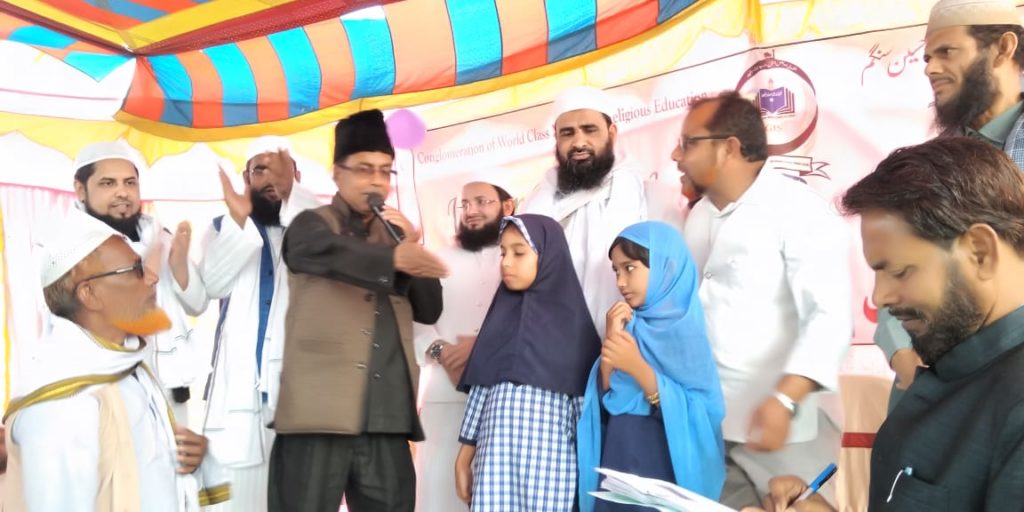 The school aims at providing a doctor, engineer, bureaucrats and professors with the Holy Qur’an in their hearts to the nation so that they can play positive and constructive role to the nation building and development of the country and the community.

The opening ceremony of Al-Ghazali International School was held with all pomp and show at Karbala Maidan, the heart of Araria city of Bihar. The program was presided over by Maulana Tauqir Ahmad Qasmi, head of department of English Language and Literature, Darul Uloom Deoband. Head of Markaz Group of 40-School and Education department of Markazul Ma’arif, Hojai Assam Dr. Razi Ahmad Qasmi and Dr. Hifzur Rahman Qasmi of Jawaharlal Nehru University graced the occasion with their presence as chief guest and the guest of honor respectively.

At the very outset, Maulana Mudassir Ahmad Qasmi, director Al-Ghazali International School welcomed the guests and brought it to the notice of the audience that the school aims at providing quality education to both of male and female students in proper Islamic atmosphere. It has therefore prepared itself to provide separate hostels and classrooms to the girls and boys. Explaining the aims and objectives of the school, the chairman Shahjahan Nadvi said: Al-Ghazali International School has prepared its own syllabus which comprises both of religious and contemporary sciences. Getting engaged with this syllabus will make the students free from attending a madrasa or dini maktab for acquiring religious knowledge. The school has especially prepared Tahfeezul Qur’an program for the intelligent and eligible students in the second shift. Highlighting the underlying concept of the school, he said: The school aims at providing a doctor, engineer, bureaucrats and professors with the Holy Qur’an in their hearts to the nation so that they can play positive and constructive role to the nation building and development of the country and the community. Emphasizing on female education, principle of the school Miss Tasneem Kausar said: The society void of balance in male and female education cannot be said a developed society. It is therefore highly needed to pay equal attention to the female education, so that our society becomes truly developed and culture. 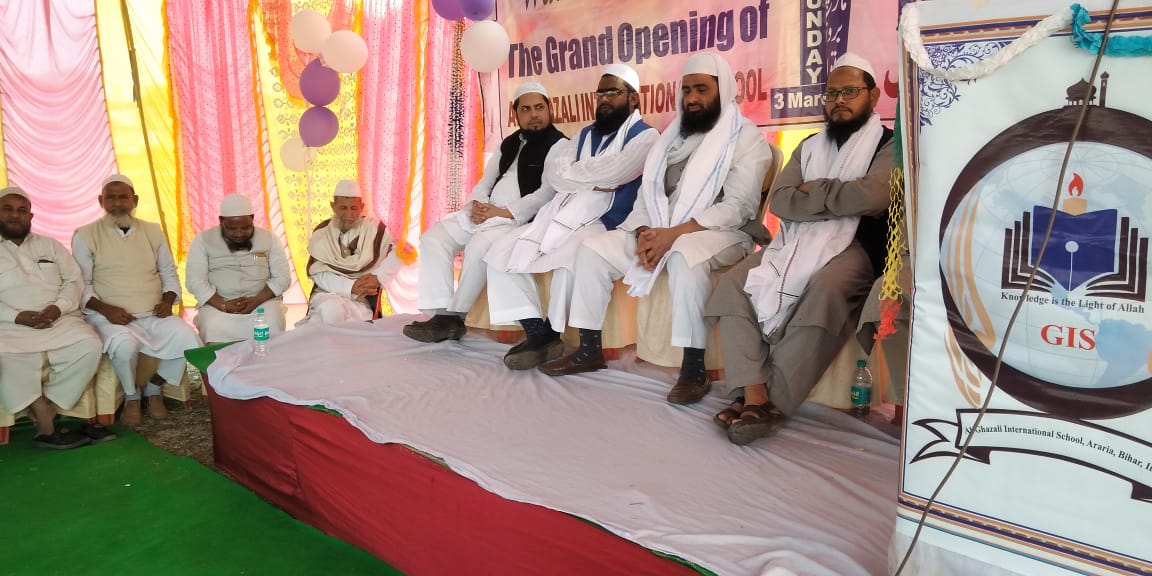 In his presidential address, Maulana Tauqir Ahmad Qasmi emphasized on the need of education and told that the community which has a ‘teacher’ guide like Prophet Muhammad (saws) cannot be void of education. If the Muslims are left behind in the field of education, it is the matter of utmost concern and they should act wisely in acquiring higher education. Putting more emphasis, he said: The history bears witness that the education does not guarantee only the religious success, but also it is the greatest means of worldly prosperity.

The chief guest Dr Razi Ahmad Qasmi appealed to the audience in his address that they need to offer sacrifice for educational revolution. They need to minimize their daily needs and equip their children with higher educations. Highlighting the importance of education, the guest of honor Dr. Hifzur Rahman Qasmi said: This world is always ruled by the community or group of people which has the quality of leadership, while the quality of standard leadership can be attained only through education. So, if the Muslims want to regain their lost glory, they will have to give first priority to education.

The important point to note here is that the school has been launched in the Seemanchal area of Bihar which always remains in the spot light of the media due to different reasons. The television anchors and the political leaders always talk of this region in regards with poverty, illiteracy and natural calamities. But there are a few persons who genuinely think to cope with the problem and uplift the region with all around development. In this scenario, the establishment of Al-Ghazali International School is considered to be highly significant initiative.

The guests formally launched the school van, computer lab, office, classrooms and hostels. A large number of aspiring students also got enrolled in presence of the guests. The program was attended by a large number of male and female audience; especially Maulana Faiyaz Alama Nadvi, Syed Shamim Anwar, Master Asrarul Hasan and Arshad Anwar were among those who addressed the program. The program began with recitation of the Qur’an by Maulana Aftab Alama Mazahiri, the patron of the school. Afifah Sa’diyah recited the Naat while the famous announcer and poet Haroon Rashid Ghafil shouldered the responsibility of anchor.