Maulana Badruddin Ajmal in Assam, Arvind Kejriwal in Delhi and Mamata Banerjee in West Bengal are mismanaged by the Congress

The 16th Lok Sabha election in 2014 was a milestone for the Bharatiya Janata Party (BJP) and Sangh Parivar in India. The right wing social and political conglomeration earned a chest thumping victory for the first time in post-independent India. The Indian National Congress which was haunted by the past 10-year anti-incumbency, massive corruption in governance, lack of enthusiasm among party workers, low toned campaign by the Manmohan Singh government against Modi’s aggressive manoeuvres in the run-up to the election compounded by the arrogance of the Congress while dealing with smaller United Progressive Alliance (UPA) partners have been the principal reasons for its historic defeat in the last general election.

In 2014 it was a square defeat for the Congress rather than a mere victory for the BJP. There was a vacuum in the Congress leadership and the party has been struggling with acute leadership crises ever since its humiliating debacle in the previous general election. However, in the last five years, BJP has proved itself to be simply a show boating, incapable, shallow, noisy and a party of jumlabazi in letter and spirit. It failed its electors in every corner except corporate marketing through social and electronic media management by abundance of wealth and muscle power. 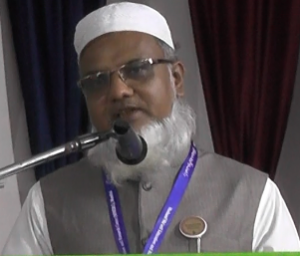 Inhuman lynching and brutality by cow vigilantes touched new heights during the Modi regime. Appalling law and order situation and intolerance against minorities, Dalits, free thinkers and human right activists galvanized millions to protest with famous tags such as ‘Not in My Name’ for the first time in India. The filmy adventurism of Modi government with demonetization, GST and failing to stem the continuing sinking value of Indian currency pushed India at least 20 years back on the economic front. New jobs, small and medium scale private enterprises are visibly down faced in almost all sectors.  Bank scams and Rafale scam are crystal clear and systematic plunder by the present ruling class in the Centre against our armed forces and Indian taxpayers.

Failed foreign policy, counterproductive strategy against terrorism and Naxalism, human rights and minority rights abuses by the people from ruling dispensation and utterly immature moves in Kashmir by Modi-led government put India in back foot at major international forums. Achedin, 15 lakhs in every account, Swachh Bharat, Smart Villages, Smart Cities, Make in India, Good Governance, Sabka Sath Sabka Vikas, two crores jobs each year; the list is long, all proven to be empty slogans by the BJP. The party’s buzz words have turned into laughing stocks and funny jokes at every serious local or national forum. It has plainly failed its supporters in all performance metrics.

However, despite having all the disappointment in its bags, BJP’s PR management is yet unparalleled, rather stronger than in 2014. Riding on Hindu – Muslim and India – Pakistan emotive divides, clubbed with spicy media hype, supported by grassroots level diehard RSS cadres in the length and breadth of the country, the BJP-led National Democratic Alliance (NDA) is still a stronger side to come back in power against Congress-led UPA. This will, if NDA wins, again be a major Congress failure instead of BJP’s victory.

The Congress appears to be playing aimlessly again in 2019. It is evident from its body language and decision making process that the old and giant party is either unreservedly arrogant again with three recent victories in BJP heartland – Madhya Pradesh, Rajasthan and Chhattisgarh – or there is no one among its present top brass to apply their minds wisely. Congress’s treatment of smaller parties such as SP – BSP in UP, Mamata Banerjee-led TMC in West Bengal, Arvind Kejriwal-led AAP in Delhi and Maulana Badruddin Ajmal-led All India United Democratic Front (AIUDF) in Assam may prove catastrophic for the party and the Nation on 23rd May 2019 when the counting will be conducted for the 17th Lok Sabha election in India.

The AIUDF president and Dhubri MP, Maulana Badruddin Ajmal, has at present three MPs in the 16th Lok Sabha including himself and 13 MLAs in the Assam Assembly. Ajmal has been trying for the last four years, before 2016 Assembly election in Assam where Congress met with a humiliating defeat against BJP-led grand alliance, to form an alliance with the Congress to stop the BJP from coming into power in the gateway state of northeast – Assam, but his calls have always been disrespected by the Congress leadership. Notably, Maulana Ajmal has been a partner of UPA during Manmohan Singh government following 2009 general election when he was a lone MP from his party and also a partner of UPA in opposition during Modi government when his party AIUDF has three MPs in the lower house of the Parliament.

Till 2016 assembly election Congress has been ruling in Assam for three consecutive terms with 79 MLAs in a 126-member house and the AIUDF was the main opposition party with 18 MLAs; BJP had then 05 members only. The 2014 Modi wave was clearly visible and was effectively in work in the north-eastern horizon too when AIUDF won 03 MPs, Congress also won 03 only and lost 06 to BJP. The BJP won total 07 MPs and one was won by BPF out of total 14 Lok Sabha seats in the state.

Following the 2014 general election outcome where Congress lost 08 Lok Sabha seats – 02 to AIUDF and 06 to BJP, Maulana Ajmal, putting aside his long differences with local Congress unit, took a bold decision before 2016 Assembly election in Assam and offered to make a grand pre-poll alliance with Congress as leading party and AIUDF, TMC, RJD and JDU as partners. The Congress dragged the talks to the extreme end and then abruptly declared it will go solo in the assembly election in Assam. The result was heavily affected; the BJP made deep ditches into Congress support bases and recorded a thumping victory for the first time in the history of Assam with 86 assembly seats won by BJP-led alliance. Remarkably, BJP had only 05 MLAs in the previous 2011 assembly in Assam. The Congress won only 26 and lost 53 to BJP alliance, AIUDF won 13 and lost 05 from their previous tally.

The 2016 assembly election result was a clear indication that Congress cannot go alone in Assam without making a solid political understanding either with AIUDF or Assam Gana Parishad (AGP) at least in 2019. AGP is already with NDA, Congress’s earlier partner in the state Bodoland People’s Front (BPF) has parted ways with the Congress and joined NDA and now the only option for the Congress was to cement a deal with Ajmal-led AIUDF with massive minority support base in a state where Muslim population is 34 percent. The Congress did not do that even when Ajmal was ready to take only 03 seats which AIUDF holds at present.

Failing to make a deal with the Congress, Ajmal unilaterally declared only three candidates from Dhubri, Maulana Badruddin Ajmal himself a two-term sitting MP, from Barpeta a young and dynamic leader, Hafiz Dr. Rafiqul Islam Qasmi, former MLA from Jania who will be in place of the sitting MP Sirauddin Ajmal and from Karimganj reserved seat, Mr. Radheshyam Biswas, the sitting MP were declared by the AIUDF for 2019 general election.

The three Lok Sabha constituencies, where AIUDF has sitting MPs, the party has only nominated its candidates and officially stated that this time the party will not put any more candidate, leaving the remaining 11 seats for the Congress to put a strong front against the NDA. It was expected that the Congress will demonstrate some wisdom and restrain itself from putting candidates in those three constituencies which are in AIUDF’s hand or will at least make sure that the secular votes do not get divided as happened during 2014 and 2016 elections, making an easy walkover for the BJP or NDA candidates. Unfortunately that too does not happen and the Congress is strongly in the fray to sink and let others sunk with it.

There seems to be an undercurrent in favour of the BJP in West Bengal at present but the Congress is found ready to give its head on the chopping block to the BJP. This is a necessary result of the Congress’s failure to make any respectable deal with likeminded smaller parties on secular and pluralistic ethics such as the TMC of Mamata Benarjee in West Bengal, AAP of Arvind Kijriwal in Delhi and the AIUDF of Maulana Badruddin Ajmal in Assam. In these states it is clearly written on the walls that without fresh political alignments UPA cannot win. However, for India it will be debilitating to find secular votes divided once again because of a few men’s lack of wisdom or mere personal arrogance of some others.

The author M. Burhanuddin Qasmi is editor of Eastern Crescent, a Mumbai based educationist and political analyst.

Tags: Disunity among Opposition will be Catastrophic for India in 2019
Comments: 8