Home ‏Muslim World Challenge of hate crimes against minorities, Dalits should be addressed at social... 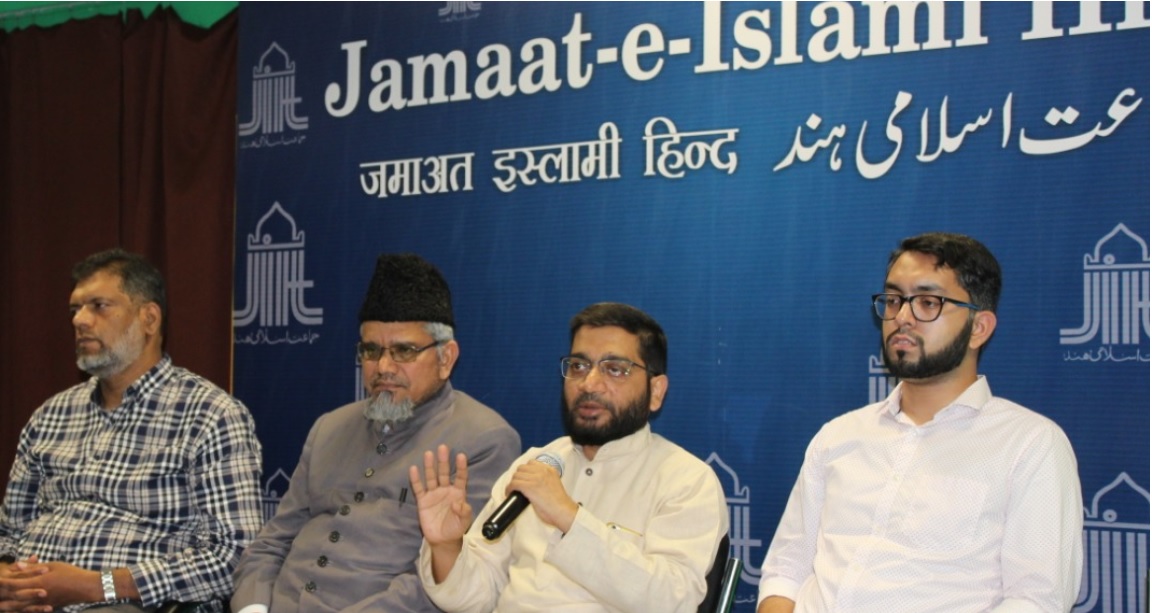 New Delhi, 12 June 2019: Jamaat-e-Islami Hind called upon the nation to tackle the problem of growing hate crimes against the minority community.

Addressing the monthly press conference at Jamaat’s headquarters today, JIH President (Ameer) Syed Sadatullah Hussaini said, “There is a disturbing trend of increasing hate crimes against the minorities, even as a new government is formed at the Center after the general elections. Besides pursuing legal action against the perpetrators and pressurizing the government to take strict action against these anti-social and criminal elements, these hate crimes against minorities and Dalits also needs to be addressed at social level. People to people contact, inter-faith meetings, sadbhavna forums is the need of the hour. The Jamaat appreciates the Prime Minister’s call to his lawmakers to win the confidence (vishwas) of the minorities but the effect of this appeal must be seen and felt on the ground. The Jamaat is ready to extend its hand of support and cooperation for any beneficial and meaningful step taken by the government to improve the lot of the nation and its minorities but at the same time it would not hesitate to criticize the government for its mistakes or wrong policies’’.

Briefing the media, Vice President JIH – Salim Engineer said, “We are deeply concerned over the spate of rape and murder cases of minor girls. We condemn it and want the culprits to be punished quickly. However, the tendency to view incidents of crime through a communal prism and to provoke violence and hatred against a particular community is also highly deplorable and should be stopped herewith. We condemn the arrest of freelance journalist Prashant Kanojia and also the arrest of Ishita Singh (Editor) and Anuj Shukla (Head) – Nation Live Channel over charges of defaming the UP Chief Minister by posting an allegedly objectionable video on their social media handles’’.

On the situation in Sudan, Engineer Salim said, “Jamaat calls for the launch of some political initiative led by the major Muslim countries under the auspices of the OIC or any suitable platform for ensuring that a civilian-led transitional government is established and which subsequently leads to a democratically elected government that represents all sections of Sudanese society and Sudan restarts its journey to peace and prosperity’’.

The Jamaat has endorsed the demands of Students Islamic Organisation of India (SIO) that MHRD should extend the date for filing suggestions and feedbacks, and translate the Draft National Education Policy (NEP) 2019 in the non-Hindi state languages.