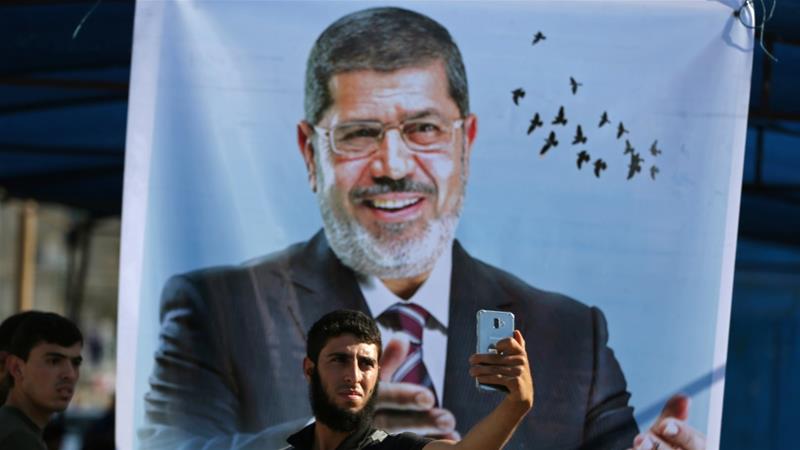 He died in court, apparently of a heart attack. But the reality is that the Egyptian dictatorship murdered him, and thus by US imperialism.

He had been denied much-needed medical treatment by the military regime. His supporters called the death “full-fledged murder.”

Second, only to Israel, the Egyptian military regime has long been a key US client in the Middle East. To keep the Arab world divided the imperial hegemony maintains a series of corrupt, violent and, in the case of Israel, racist apartheid regimes propped up.

In all cases, these regimes are maintained against the wishes of the vast majority of the peoples of the region. Brutal absolute monarchies, military dictatorships and corrupt minor emirates – all play their part in propping up the US’s “new world order” that George H. W. Bush said he wanted to forge after the downfall of the Soviet Union.

More than ever in recent years, Israel has been openly in bed with the corrupt, violent dictatorships that rule the Arab countries around the Persian Gulf with an iron fist.

As the only remaining Superpower, the US has only increased its military oppression all around the world since then.

Since the downfall of Pan-Arab leader Gamal Abdul Nasser, the Egyptian military regime has long played a vital role in the US world system.

What happened in 2011, when the masses of the Egyptian people arose to overthrow their dictator Hosni Mubarak was a massive challenge to the US imperial order.

As the most populous country in the Arab world, with a large working class, Egypt has always posed a pivotal threat to Israel’s schemes. Despite the unjust peace agreement Anwar Sadat signed with the brutal Israeli terrorist Menachem Begin in 1978, the population of Egypt remains overwhelmingly hostile to Israeli war crimes, as well as to the entire unjust concept of the Zionist settler-colony that occupies Palestine.

Since Israel – funded to the tune of $3.8 billion in military aid by the US every year –  is practically a large American aircraft carrier artificially implanted and imposed on the region, it remains a priority goal of the US empire to establish and maintain Israel at all costs.

With a fanatically anti-Palestinian president ruling the roost in the Whitehouse, this remains the case now more than ever. Trump’s biggest donor was Sheldon Adelson, a multi-billionaire casino magnate and one America’s most extravagant donors to anti-Palestinian organisations – many of which work in close coordination with the Israeli government and its murderous spy agencies.

Much of this was in consideration back in 2011, during the Obama Whitehouse, when Hilary Clinton was secretary of state.

Following events as best as I could via the international press at the time was very telling. I kept a close eye on the Israeli media’s coverage of events and how things were unfolding in Egypt.

The sense of panic was palpable. “We always have had and still have great respect for President Mubarak,” said Israeli Prime Minister Benjamin Netanyahu, even while the revolt was still ongoing and protestors were being brutally murdered in the street.

Israeli pundits attacked the mostly peaceful protestors as a “mob raging in the streets of Egypt” and lamented about “how everyone is abandoning Mubarak.”

Some months later, after Mubarak’s downfall, when the then thankfully-ex president was awaiting trial for conspiring to kill protestors, former Israeli defence minister Benjamin Fuad Ben-Eliezer revealed that he and Netanyahu had offered Mubarak asylum in Israel.

Mubarak later claimed to have been sending Ben-Eliezer a monthly “salary”  of $25,000, although he denied this.

The Egyptian secret police and other security apparatuses have long worked closely with Israel, including the brutal torturer Omar Suleiman, who ran the CIA’s “rendition” programme in Egypt.

At one point during 2011’s uprising, it looked like Suleiman was set to emerge as the US’s preferred successor when it became clear they had failed to protect Mubarak from the massive popular protests. That was not to be, fortunately.

Morsi was overthrown by the brutal Egyptian dictatorship, in tandem with a well-funded fake “grassroots” movement, the Tamarrod. This group which agitated to create an anti-democratic street protest movement calling for to the military to re-take power in 2013.

This succeeded, and Morsi, the elected president, was arrested.

About a month later, the military, egged on by many “liberals,” carried out a vicious massacre of more than 1,000 non-violent Muslim Brotherhood and other protesters against the military coup in Rabaa Square in Cairo.

Egypt has reverted to full dictatorship ever since this coup.

Disgustingly, the New York Times this week commissioned one of those very same cheerleading “liberals” to write an opinion piece disingenuously condemning the very same military regime over Morsi’s death. The very same military that she had encouraged to carry out its takeover. Mona Eltahawy was very much in favour of the coup at the time.

We’ll never know what would have happened had Morsi been allowed to complete his elected term. There was briefly a chance for the region to take small steps away from the system of US hegemony, but this trend was snuffed out in its infancy.

That is the sad meaning of the death of Mohamed Morsi.

Asa Winstanley is an investigative journalist living in London who writes about Palestine and the Middle East.

The views expressed in this article belong to the author and do not necessarily reflect the editorial policy of Middle East Monitor. 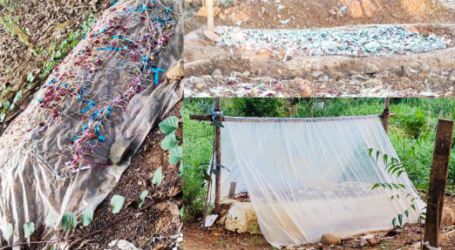