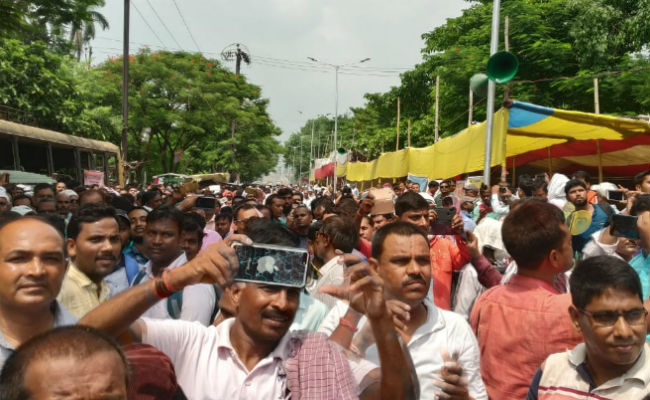 Police resorted to lathi-charge on the Bihar government-employed ad hoc teacher protesting near Bihar Assembly who came to the state capital, Patna across all over the state in thousands under the banner of Bihar State Primary Teachers Association. They were protesting outside the Bihar legislative assembly, at the Gardhanibagh Dharnasthal tried to open the gates and go inside. Police then resort to lathicharge, and using tear gas and water cannons against protesters.