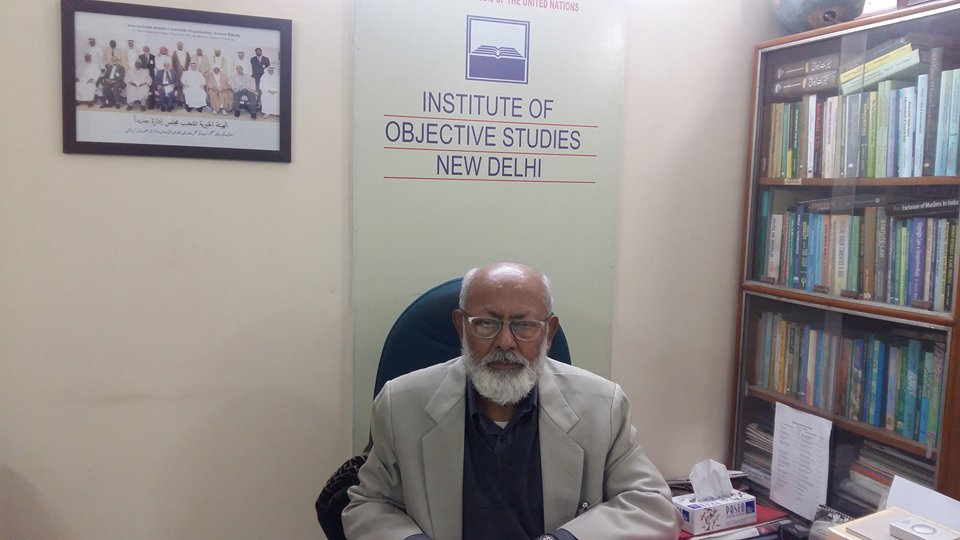 A few weeks ago I had written a piece, “Let’s give peace a chance.” In it I had argued for co-operating with the Supreme Court-ordered Ayodhya mediation committee that seeks to find an amicable out-of-court settlement of the dogged Babri Masjid-Ram Janambhoomi conflict. I had argued for a settlement of the issue even on terms unfavourable to us. After all, in the 1400 years of our existence as the Prophet’s (PBUH) Ummah, this is not going to be the first time we will be opting for peace as an absolute value in Islam. That is, peace needs no justification as it is self-referential, a justification for itself.

In our historical memory as an Ummah we have opted for peace not once, but several times, even when some of own our people had misgivings that opting for peace could be an act of cowardice (as many of us do even today). That this is not so is vouchsafed by our Lord, Allah Subhanhu Ta’ala, in His Book, the Holy Quran. At a moment many of the Prophet’s (PBUH) companions were low-spirited after the signing of the peace treaty of Hudaibiya, Allah’s revelation came declaring that the treaty was a “clear victory” (fatahun mubin) for Muslims. This reassured the companions that the Prophet’s (PBUH) treaty with Makkan adversaries on unfavourble terms was not an act of cowardice, or surrender, but a bold step for peace, approved by Allah (SWT) and his Prophet (PBUH).
That instance of opting for peace was not our first, or last. The Ayodhya conflict has got so convoluted over the decades that one of my colleagues recently called it an “albatross round our (Muslims’) necks”. It has taken hundreds of lives, caused extensive damage to property nationwide and become an intractable liability for Indian Muslims.
It must be resolved by whatever means possible, he wrote.
A lot of Muslims have misgivings about a reconciliation outside court, because to them it looks like a surrender. Such misgivings are not new in the 1400 years of our history as the Prophet’s (PBUH)Ummah. Such misgivings were there even during the Prophet’s (PBUH) time also, but Allah (SWT) used to send wahy to His Prophet (PBUH) to guide the Ummah. It stopped coming with the passing away of our beloved Prophet (PBUH), but all the wahy (revelations) are collected in the holy Quran to guide us today and for all times to come. To explain the wahy there is the Tradition, doings, sayings, promptings and admonitions by the Prophet (PBUH) to help us find our way around. The light we get from these suggests that peace is the best option.
The Prophet (PBUH) is reported to have said in one of the Traditions that Allah (SWT) would much rather accept that the holy Kaaba at Makkah is dismantled stone-by-stone than a single believer is unjustly killed. Most of the anti-Muslim pogroms in India in the last three decades have been either directly related to Ayodhya (like Gujarat 2002) or the hate campaign that has Ayodhya at its centre. Hence, this issue has to be resolved to take some of the air out of the sails of hate-mongers. As it is, hundreds of lives of believers have been lost without justification over the issue.

Muslims of the world believe in justice because it is part of their faith to be just and create an equitable society. Muslims of the Indian subcontinent have traditionally accepted court rulings. There are not many exceptions to this rule. A major instance of this is the Sheeshganj gurudwara in Lahore, Pakistan. For decades Muslims had contested that the gurudwara was built over a mosque by demolishing it during Maharaja Ranjit Singh’s time. The Punjab high court ruled that it was a gurudwara in its latest form, so it was a gurudwara actually.
It was British India, and there was no Supreme Court like today. The appeal against the Punjab high court judgment was thus heard in the Privy Council, London. The Privy Council ruled that it was a gurudwara in its present form, so it had to be taken as a gurudwara, irrespective of its history. Muslims readily accepted the judgment and nobody questioned it even after Independence and birth of Pakistan. It is still accepted and respected as a Sikh place of worship.
Muslims of India are unanimously agreed today that they would happily accept a Supreme Court judgment. They are right in principle, but it does not hold ground in practice. They think that the Supreme Court is supreme, but in practice, the Supreme Court is not supreme. Its authority has been rejected in the past. The two most glaring recent examples being the pledge of UP BJP government to protect the Babri Masjid in 1992 and then Chief Minister Kalyan Singh actively facilitating its demolition within days, and Sangh men of all kinds openly breaking (in public, on camera) the Supreme Court’s restrictions on fireworks on Diwali in 2017. Recently the Centre ignored the Supreme Court collegium’s recommendation for appointment of a SC judge.
We have to keep in mind that there are limits on the Supreme Court’s powers also. It cannot go against the will of the majority and yet hope to be obeyed. On Babri Masjid a simple title suit has been turned into a case for aastha (faith). There is a hierarchy of faiths here: aastha means only the privileged aasthathat Shri Ramji was born exactly where the Babri Masjid stood, not the simple fact of title that being a mosque on a Waqf property it belonged to Muslims. Hence, not much can be expected from the Supreme Court in a situation like this. Supposing that the Supreme Court is rash enough (which it is certainly not) to give it to Muslims they cannot be imagined to be breaking the makeshift temple over the Babri Masjid debris and erecting a mosque there.
For Muslims the options are closed. They will not get justice, not even partial justice. Nobody can make a mosque where a temple stands today. Not the Muslims, not the Supreme Court, nor the Union government, BJP, Congress, or anyone else. The honourable Supreme Court judges have devised a noble face-saving idea for all of us: the court, the government, Hindus and Muslims. The Supreme Court would not like to be deciding a title suit on the flimsy ground of a hierarchy of aastha; the Centre’s role (during Congress and BJP) has not been fair; Hindutva votaries would look more fair in a “reconciliation” rather than a simple, brazen land grab; Muslims too would feel less humiliated. Hence, the case for an out-of-court settlement.
All said and done, Muslims have certain misgivings which need to be addressed. One of these is: will it open floodgates of new demands and claims?

Controversies and claims will continue to appear from time-to-time targeting Muslims, their faith and cultural practices whether the Ayodhya dispute is settled through mediation or a court verdict. There is already one reassurance for Muslim that another Ayodhya-like dispute will not be allowed to be created (even though there is no guarantee that mischief-makers will not try it) as there is already an Act of Parliament that asserts all places of worship will remain what they were on August 15, 1947. Babri Masjid was not covered under that. In case of a compromise the Supreme Court will ensure that Parliament makes further legislation to strengthen the concord.

By the way, Muslims’ apprehensions would be calmed if the culprits of December 6, 1992 are punished. The criminal cases pertaining to that monumental crime are lying in a limbo. It would not be asking for the moon if we hope from the honourable Supreme Court to expedite these criminal cases.
Finally, it will be good for Muslims to act in time rather than wait passively for the tide of events to wash over them.