When the government implemented the Mandal Commission recommendations, in the early 1990s, it was meant to be a watershed moment for the Shudras. The measure reserved positions in government employment and public higher education for the Other Backward Classes—a category made up overwhelmingly of disadvantaged Shudra castes, traditionally labourers and craftspeople. The commission had identified these castes, part of the fourth and lowest varna of the Brahminical order, as holding a wretched place in Indian society. They lagged far behind the better-off castes on multiple social, economic and educational measures, yet were excluded from the system of positive discrimination created at Independence for the Dalits and Adivasis—officially, the Scheduled Castes and Scheduled Tribes. The commission rightly created a separate category of reservations for the OBCs based on their historical backwardness.

The reservations were met with vicious backlash from Brahmin and Vaishya castes, and from a section of the Shudras as well. For decades, relatively prosperous, landholding groups at the top of the intra-Shudra caste hierarchy—the Kammas, Reddys, Kapus, Gowdas, Nairs, Jats, Patels, Marathas, Gujjars, Yadavs and so on—had been Sanskritising themselves, taking on the habits and prejudices of the Brahmin-Bania castes. In my book Why I am Not a Hindu, published in 1996, I described these “upper” Shudra castes as Neo-Kshatriyas, to reflect their hope that Sanskritisation would earn them the role and rank in the caste system left largely vacant by the waning of the Kshatriyas, traditionally the second varna.

Two and a half decades have passed since the Mandal Commission reservations came into force, the space of a full generation. It is time to ask: How far have the reservations brought the Shudra OBCs? What good has come to the upper Shudras who opposed them? Where do the Shudras find themselves in India today?

Shudras comprise approximately half the population of India, the second-most populous country on earth. The Mandal Commission concluded in the 1980s that the OBCs, not including the “upper” Shudra castes, represent 52 percent of all Indians. This amounts to over 650 million people at present—more than twice the population of the United States, more than three times the populations of Pakistan or Brazil. By comparison, the “forward” castes—Hindu castes outside the OBCs, Scheduled Cates and Scheduled Tribes—all together count for no more than 20 percent of the Indian population.

For a group with their enormous numbers, the Shudras remain vastly underrepresented in positions of power across all aspects of political, social and economic life, be it in government or business, religion or education. Particularly at the national level, they remain subordinate to Brahmins and Vaishyas—particularly Banias. This applies just as much to the upper Shudras, who are today in a strange position. Their insistence that they had higher status than other Shudras contributed to their exclusion from the OBC lists. Now, millions of them across the country, angry at stagnant opportunity and mobility, are demanding that they be recognised as members of the OBCs as well, to get access to reserved positions.

Where are Shudras in the national economy? Even the richest of them continue to depend on the agrarian economy, the traditional Shudra mainstay, and have not made significant gains in industry or finance. Those realms are dominated by Banias, to whom they must turn for capital just as they always have. There are no Shudra business families to rival the likes of the Ambanis, Adanis or Mittals. Among the poorer Shudras, labouring castes continue to work in the fields, and now also on construction sites and in factories, where they are increasingly joined by Shudra craftspeople whose hereditary skills are devalued by modern industry.

Where are the Shudras in the national consciousness and culture? They have no significant role in the top intellectual, philosophical and sociopolitical spheres in contemporary India. No Shudra man—leave alone woman—is allowed a position of real influence in Hinduism, even as the religion is aggressively thrust upon Shudras everywhere. Shudras form the majority of India’s Hindus, yet they have no say in the religion. The casteist stricture against Shudras joining the priesthood is so ingrained that no Shudra even aspires to the position. Further, there are hardly any Shudra intellectuals who can talk about the group’s social and political place in India’s past, present and future. At best, such figures exist at the state or regional levels and operate in regional languages, cut off from national debate. Academia and the media have given little space to Shudra minds. Across the country, almost without exception, Shudra educational attainment is poor. In all intellectual and spiritual activity, they submit to the leadership of, mostly, Brahmins.

The fundamental position of the Shudras has not changed. The brahminical belief continues to define them as the fourth varna, superior only to the avarna, or varna-less, Dalits and Adivasis. Indian society, faithful to the caste system, keeps them in corresponding roles.

Where are the Shudras in national politics and government? They are barely represented among the higher judiciary and bureaucracy. The reality is that Shudra leaders are, at most, regional forces. Certain upper Shudra castes have mobilised very effectively and control powerful parties—consider the Yadavs in Uttar Pradesh and Bihar, or the Kammas, Reddys, Kapus and Velamas in Andhra Pradesh and Telangana. But the power of these parties and their leaders is confined to their home states and regions, and is often based on caste and regional chauvinism, preventing wider solidarity. These leaders’ attempts to ally with the powers at the centre have only underlined their subordination, and are yet to bring meaningful benefits to their Shudra constituents. The national parties—the Congress and the Bharatiya Janata Party—have no one representing the concerns of the Shudras in their circles of real decision-making authority. Both are controlled by Brahmins and Banias.

The fundamental position of the Shudras has not changed. Brahminical belief continues to define them as the fourth varna, superior only to the avarna, or varna-less, Dalits and Adivasis. Indian society, faithful to the caste system, keeps them in corresponding roles.

“In the present state of the literature on the subject, a book on the Shudras cannot be regarded as a superfluity,” BR Ambedkar wrote in 1946 in Who Were the Shudras? How They Came To Be The Fourth Varna in the Indo-Aryan Society. New archaeological and genetic studies have raised questions over his theory of their origins, and whether the Shudras were Indo-Aryans at all, but beyond that the state of the literature on the Shudras has barely changed in all the years since. Hardly any scholars have turned specifically to the Shudra’s predicament in independent India. There are no good books on Shudra history or culture, and in the press there is barely any writing on the Shudras that looks beyond the narrow confines of electoral politics.

Simply, the Shudras have not so much as had anyone bring their problems to their own attention. Even Ambedkar’s writing on the Shudras failed to do for them what his other works did for the Dalits—make sense of their historical, political and spiritual situation, and inspire a pan-Indian movement for emancipation. Without a unified consciousness, the Shudras are co-opted into an unreformed Hinduism that still considers them inherently inferior, and are easily bent to the wishes of Brahminical political parties and social institutions. So now as much as ever, writing on the Shudras cannot be regarded a superfluity.

KANCHA ILAIAH SHEPHERD is a social scientist, academic and writer. He is the author of books such as Why I Am Not A Hindu and Post-Hindu India. 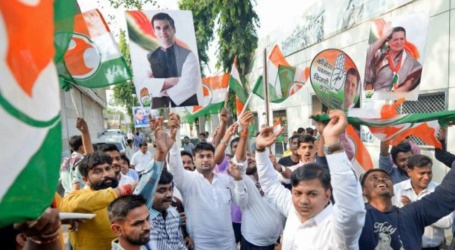 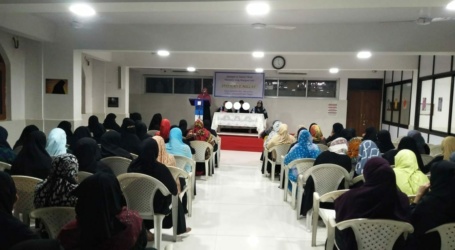 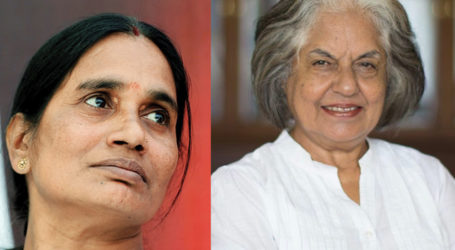