In bringing them to where they are today, MK Gandhi and Ram Manohar Lohia were crucial not just as politicians, but also as thinkers who shaped Indian mores. Both were organic intellectuals of the Banias, both had prestigious Western educations and mastery over English, and both wrote and published extensively. They gained immense stature amid the largely Brahmin thinkers who directed the freedom movement and the early republic, and this greatly raised Bania prestige and self-respect.

Gandhi was especially impressive to the Brahmins. His public image and personal habits—his attire, his fasts, his vegetarianism, his obsession with purity in the Brahmin ritual mode—drew heavily on the ascetic values of Brahmin philosophy. He was a Bania paying tribute to Brahmin ways.

Just as importantly, Gandhi also opened a path for industrial capital to enter modern Indian politics. Publicly, Gandhi was severely critical of the industrial economy and advocated a return to village economics. Privately, he had no qualms about accepting the support of Bania industrialists and encouraging them in big business. The Birlas and Goenkas, in particular, gave very generously, clearly not threatened by Gandhi’s public rhetoric, and earned equally immensely. It is notable that Gandhi’s vision of village economics came with an idealised conception of caste as a desirable mode of the division of labour. He spoke against untouchability, but never against the caste system itself. Effectively, he endorsed the Vaishya monopoly over commerce and capital, and was willing to abandon the Shudras and Dalits to exploitation.

Independent India’s political establishment has largely followed Gandhi’s example ever since. Few politicians, whether Brahmin or not, can afford to look down on Banias and their capital. This is so even for many politicians who, like Gandhi did, publicly criticise the hand that feeds them.

Gandhi’s political philosophy relied on financial capital from industry and cultural capital from Brahminism. This reflected the main premises of the Banias’ assertion as a community: they had great financial power, and had embraced the ways of the Brahmins. Gandhi embodied the Bania claim to equality at the top of Indian society and power.

The Banias’ relationship to Lohia was more complicated. They drew pride from his intellect and his open challenge to the leadership of Jawaharlal Nehru, a Brahmin. But the Banias never backed Lohia as much as they did Gandhi—he was a staunch socialist, and more of a threat to their interests.

After he quit the Congress in 1948, to pursue a socialist agenda, Lohia contributed, perhaps inadvertently, to the Banias’ political rise. His anti-Congress politics won support among many Shudras frustrated at their exclusion from the party as it reverted to Brahmin domination. Lohiaite socialism, which joined together ideas from Gandhi and Marx, became and remains a mainstay of much Shudra political mobilisation, particularly in north India. Lohia primed the Shudra masses to look up to Bania leadership—and the duo of Modi and Shah continues to benefit from this today.

Lohia’s position among the Shudras was only possible because of a vacuum of national-level Shudra leadership in both political and intellectual terms. The most significant Shudra mobilisation of the time came as part of the Dravida movement in what was then the Madras State, but its leaders, including Periyar, never found much of a following outside the territory. Though hundreds of Shudras emerged as local leaders and mass mobilisers during the freedom struggle, not one of them acquired national status.

The only exception to this, and the most visible Shudra leader of the era, was Vallabhbhai Patel. Patel earned a British degree and was a capable lawyer, but his intellectual horizons were limited. Unlike Gandhi and Nehru, he never focussed on historical, philosophical and theological issues. Gandhi used him for his mass appeal, as a peasant mobiliser, and Nehru later relied on him as an enforcer. The popular titles he received, “Sardar” and “Iron Man of India,” did not carry intellectual or philosophical meaning. Compare that with Gandhi’s title of “Mahatma,” or Nehru’s “Pandit.” Patel remained subordinate to Gandhi and Nehru, and never tried to chart an independent course for himself outside the Congress. He did not offer the Shudras any philosophy of empowerment.

Another crucial figure to study in this context is BR Ambedkar. Rising from a caste that Brahminism deemed untouchable, he too mastered English and studied in the West, and overcame far greater prejudice than Gandhi or Lohia to earn a place among the intellectual shapers of republican India. His example shows us the power of philosophy even when wealth is not available as an instrument of uplift, as it was for the Banias. He showed the way to progress for those most oppressed by caste. This involved constructing a Dalit identity that combined self-respect and a complete rejection of Brahminism and Hinduism, which he saw to be synonymous.

Ambedkarite philosophy has had some success in weakening Brahminism, but the Shudras never understood its power. If they had taken up this ideology or something similar, with a focus on the role of caste and religion in their oppression, their position today could have been significantly different. Instead, they turned to regional leaders promoting caste chauvinism as self-respect, and a socialism that spoke of economic but never caste oppression.

Early in the history of republican India, the Banias were shown the way to rise above their previous position—by joining industrial and business power to Brahminical culture. Gandhi was their prophet. They have since made further advances, to achieve their current status. Ambedkar built a radically different way for the Dalits, and they have made some progress too. The Shudras had no one to show them a way out of their trap, and they remained where they were, in the inferior spiritual, social and political position assigned to them by Brahminism.

IF THE SHUDRAS WANT TO BREAK FREE of the Brahminical trap, they need their own path-breakers. Today’s leading Shudra politicians are not only geographically constrained, they are also constrained intellectually. None of today’s most prominent Shudra politicians are intellectual leaders of any note, or have any vision for how to lead their constituents forward beyond the next election. They cannot imagine a way to unite and uplift all Shudras across the lines of caste and region. The work of imagining such a way must also belong to Shudra intellectuals, but there are hardly any of them who can take on sociopolitical and philosophical roles at the national level.

This is a shocking reality, and one that the Shudras must change. But to begin thinking about how to change it, we must first understand the nature of the trap that the Shudras find themselves in.

The hold of Brahminism traces back to the writing of the Vedic texts three millennia ago. Those texts established a philosophy that stigmatised all productive labour and science, and established the spiritual supremacy of the anti-materialistic and unproductive Brahmins. This ideology was challenged by others, but by the medieval period, starting roughly 1,200 years ago, Brahmin hegemony was deeply and widely established.

Under it, Shudras were expected to produce the goods necessary for societal survival, yet stripped of their dignity for doing so and denied all spiritual and educational rights. Their life was tied to hard labour, denying them the leisure necessary for engaging in philosophy. They were banned from the priesthood—that was reserved for the Brahmins only—and from reading or writing, denying them the ability to access the Sanskrit scripture responsible for their oppression, let alone to interpret it for themselves. They also had severely restricted property rights. Many of the most valuable goods of the time were used as divine offerings, but Shudras could not deal in these, for fear that they would be tainted by their low status. Thus, two important areas of advancement were out of their reach: spiritual philosophy and the acquisition of wealth through business.

The Shudras had to wait until Muslim rule to acquire the right to private property. Shudra landlordism gradually came into being, but benefitted only a narrow set of castes, exacerbating the stratification of the varna. Landed wealth did not bring any wealth of new ideas. Muslim rule did not greatly diminish the status of the Brahmins, who retained much of their power over education and spirituality. They retained their hold over Shudra minds.

The first real challenge to this came in the colonial period—both from Christian missionary schools, and from efforts at compulsory universal education in the latter part of British rule. The Shudras, rather than embrace English-language education, let themselves be swayed by Brahmin nationalist propaganda. Bal Gangadhar Tilak, a Brahmin now considered a national icon, was emblematic. After Jotirao and Savitribai Phule, both Shudras, established their pioneering movement of education for women and oppressed castes in Maharashtra, Tilak marshalled Brahmin criticism against them. He opposed all calls for universal education, arguing that educating women and the oppressed castes would endanger the caste order, and so, in his view, the Indian nation. Brahmin nationalists also portrayed the missionary schools as an existential threat, and campaigned against them. The Shudras, by and large, rallied behind the nationalists.

Many Brahmins, meanwhile, were early adopters of English education. William Carey, a British Christian missionary, and Ram Mohan Roy, a Bengali Brahmin, established a famous English-medium school in Kolkata in the early nineteenth century. The Banias also founded English schools in western India soon after. Both these varnas enthusiastically sent their sons to English schools, and these sons filled the administrative and legal positions that the British opened up to Anglophone Indians. Nehru, Lohia and Gandhi were all products of this trend.

When the British left, the Brahmins stepped smoothly into their place in the government. Now they had almost complete bureaucratic and political power, in addition to their control over spiritual and religious institutions. Nehru became the prime minister. His 17-year rule entrenched the structure of education in independent India. Brahmins and a few other elites, including many Banias, went to expensive, private English-medium schools. Everyone else was kept to poor public schools that taught in regional languages. Top, government-funded universities preferred graduates of elite private schools because of their “merit,” subsidising higher education for the already rich and dominant.

With the arrival of the Mandal reservations, Shudras finally have a chance at meaningful higher education as well. But, at university and beyond, they are hobbled by two legacies.

The first is their lack of proficiency in English. Most Shudras, like Dalits and Adivasis, still educate their children in government schools and in their regional languages. Compared to the Brahmins and Banias, they are almost two centuries behind in acquiring the language. Most of them are carried away by the Brahminical propaganda that regional-language nationalism is their asset, but it is not. The Shudras have never raised a demand for English-language education in all government schools across the country. The country’s top public and private universities function in English, but for most Shudra students it is too late to improve their skill in the language by the time they get to these institutions. 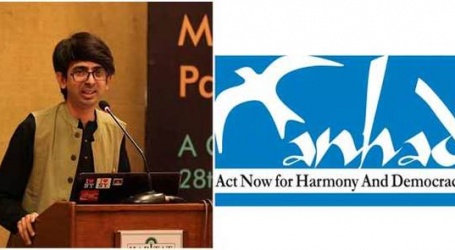 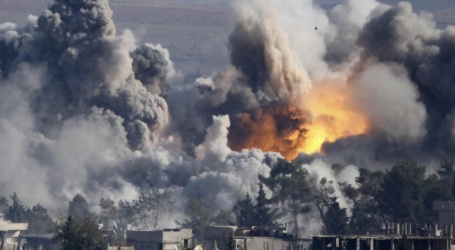 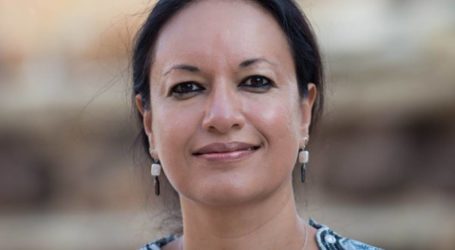