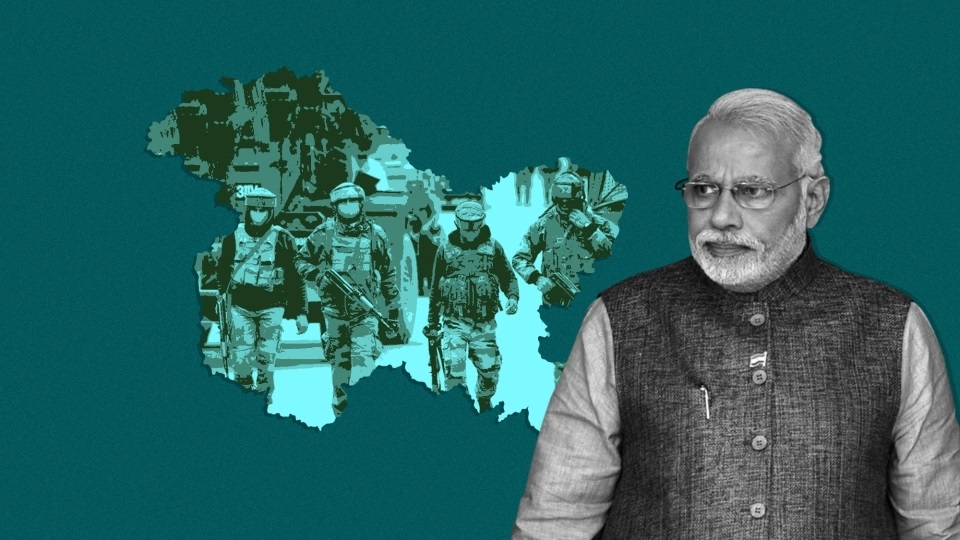 Kashmir is in crisis but no one really knows what the crisis is. The only piece of information from the government in the public domain is a statement from Jammu and Kashmir Governor Satyapal Malik’s office that “there were inputs of a possible attack on the Amarnath Yatra”.

J&K Governor Satya Pal Malik informed the delegation that the security situation has developed in a manner which required immediate action. There were credible inputs which were available to the security agencies regarding terrorist attacks on #AmarnathYatra.

Let us assume that this is indeed the case. Then a number of actions on the part of the government do not make sense.

“Keeping in view the latest intelligence inputs of terror threats with specific targeting of the Amarnath Yatra, and given the prevailing security situation in the Kashmir Valley, in the interest of safety and security of the tourists and Amarnath Yatris, it is advised that they may curtail their stay in the valley immediately and take necessary measures to return as soon as possible,” the order said.

The order is surprising. This is the first time that the Yatra has been stopped in the past 23 years. The Yatra was banned between 1991-1995 during the peak of militancy and it was resumed in 1996. Since then, the Yatra has not been banned despite attacks and tragedies such as the death of over 200 Yatris and several Kashmiri porters and security personnel in 1996 or the militant attacks in 2000, 2001, 2002 and 2006 in which several pilgrims were killed.

In 2017, seven pilgrims were killed when a bus was ambushed by militants near Anantnag. The Yatra wasn’t banned even after the attack in 2017, so why is it being banned now?

2. Why Evacuate Other Tourists?

The Governor’s statement clearly mentions a “specific threat to the Amarnath Yatra” so it is difficult to understand why other tourists are being asked to leave the Valley. According to ground reports, tourists living in houseboats in the Dal or even in the popular hill station Gulmarg were instructed by the police to leave the Valley as soon as possible.

Ever since militancy broke out in Kashmir, tourists have rarely been targeted and places like Gulmarg and the Dal lake have been almost immune from attacks.

Separatists and protestors too recognise the centrality of tourism to the livelihood of people and have seldom taken protests to areas frequented by tourists.

Despite this, the authorities are said to have instructed tourists to leave the Valley.

3. Why Suspend Classes in NIT?

Similarly, if the threat was specifically to the Amarnath Yatra, why was there an order suspending classes in the National Institute of Technology in Srinagar?

On Friday, a notice was reportedly issued in the college informing students that classes were suspended until further orders. Around half of the 800 plus students in NIT are from outside Kashmir and many of them have started leaving, following the institution’s orders.

Curiously, the district collector of Srinagar issued a statement saying that no orders had been given to NIT by the local administration. If this indeed is the case, why did NIT take this decision?

4. Why Restrict Movement of ‘Mainstream’ Leaders?

Srinagar witnessed a great deal of drama on the night of Friday, 2 August. Several mainstream politicians like former chief ministers Mehbooba Mufti of the PDP, Farooq Abdullah and Omar Abdullah of the National Conference tried to close ranks to push the Governor into giving an explanation on what’s happening in the Valley.

But many of them claimed that the Jammu and Kashmir Police was trying to restrict their movements. According to reports, the police blocked the gates of Mehbooba Mufti’s house when she wanted to go and visit Farooq Abdullah.

People’s Conference leader and Srinagar Mayor Junaid Azim Mattu claimed that the police stopped a car that was bringing medicines for his unwell daughter.

“Have they declared emergency or is this a police state?” an angry Mattu said.

The question here is that if there is a terror threat to the Amarnath Yatra in South Kashmir, why restrict the movement of mainstream politicians in Srinagar? Surely, leaders like Mehbooba Mufti, the Abdullahs or Junaid Mattu aren’t being viewed as threats.

A press conference by Jammu and Kashmir BJP president Ravinder Raina on Saturday afternoon appeared to be adding fuel to fire. Raina said that the BJP plans to “unfurl the tricolour in every panchayat of the state on Independence Day”.

If indeed the security situation in the Valley is tense, as the Governor and the Union government have claimed, why is the BJP making it worse by announcing such a campaign?

Raina didn’t stop there. He ranted against Artice 35A and Article 370, which grant special status to Jammu and Kashmir and are an emotive issue in the state.

Raina’s comments have once again sparked fears that the Modi government could be trying to scrap Article 35a, despite Governor Satyapal Malil’s assurance that there is no plan to tinker with it.

These five aspects indicate that either there is much more to the what’s happening in Kashmir than the “specific terror threat to Amarnath Yatra” version being given by the government or that the government doesn’t know what it is doing.

The build-up needs to be seen from the point of view that the BJP and RSS see Kashmir as an ideological battle, not just a geo-strategic issue. The immediate trigger for the build-up of security forces and the evacuation of Yatris, tourists and non-Kashmiri students might have been the intelligence input of a possible terror attack on the Amarnath Yatra. But it is part of the BJP’s broader plan of generating a national frenzy and pushing its ideological plan on Kashmir.

The BJP’s tricolour campaign – that Raina is referring to – also represents an incomplete mission for Modi. In 1992, Modi was organising the then BJP president Murli Manohar Joshi’s Yatra to unfurl the tricolour in Srinagar’s Lal Chowk. Militants had threatened to attack Joshi’s attempts.

According to reports, a few rockets were fired towards the venue but none of them reached there. However, after Joshi had unfurled the flag, the rod reportedly broke and the flag came down, hurting Joshi.

But Joshi’s march was itself a part of an even older ideological obsession of the BJP and RSS. In 1952, Syama Prasad Mookerjee, founder of BJP’s precursor Bharatiya Jana Sangh began a campaign against the special status given to Kashmir in the Indian Constitution. On 11 May 1953, he was arrested on his arrival in Kashmir and placed under detention. He died of a heart-attack on 23 June 1953. Many Sangh old-timers still blame the then Prime Minister Jawaharlal Nehru as well as Sheikh Abdullah, who was in power in Kashmir.

Mookerjee’s death and the 1992 Tiranga Yatra are both key milestones for the BJP and have deeply shaped PM Modi’s view of the Valley. While the present crisis may or may not lead to any concrete change, they are part of BJP’s larger political project in Kashmir. 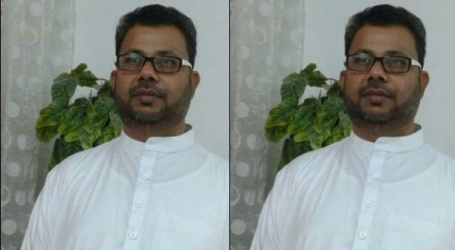