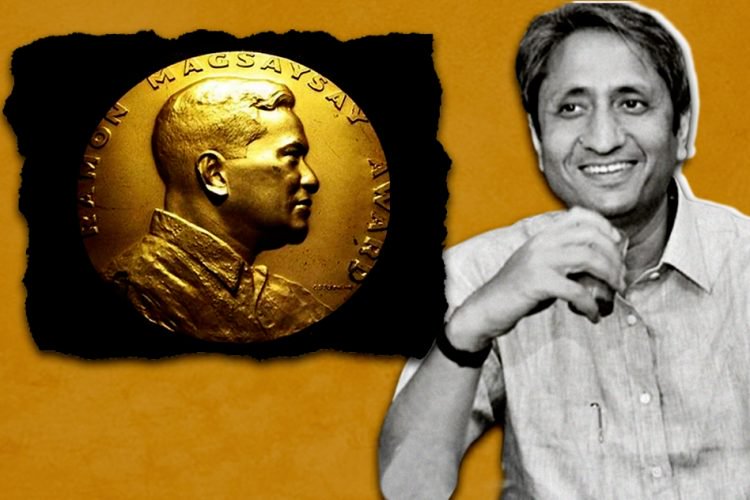 India, the largest democracy where we have the freedom of speech, and media being the fourth pillar of democracy, is supposed to be the highest form of freedom of speech. However when a journalist delves a little peeper, he starts questioning the entire nation as he sees something wrong prevailing in his surroundings. But freedom of press seems to be in danger in India as the ethics of journalism have become rara avis today. Journalists either truly follow ethics of journalism those are very little in number or are dominated by the politicians.

India ka Pulse surveyed thousands of people and they concluded that 74 per cent people don’t believe journalism independent in India. Yes a huge majority has lost faith in media today. Over 46,000 people participated in the survey. A small 16 per cent believe that media is still unbiased. While 6 per cent were not sure and a minority don’t care about is going on in media.

Rvish Kumar is one the exceptions who is well known for his moral courage in standing up for truth, integrity and independence in journalism. He tries to show the reality without any fear and changing. He questions those in power be it NDA or UPA for the issues people are suffering form on the ground field.

He has been named for the prestigious Ramon Magsaysay Award for “harnessing journalism to give the voice to the voiceless” and his “unfaltering commitment to professional ethical journalism of the highest standards”. Ravish Kumar is among the five recipients of the 2019 Magsaysay award, the Asian equivalent of the Nobel, which recognizes the greatness of spirit of transformative leadership in Asia.

The citation describes Ravish Kumar as a sober, incisive and well-informed anchor who has been most vocal on insisting that the professional values of balanced, fact-based reporting be upheld in practice. “If you become the voice for the people, you are a journalist”, it says.

It is the pride not only for Kumar but for all Indian citizens who still believe in reality and democracy. He became a great journalist of all time. He set an example of how to carry out the responsibility of news reporting and make people aware of the reality particularly in these difficult times when the truth is kissing of death. So he deserves every bit of this award.

Ravish Kumar’s show “Prime Time” has become one the most popular program in India in which he deals with real-life and raises the issues that always remain unreported by other media houses or ordinary people’s problems.

On this occasion NDTV too deserves equal appreciations to provide Kumar with a wonderful platform and space to explore his abilities. There are only few media channels and print papers that are driven by integrity in a sea of media channels that are cheerleaders of those in power. Ravish has shown what real journalism of courage is.

There are certainly some other journalists who are waiting for opportunities to stand up and fight in this battle. But Ravish Kumar has practically proved it and this quotation exactly can demonstrate him “Never be afraid to raise your voice for honesty and truth and compassion against injustice and lying and greed. If people all over the world do it would change the earth” (William Faulkner)

(Auther is a teacher at Markazul Ma’arif Education and Research Centre, Mumbai.)