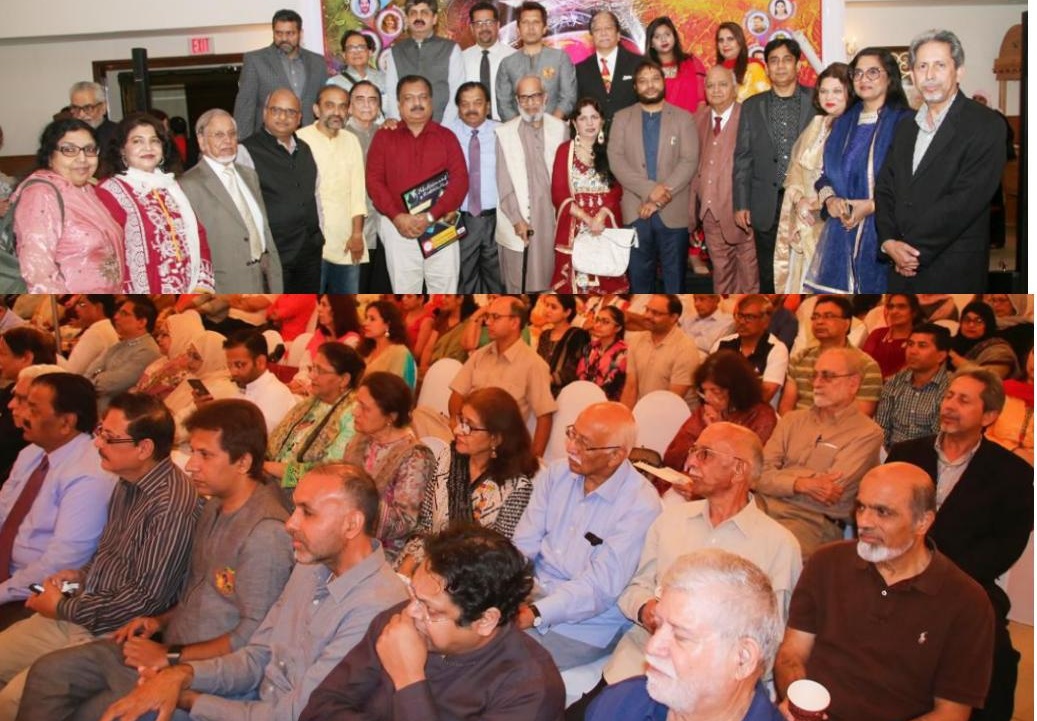 Reporte by Saeed Qureshi:On July 19 instant a remarkable International Mushaira was hosted by “AL-Noor International” whose president as well as founder is the famous poet ,community leader and social figure Dr. Noor Amrohvi
Dr Noor Amrohvi and well known personality in Asian community Dr shamsa Qureshi has been hosting such literary functions including the poetry sessions for almost 16 years. This Mushaira was unique and excellent because not only that the local poets participated but also the famous poets from India as well took part.

This unique poetry congregation was held in a spacious hall of Funasia. Funasia is the most sought-after place for holding meetings, social and cultural functions for over a decade now. The Mushaira was conducted by the host: world renowned Poet Dr Noor himself. It was presided by a senior poet Iqbal Hyder. The chief guest on the stage was most lovely person Dr. Shamsa Qureshi. Dr. Shamsa is not only an excellent poetess but has a reputation of being a patron, philanthropist Azhar Aziz was the Guest of honor.
The roles and contribution of other persons towards making this Mushaira a great success is as under:
It was one of the most laudable and successful Mushairas held in DFW in recent years.

This Mushaira last for over six hours with tremendous response and approbation from the audience. The specious hall was filled to its capacity and additional seating arrangements were made for the overflowing audience.
Every poet was dully and enormously applauded by the audience. The audience remained glued to their seats until midnight. At the end of the Mushaira, the host Dr Noor Amrohvi and Dr shamsa Qureshi thanked the poets as well as the audience for participation and gracing that rare and most successful and glamorous poetic session.
This report would be incomplete if the names of the organizing Committee are not mentioned. As a matter of fact, most of the credit goes to the committee that organized this memorable mushaira and ensured its success. The name of the committee are as follows:
Shawkat Mohammad ( a well known personality in Dallas )Shazia Khan,prominent radio host Mohammad Shah, Irfan Ali, Saleha Hyder, Zehra Khan, Pramod Rajput, Arshad Chishti, Mohammad Ali Siddiqui and Shabnam Yusuf.

There was quite a novel and interesting way of welcoming the poets to the stage. As soon as a poet would step on the dice, a shower of flowers would be released from a device placed on the entry part of the stage. The flowers would partially fall on the poet and partially over the stage. At the same time, there would be a sound heralding the arrival of the poet on the stage. As a poet myself, I have seen for the first time, this entertaining and interesting mode of welcome.
At the end of the Mushaira a sumptuous dinner was served to the poets both local and the guests.