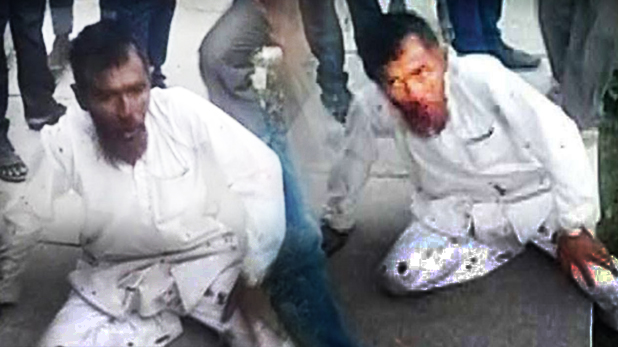 Nowadays, encircled in the news clip is the verdict by a district court in Rajasthan in Pehlu Khan’s case. The verdict escalated a storm of criticism against poor performance of Rajasthan police and administration and it completely shaken the family of Khan to the core.

The story started two years back when Pehlu Khan, a dairy farmer who was mercilessly and cruelly lynched by a mob of cow vigilantes that included a few minors next to the national highway in Rajasthan’s Alwar district on April 1 2017. Two days later Khan succumbed to death in front of his son Irshad’s eyes, losing the battle against injuries inflicted during the attack.

A case was filed against nine people, including three minors but on 14, August, just a day before Independence Day a lower court in Rajasthan set all six accused adults free on grounds of reasonable doubt. This was an absolute failure of Rajasthan police as the probe done by investigating team carries some serious shortcoming. It also demonstrates the negligence of Rajasthan police.

Three investigating officers, two sets of doctors with different opinions, two videos whose source remained suspect and two different sets of accused is a brief introduction of Khan’s case. The case was not a puzzle like rather it was a seemingly open-and-shut case which was shot on camera and beamed across the television screens and social media in the entire country.

But shockingly the way it collapsed in the court show how the Rajasthan police messed up the case that eventually left all the six accused walked free. The verdict although is respectable but what about Pehlu Kahn and his family that’s battling in the fray for last two years only for justice?

The court shut up the case that Khan expired in the wake of injuries he suffered during the assault on April 1, 2017; it said the police had failed to prove its case against any attacker. The question therefore remains: who killed Pehlu Khan?

The good news is that the Ashok Gehlot-led state government recently passed an anti-lynching law but a new law cannot change the attitude of the administrators. The wrath of the law will never strike when the authorities do not seem ready to set an example in a particular case. It is reality that a law is effective only if its implementation can stop concerning incidents.

Communalism is a pervasive phenomenon in Indian public life and mob-violence is an ugly expression of it. This, with no doubt, has devastating consequences for the country and Indian nation. The extent, the causes, the participants, agitators, and the cost of mob violence since 2014 require a careful scrutiny that’s not being attempted in any of the states. All the states should approach to realize the basic factors of rise in the level of mob violence against minorities, dalits and Muslims in particular.

Since the autonomy of independent institutions of the country is going under threat but in spite of that people believe in judiciary system. So I believe justice would prevail in Pehlu Khan’s case in higher court of Rajasthan. Otherwise it would be a plot on our judiciary and democratic system for ever where an openly murdered person did not get justice in the battle.